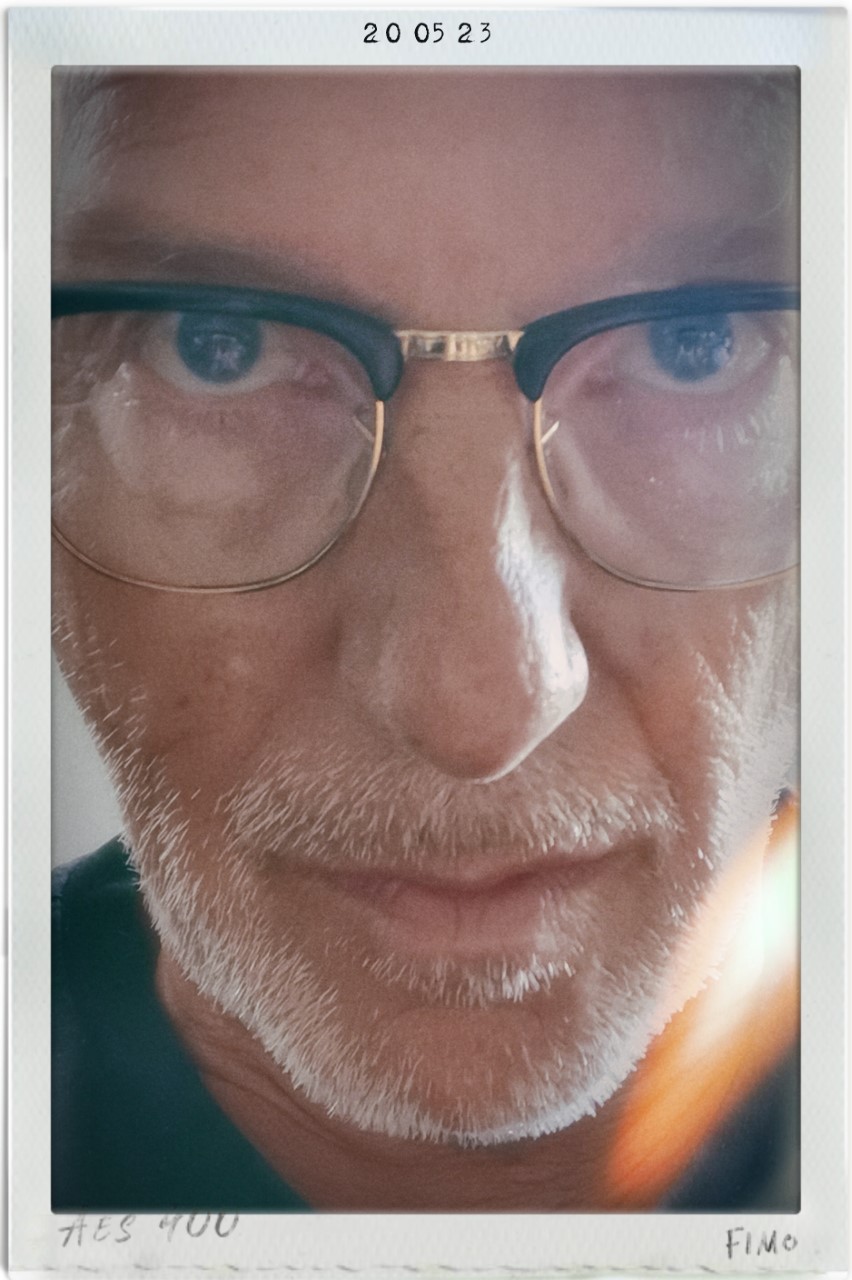 An artist who has received Ivor Novello, Grammy, BASCAP awards along with a flotilla of gold and platinum records, really needs very little introduction. Musical success is seldom measured in time spans of more than a few years, if not Andy Warhol's often quoted "fifteen minutes", so the fact that by the time Midge's single "If I Was" went to No1 in 1985 he had already crammed several musical lifetimes into a 10 year professional career speaks volumes - Slik, The Rich Kids, Thin Lizzy, Visage, Ultravox and of course the most famous one off group in musical history Band Aid had by then all had the guiding hand of his musical navigation.

Then you have to take account of Midge's musical directorship of a series of rock concerts for The Prince's Trust, Night of the Proms, Wicked Women for Breakthrough and in honour of Nelson Mandela; record production for Phil Lynott, Steve Harley and countless others; his video direction of memorable hits by the Fun Boy Three, Bananarama and others, or a whole swathe of landmark singles by Ultravox; TV, theatre and film music credits ranging from 'Max Headroom' to stage and big screen.

Midge appeared to the wider public in a moment of heady teen success with Slik. Their sway-along single 'Forever And Ever' took over at No.1 in the UK from Abba's 'Mamma Mia' on Valentine's Day 1976. Soon outgrowing Slik's pop dimensions, Midge was snapped up by ex-Sex Pistol Glen Matlock the following year for his new outfit, the Rich Kids, who charted amid an avalanche of press with a self-titled EMI single early in 1978. By 1979, with his name being added to many musicians' contact book, Ure had been asked by Billy Currie, Chris Cross and Warren Cann to become the new frontman in Ultravox.

The band was a major influence on the new romantic and electro-pop movements of the early '80s. Their successful trademark was combining Midge's powerful guitar riffs with sweeping synthesizer motifs, enigmatic imagery and state-of-the-art visuals. Tracks like 'Reap the Wild Wind', 'Dancing With Tears in My Eyes', 'Love's Great Adventure' and 1981's timeless 'Vienna' were all massive hits the world over as they charted with awesome regularity, not only on single, but with seven consecutive top ten albums in just six years. Indeed, Vienna recently was voted the Nation’s favourite number 2 single of the 80’s, finally granting it a coveted Number 1 position!

Even by then, the Midge Ure story had some individual chapters, of course. He wrote and produced “Fade to Grey” for Visage in 1980, then hit the top 10 in the summer of 1982 with his first release under his own name, an atmospheric take on the Tom Rush song made famous half a dozen years earlier by the Walker Brothers, 'No Regrets'.

Then came November 25, 1984, a historic day for Midge and all of pop music, as 36 artists by the collective name Band Aid gathered at SARM Studios in west London under Ure's production. They recorded 'Do They Know It's Christmas?' a song he had just written with Bob Geldof as the industry's heartfelt and eloquent contribution to Ethiopian famine relief. 600,000 copies sold in its first week in the UK alone was only the beginning: 800,000 more were bought in the second week, more than three million world-wide, and the unstoppable emotion engendered by the project led to Live Aid, the summer 1985 global concert that, all exaggeration aside, spoke for a generation.

Within months, a staggering £8 million had been raised for the starving in Africa, and Geldof said that without Ure's initial enthusiasm for the idea, not to mention his rapidly penned sketch for the single, neither Band Aid nor Live Aid could have happened.

Just two months after Live Aid, Midge was back at No.1 in Britain, this time under his own name, with 'If I Was', and by the autumn he had a No.2 solo album to accompany it, entitled 'The Gift'. Further solo albums followed with “Answers to Nothing” in 1988 and “Pure” in 1991 on BMG.

Delivered in 1994, the new 'Breathe' album was followed by further extensive touring. The Swatch campaign brought spectacular renewed international activity for the record in 1998. The album and eponymous single were subsequently in the top 20 throughout Europe for much of that year, and No.1 in Italy, Germany, Austria and Switzerland. 'Breathe' sold over half a million copies in Europe alone. Respected German composer Eberhard Schoener invited him to perform at the re-opening of the Potzdamer Platz in Berlin, in front of an estimated audience of 500,000.

Soon after Midge was busy producing and writing with and for various artists, both established and unsigned, at his studio in Bath, and writing music for films. Other duties included the 'Music for Montserrat' benefit at the Royal Albert Hall alongside Sir Paul McCartney, Elton John and Eric Clapton.

In 2005 Midge undertook both extensive acoustic tours of Germany and the UK as well as performing with the long standing "Night of the Proms" in Germany. This 21 date sell out tour of arenas saw a massive production with full orchestra and also starred Roger Daltry and Manfred Mann

He then went on to be executive producer for the Band Aid 20 single working with the likes of Paul McCartney, Joss Stone and Fran Healey.

Midge's services to both music and charity were finally recognized in the Birthday Honours list in 2005, when Midge was awarded a long overdue OBE. He also released his autobiography "If I Was" through Virgin books.

He's also received honorary doctorates from both Edinburgh and Dundee Universities, mainly in recognition for his work with Band Aid and Live 8. Midge actually managed to fit in a performance at the Edinburgh Live8 show in Murreyfield in July where he played with Eddie Izzard on piano! Surely a first!

Midge had long held an ambition to record an album of cover versions of songs that influenced him. He managed to record his own version of No Regrets in 1982, but it was to take 25 years and a change of format from LP to CD before he would record a full set of his favourite songs.

TEN was recorded in a log cabin in Eastern Canada during the long snow bound winter of 2007 - 2008 and was released again by German label Hypertension in September 2008.

The CD contains songs that influenced the teenage Ure when growing up in Glasgow in the 60s and 70s, so alongside the obvious (David Bowie) are the less obvious - The Carpenters...Lulu. These were the songs that had shaped him as a songwriter.

April 2009 saw the unthinkable happen - ULTRAVOX REFORMED and subsequently released a new album in 2012 and toured the UK and Europe culminating in the band being Special Guests of Simple Minds on their UK arena tour, ending at a sold-out show at the O2 Arena, London.

Even with huge amounts of Ultravox activity, Midge still continued to perform in his own right, including tours of Australia and the US in 2013. The US tour was recorded and released as “Live in Chicago”. He also recorded an updated audio version of his autobiography “If I Was” and as someone who always enjoys pushing the boundaries of technology, this was released on flash drive in 2014. His radio work with Trevor Dann has also received a pat on the back with prestigious gold & silver New York Awards.

Fragile was released in 2014 and was a return to his progressive synth roots with soaring melodies and introspective lyrics. With collaborations by Schiller and Moby, was playlisted by Radio 2 for 3 consecutive weeks.

2015, being the 20th anniversary of Breathe being completed, Midge decided to perform the album in its entirety for the first time. Ably accompanied by the boys from The India Electric Company, who had caught Midge’s attention at a show in 2013, the songs took on a new dimension and the show was a total success both with the critics and audiences throughout the UK and Europe. A live CD of the show was released by Oblivion/SPV.

Midge enjoyed playing with Joe and Cole so much that it seemed a natural progression to continue the format into 2016 with the Something from Everything tour, that went to Europe, the Middle East, Australia, New Zealand, Scandinavia, Ireland as well as the UK.

"I really enjoyed playing Breathe in its entirety and there were some surprising successes! Album, tracks that I didn't really expect people to be aware of became the stars of the show, and this started me thinking about revisiting some older material that I never envisaged playing again as well as a raft of hits. Then I decided it would be a fun idea to play something from every album I have recorded right from the Rich Kids, via Visage and Ultravox, to my latest solo album, Fragile"

Britain’s Best Part Time Band was a series filmed and aired by the BBC during 2016, which Midge co-hosted with comedian Rhod Gilbert. He also started work on re-recording his classic hits rearranged for a live orchestra which was released by BMG. Orchestrated charted at #12 and #5 in the Amazon chart in Dec 2017

After a summer of festival appearances, Autumn 2018 saw Midge and Band Electronica undertaking a major tour of the UK as special guests to The Human League culminating in a sellout performance at the prestigious Hammersmith Apollo.

2019 was the 40th anniversary of Midge joining both Ultravox and the side project, Visage. It seems very appropriate that he wanted to celebrate this occasion by touring both band’s seminal albums on his 1980 TOUR. This was the first time that the entire Vienna album had been played since the very original tour and combining it with a selection of highlights from the first Visage album alongside a selection of hits. Suffice to say the tour was welcomed and acclaimed by audience and media alike.

January/February 2020 Ure toured his one man ‘Songs, Questions and Answers’ Tour in North America where he would walk on stage knowing which two songs he would start and finish his set with and the rest of the evening would be guided by questions and song requests from the audience. Midge said “You have to be either very brave or very stupid to do something like this. You also better have a substantial catalogue to fall back on or it could prove to be a very short evening indeed”

In spring 2020 the 1980 TOUR hit New Zealand and Australia just at the same time as Covid-19. This led to the tour being cut short and Midge and the band returning home to and empty tour diary and a very different world. With touring stalled Midge devised a way of doing performances and keeping connected with his audience from his studio with the conception of the Backstage Lockdown Club. Ure said “I had seen many artists doing home concerts singing and playing into their webcams and irrespective of how good the artists were the look and sound were not really up to scratch. So I did a lot of research into Hi Res cameras and visual mixers etc and put together a ‘one man’ system which enabled me to webcast at a quality level’ He went on to say “This has been a lifeline for not just me but the audience as well”

Ure is now working on 3 albums including a follow up to Fragile, an Orchestrated Pt. 2 and a totally instrumental album.