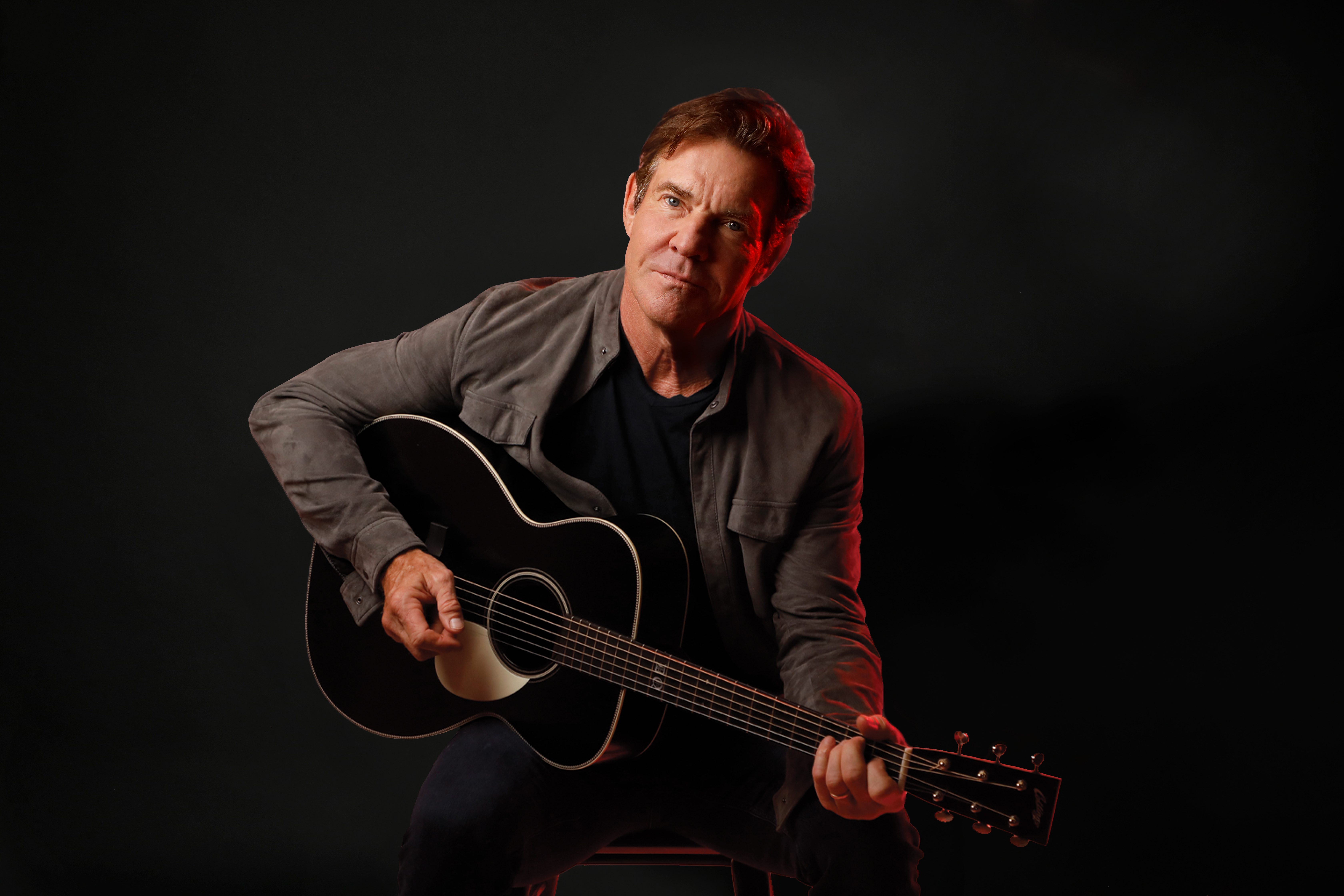 Audiences will experience the musicality and passion for playing live that have earned Quaid rave reviews. A riveting performer, Quaid captivates the audiences with engaging stories about his illustrious film career and stories behind the highly personal songs that will populate his forthcoming inspirational album set for release in 2022 via Gaither/Primary Wave.

During Quaid's lengthy shows, he covers some of his favorite songs from Jerry Lee Lewis as a tip of the hat to the "the Killer" who Quaid portrayed in the box office smash Great Balls of Fire!, displaying equal ease on the piano with rock 'n' roll classics as well as country standards with his acoustic guitar. Musically his shows encompass country and rock driven by his distinct vocals and anchored by his gift for telling compelling stories in his songwriting.

Multi-hyphenate superstar Dennis Quaid is an Emmy® Award and two-time Golden Globe® nominee, who's known for his roles in hit films The Rookie, The Day After Tomorrow, Traffic, Vantage Point, Frequency, The Parent Trap, Soul Surfer, The Right Stuff, Breaking Away, Midway and many more. More recently, his latest big-screen credits include starring roles in Sony’s thriller The Intruder, Universal’s A Dog’s Journey and A Dog’s Purpose, and Roadside Attractions’ I Can Only Imagine, among others.

On the television side, Quaid starred in and executive produced Netflix’s holiday-themed multi-camera comedy series Merry Happy Whatever. He also starred in the third season of Amazon’s Goliath opposite Billy Bob Thornton, which premiered in 2019. Quaid is currently in production portraying the 40th president of the United States in the biopic, Reagan, produced by Mark Joseph and directed by Sean McNamara. He will begin shooting American Underdog: The Kurt Warner Story in February, produced by Andrew and Jon Erwin of the Erwin Brothers, Lionsgate and Mark Ciardi (The Rookie). Other upcoming projects include The Tiger Rising opposite Katharine McPhee and Queen Latifah. Quaid is also developing The Charley Pride Story, which he will produce along with Ben Howard’s production company, Third Coast Content.

On the musical side, Quaid is currently in the recording studio working on a new Gospel album slated for release this summer.