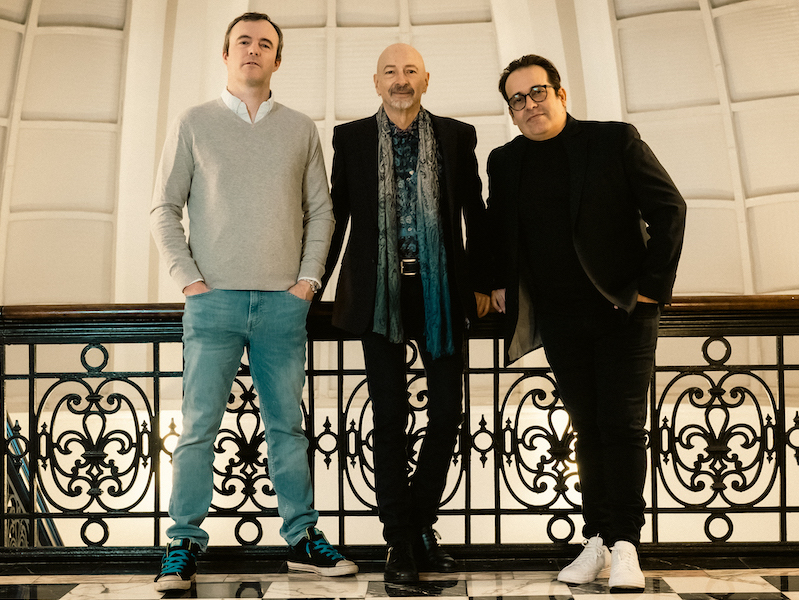 Drummer Steve Smith has been touring and recording with his all-star group Vital Information since 1983. The new line-up of Vital Information incorporates players with vast experience. Keyboardist Manuel Valera, a Guggenheim Fellow and Grammy nominated artist, who was born and raised in Havana, Cuba and now living in NYC, plays with many of the NY jazz elite like Antonio Sanchez, Dafnis Prieto and John Patitucci.

Bassist Janek Gwizdala, originally from London, records and tours with Peter Erskine, Mike Stern, Randy Brecker and is one of the most in-demand bass players in the world.

The new trio version of Steve Smith and Vital Information with Manuel Valera on acoustic piano and synths, and Janek Gwizdala on electric bass, collectively creates a powerhouse sound. Although the band is rooted in the straight-ahead swing of bebop, at times the group explores exotic time- signatures from the world of South Indian Carnatic music and they have arranged adventurous funk- driven renditions of jazz standards.

Steve Smith had this to say about Vital Information’s philosophy:

“Our music allows for individual expression and re-invention. We thrive on swing, groove and creativity. We want to surprise each other every night on the bandstand with new ideas and in the process keep our audience ‘in the moment’ with us.”

Seeing Steve Smith and Vital Information live is a perfect opportunity to experience their high-level musicianship, their sense of joy onstage and their collective virtuosic improvisation.

Vital Information is approaching its 40th Anniversary and Wounded Bird Records is starting the celebration with the 2022 release of The Complete Columbia Recordings, a four CD set of the first four Vital Information albums.

In addition to his 40 years leading Vital information, from 2016-2019 Steve Smith toured with the iconic rock band Journey, the group in which he recorded nine albums with massive hits. In 2018 alone, Journey played for over 1,000,000 fans in arenas and stadiums across North America. Smith has won numerous Modern Drummer Readers Polls and is a member of the Rock and Roll Hall of Fame.