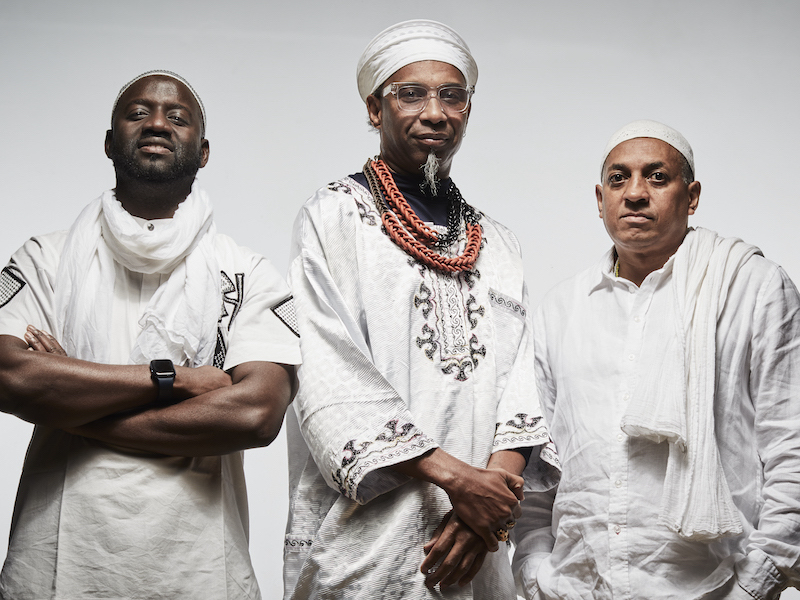 One of the most versatile jazz artists on the scene

Cuban composer and pianist Omar Sosa is one of the most versatile jazz artists on the scene today. He fuses a wide range of jazz, world music, and electronic elements with his native Afro-Cuban roots to create a fresh and original urban sound – all with a Latin jazz heart. Omar Sosa’s musical trajectory has taken him from Camagüey and Havana to touring in Angola, the Congo, Ethiopia, and Nicaragua in the 1980s; to a sojourn in the African-descent communities of Ecuador in the early 1990s; to an extended presence on the San Francisco Bay Area Latin jazz scene; to his current engagement with artists from France, Cuba, Brazil, and several North, West, and East African nations.

Mr. Sosa received a lifetime achievement award from the Smithsonian Associates in Washington, DC in 2003 for his contribution to the development of Latin jazz in the United States. Over the years, Omar has been nominated six times for a GRAMMY and twice for the BBC Radio 3 World Music Awards. In 2003 he received the Afro-Caribbean Jazz Album of the Year Award from the Jazz Journalists Association in NYC for his recording Sentir; and a nomination from the Jazz Journalists Association for Latin Jazz Album of the Year in 2005 for his recording Mulatos, featuring Paquito D’Rivera. In 2008, Omar Sosa was commissioned by Yerba Buena Center for the Arts in San Francisco and the Oakland East Bay Symphony to compose a major work for symphony orchestra (From Our Mother), supported by a grant from the Rockefeller Foundation. In 2009, Omar was invited by the city of Girona, Spain and the Festival de Músicas Religiosas y del Mundo de Girona to write another work for symphony orchestra (Oda Africana). Also in 2009 the Barcelona Jazz Festival commissioned a tribute to Miles Davis’ Kind Of Blue recording, featuring Afro-Cuban interpretations of the seminal Davis work on the occasion of its 50th anniversary. The compositions from this Kind Of Blue tribute form the basis of Omar’s new CD, Eggun, released in February 2013, with his new band, The Afri-Lectric Experience, featuring Joo Kraus on trumpet, Peter Apfelbaum on tenor saxophone, and Leandro Saint-Hill on alto saxophone. Special guests include Lionel Loueke and Marvin Sewell on guitars, and Pedro Martinez, John Santos, and Gustavo Ovalles on percussion.

Omar’s CD release with the NDR Bigband, Ceremony, received an ECHO Jazz Award in 2011 for Big Band Album of the Year.

In January 2012, Omar collaborated with celebrated Italian trumpet and flugelhorn player, Paolo Fresu, on the release of Alma. The CD features guest cello contributions on four tracks by the masterful Brazilian conductor, arranger, producer, and cellist, Jaques Morelenbaum (who also did the big band arrangements for Ceremony). Also in 2012, Mr. Sosa served as president of the jury for the Golden Jazz Trophy Awards in Arras, France.