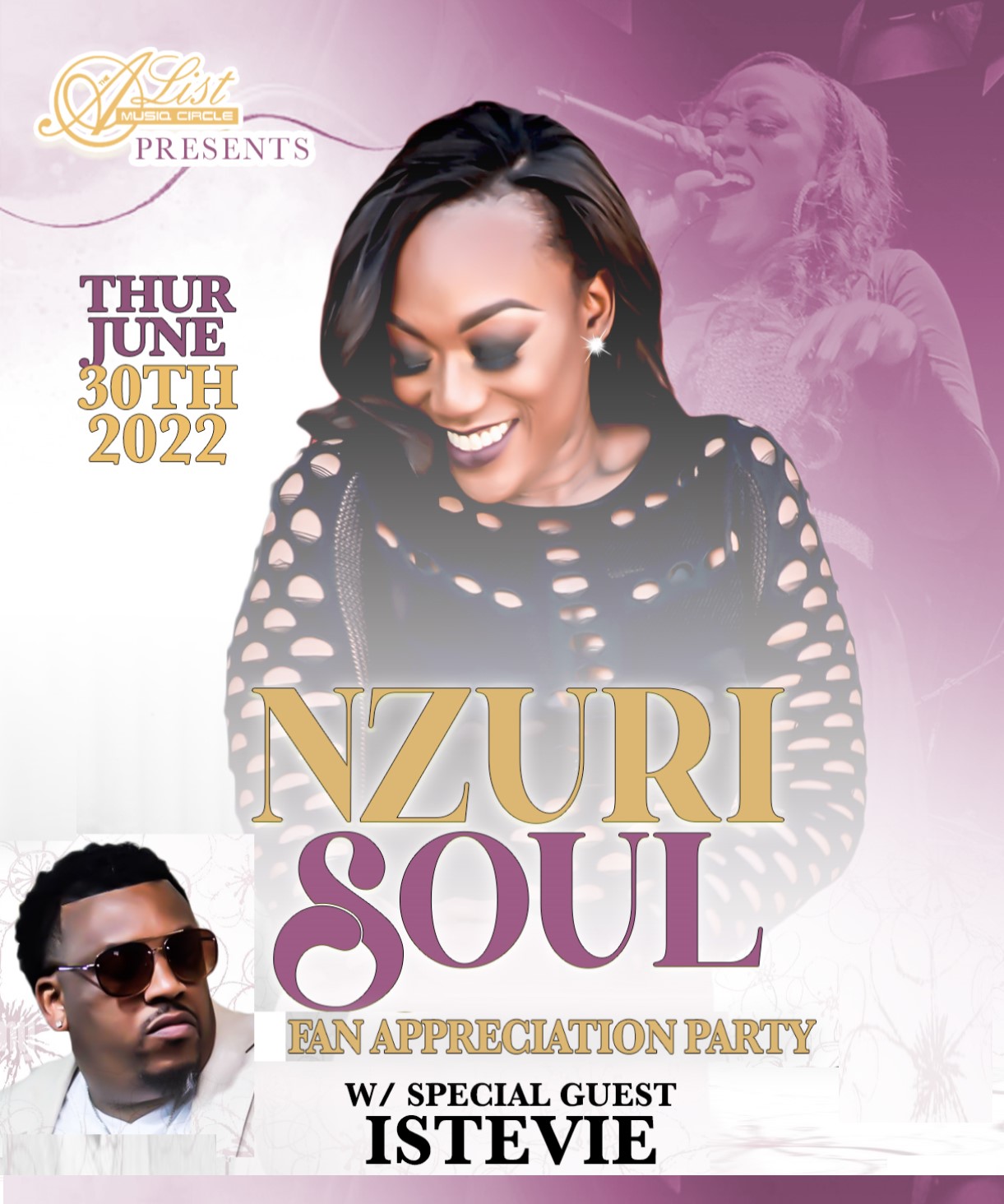 Nzuri Soul returns with a special dedicated performance for all her fans, friends & music family who have supported her over the years……this one’s for you! Come celebrate the evolving music career of one of Bay Area’s powerhouse vocalist & soul-sensations, Nzuri Soul, performing all her classic hit songs written & produced by this amazing independent recording artist,  including her new hit single release called “GIVE IT TO ME” now out on all digital music platforms & social networks. Also appearing as special guest, bay area recording artist, ISTEVIE..... This is one show you do not want to miss!

Nzuri Soul is a R&B soul-rock singer based in Oakland, California who has made a name for herself over the course of her eight-year career in the music industry with her powerful vocals, songwriting and entertaining stage presence.

She has released three full albums as well as a “Christmas in Egypt” holiday album. Nzuri is no stranger to performing at iconic California venues like Oakland's Fox Theatre, House of Blues Los Angeles & Las Vegas, The Fenix Club, The Empress Theater and now returning for her 5th headlining show at Yoshi’s Oakland. Nzuri Soul and her band have been awarded NCEM "R&B Band of the year" 2018 & 2019, "Entertainer of the year" 2019, 2020 BMA  " R&B Female singer of the year" and  "Best Female live performer".

Nzuri is also a well known Author with her release of her novel “ Egyptian Chronicles” earlier this year and is also the proud co-owner of Blocko Vegan Tacos.

Nzuri Soul and her Band is known for being a tight knit, all in dance party and this show is fully dedicated to the fans that have kept her career a thriving success.