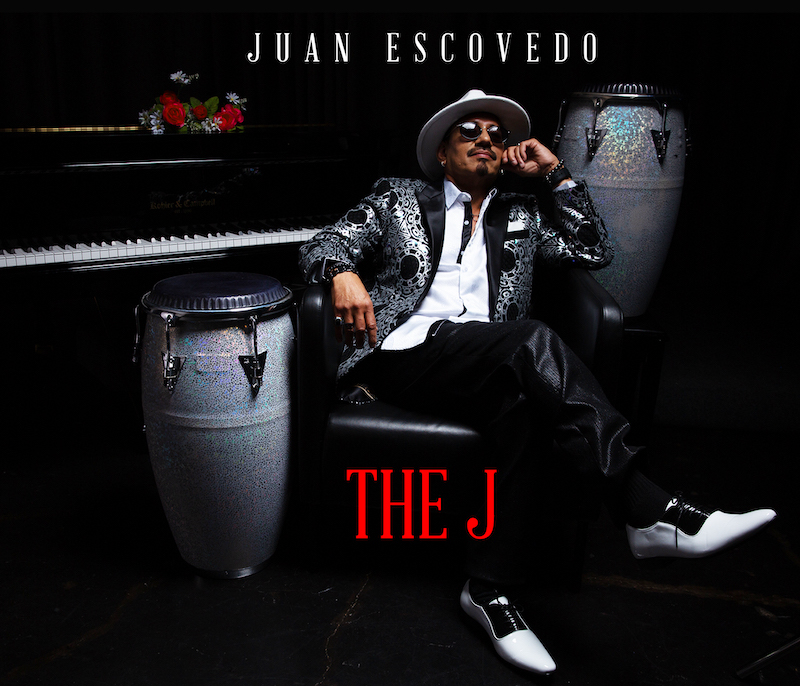 As a child, Juan taught himself to play bongos, congas, trap drums, timbales, percussion, and other instruments. When he turned 14, he went from studying with his father, Latin Jazz legend Pete Escovedo, to proudly performing with him.

Juan tours, writes, and records as a solo artist. He also tours with the Pete Escovedo Latin Jazz Orchestra, and with The E Family: his father, his brother,

While working on his solo CD, Juan continues to lead his own band, the Juan Escovedo Orchestra.

Juan’s first solo CD, produced by his brother, Peter Michael Escovedo, will be coming out soon. Juan wrote 7 of the CD’s songs with is co-writer, Michael Angel Alvarado. The CD features many special guests, including El DeBarge, Martin Kember of “Color Me Badd,” Raphael Saadiq, Eddie M., and the “Queen of Percussion”–and Juan’s big sis–Sheila E.