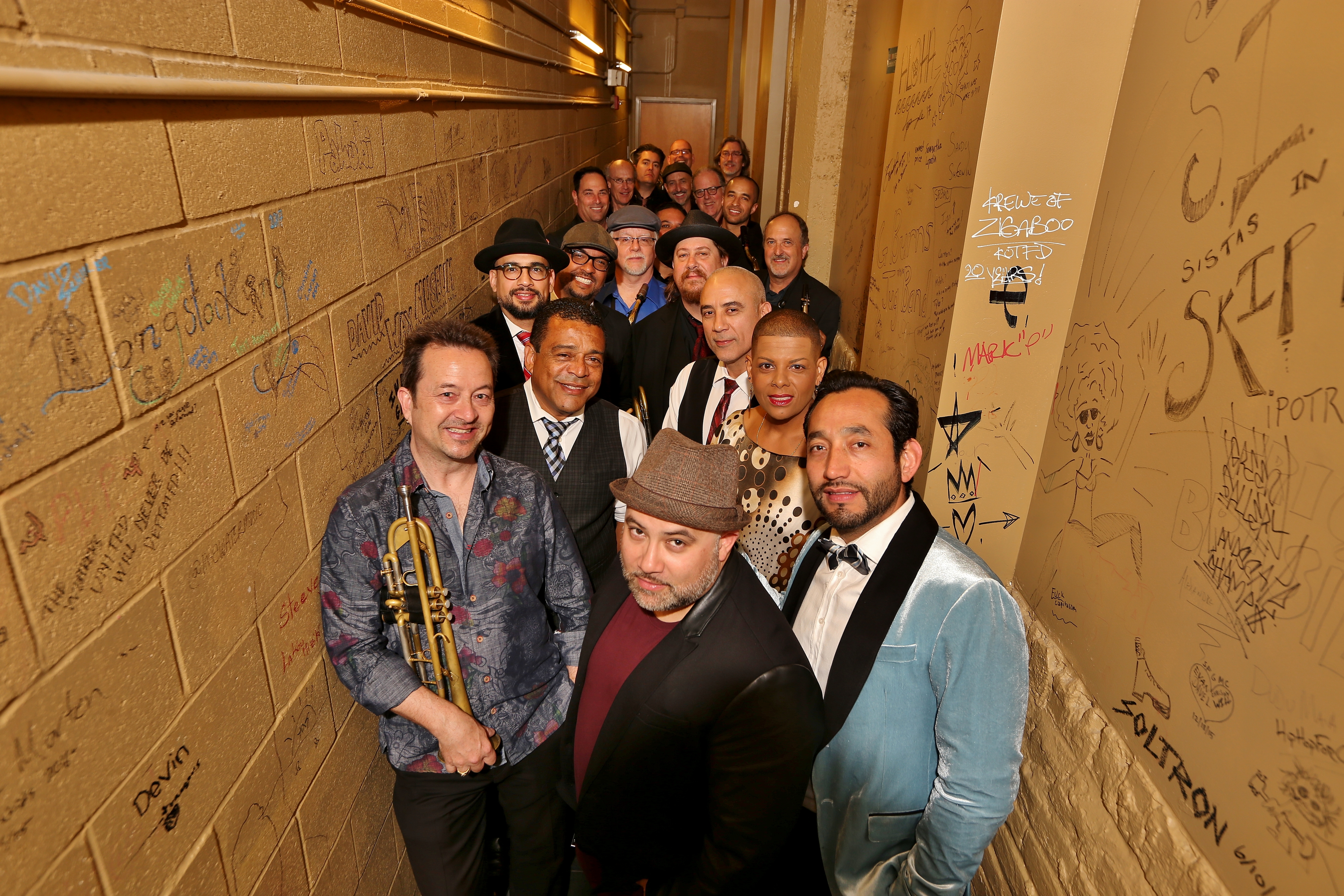 Pacific Mambo Orchestra is the 2014 Grammy® Winner for ‘Best Latin Tropical Album’ and is leading the rebirth of the Latin Big Band Sound.

Now in its 10th year, Pacific Mambo Orchestra’s new album ‘The III Side’ cements PMO’s claim to the legacy of Latin Big Band with a vengeance.

This is a perfect blend and example of how the Latin Big Band sound can appeal to young and new audiences alike in 2020.

Recognized as a global phenomenon, PMO effortlessly combines diverse genres such as Classical, Pop, Mambo, Timba, Cha Cha and Bolero into the now recognizable PMO sound, which is as danceable as it is appealing to the listener with its intelligent arrangements, superb musicianship and infectious energy!

PMO has performed nationally as well as internationally on the biggest stages and most prestigious Festivals in the world such as Monterey Jazz Festival, Stern Grove Festival, Montreux Jazz Festival, Mexico City’s 5th Annual Tribute to Salsa, Jacksonville Jazz Festival and many others.

Their 2014 Grammy® Award crowned PMO's 2013 National Tour of Performing Art Centers (produced by Columbia Artist Music LLC) in the US and was received with great acclaim by fans and critics alike.