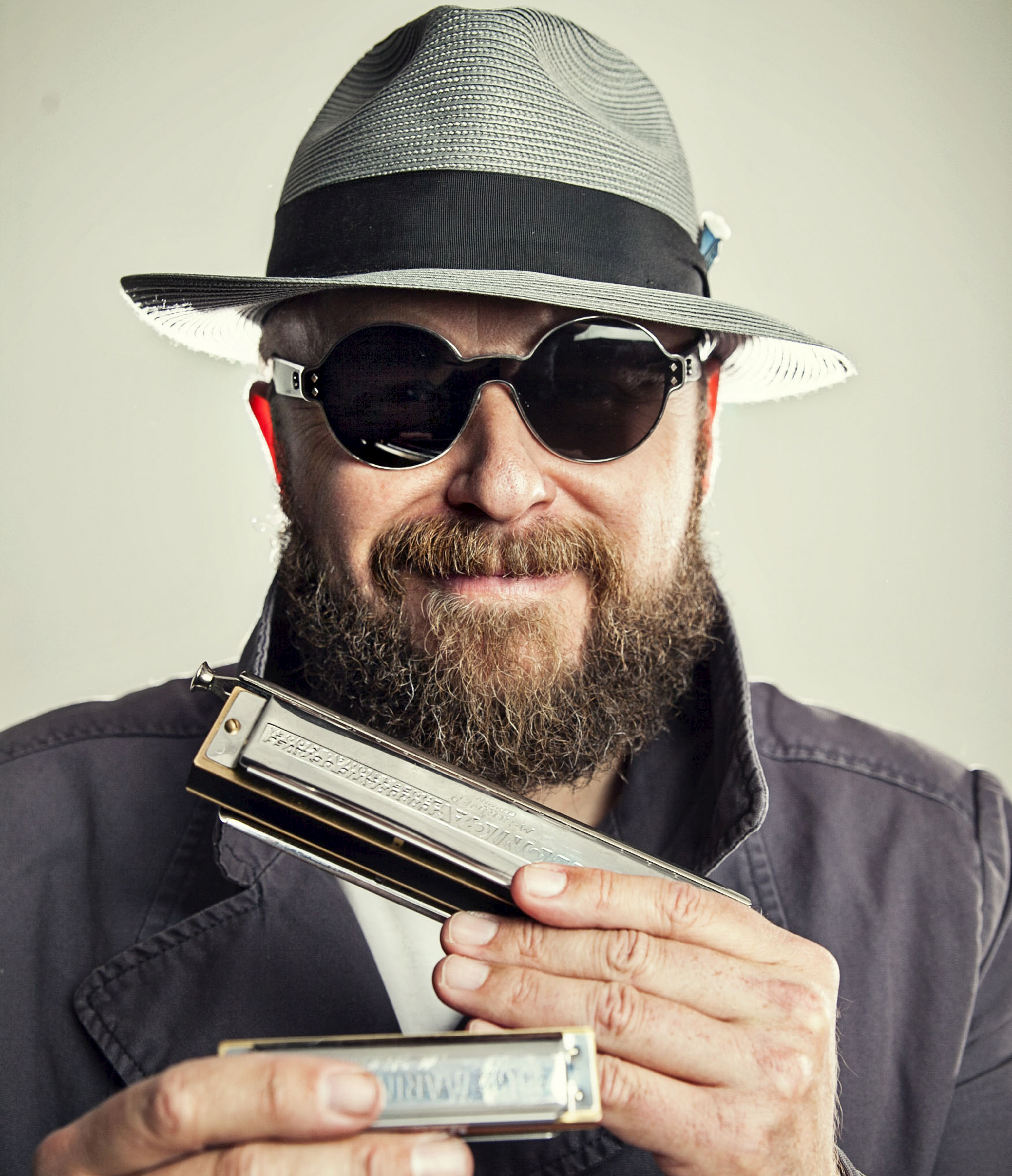 As a teenager in the early ‘90s growing up in the muddy potato fields of Idaho, John Németh was drawn to the hard-edged hip hop sounds and rock bands of the day, until a friend, Tom Moore, introduced him to the Junior Wells and Buddy Guy classic “Hoodoo Man Blues.” Together they formed Fat John & the 3 Slims, which is still regarded as a legendary band in the Boise region. John played harp and sang in local bands, often opening the show for nationally touring blues acts and quickly caught the ear of established blues musicians. It didn’t take long before he was releasing his own recordings, “The Jack Of Harps” (2002) and “Come And Get It” (2004), featuring Junior Watson, and performing in Junior Watson’s band.

John relocated to San Francisco in 2004, where he had the bitter-sweet good fortune to undertake a two-year stint with Anson Funderburgh and the Rockets, filling in for the ailing Sam Myers. Németh immersed himself in the deep musical waters of the Bay area, absorbing more of the soul and funk grooves of what he calls “the early East Bay Grease sound” of San Francisco and Oakland bands.

John’s talents did not go unnoticed and he soon signed a recording contract with Blind Pig Records. His national debut for that label, “Magic Touch” (2007), produced by Anson Funderburgh and featuring Junior Watson on guitar, received an ecstatic response from fans and the media, and he was hailed as the new voice of the blues. Living Blues enthused, “Magic Touch gives hope that the blues will survive.” In 2008 Németh was recruited by Elvin Bishop to do some performances and contribute four vocal tracks to his Grammy-nominated album “The Blues Rolls On.”

In 2013 John relocated to Memphis, Tennessee, where he teamed up with producer Scott Bomar and his classic Memphis Soul band, the Bo-Keys, to create an album of revisited soul classics, “Memphis Grease” (2014 Blue Corn), which debuted at #4 on the Billboard Blues Chart. John won the 2104 BMA for Best Soul Blues Male Artist, followed by “Memphis Grease” winning Best Soul Blues Album in 2015.

In 2017 Németh released “Feelin’ Freaky” (produced by Luther Dickinson) on his own Memphis Grease label, crushing all barriers of style and genre with an album of original songs that defied all the usual pigeonholes, drawing from his strong influences in blues and R&B, as well as contemporary sounds in hip hop and rock ‘n’ roll. Later that same year, Németh was part of a side project “The Love Light Orchestra Featuring John Németh” recorded live at one of Memphis’ favorite watering holes, Bar DKDC. The 10-piece band was initially envisioned by guitarist Joe Restivo, vocalist John Németh and arranger/trumpeter Marc Franklin.

Németh returned to Electraphonic in December of 2019 with his seasoned road band of young gun players, The Blue Dreamers, featuring 19 year-old guitar phenom from Philadelphia, Jon Hay, drummer Danny Banks and Matt Wilson on bass for a rowdy southern swamp roots session resulting in his 10th album, “Stronger Than Strong” demonstrating, yet again, his uncanny ability to skillfully blend retro and modern blues and soul into compelling music that is simultaneously old and new.