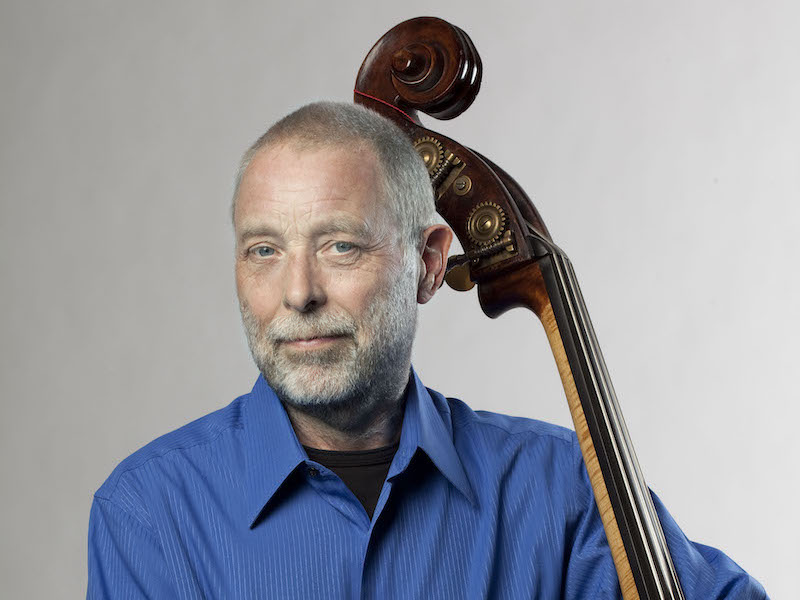 Dave Holland is a renowned bassist, composer and bandleader whose passion for musical expression of all styles and dedication to creating consistently innovative ensembles has propelled a professional career of more than 50 years. A guiding light on acoustic and electric bass, Holland has earned top honors in his field, including multiple Grammy Awards and nominations and the title of NEA Jazz Master in 2017. The bassist’s virtuosic technique and rhythmic feel, informed by an open-eared respect of a formidable spread of styles and sounds, is widely revered and remains much in demand. His playing can be heard on hundreds of recordings, including more than thirty as a leader.

Holland first rose to prominence in groundbreaking groups led by such legends as Miles Davis, Stan Getz, Sam Rivers, Betty Carter, Herbie Hancock and Anthony Braxton—as well as collaborations with the likes of Chick Corea, Gary Burton, Jack DeJohnette, and John McLaughlin. He carries that enviable history with little fanfare and extreme humility; to him what matters most is the immediate musical project at hand. Fittingly, he is today more celebrated for the bands that he continues to assemble, record and perform with—ensembles which range from duos and trios to big bands, and often feature musicians like ­­Steve Coleman, Robin and Kevin Eubanks, Jason Moran, Chris Potter, Eric Harland, Craig Taborn, among many others.

Holland’s­­­­ recent releases include Without Deception, which reunites him with longtime collaborator Kenny Barron in a trio setting with drummer Johnathan Blake; Good Hope, as the adventurous Crosscurrents Trio with Chris Potter and Zakir Hussain; Uncharted Territories, an expansive and exploratory improvised session with Evan Parker, Craig Taborn and Ches Smith; and most recently Another Land, a trio with Kevin Eubanks and Obed Calvaire.