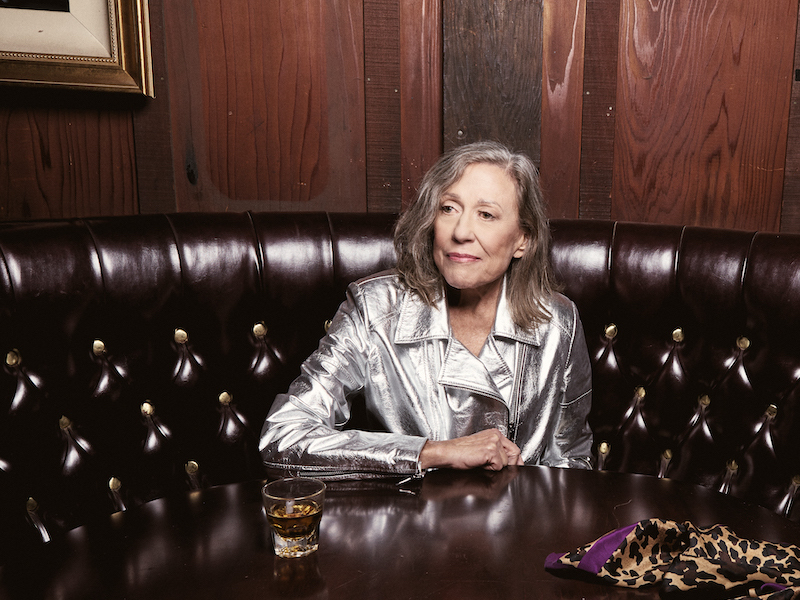 The "Queen of Texas Blues"

The blues captures life at its most pure. It literally speaks to the human spirit with no pretense, fuss, or gloss.

Nobody knows the blues quite like Angela Strehli does.

For over five decades, her voice has coursed through the genre akin to blood through a heart. Her influence can also be felt in the legacy of Antone’s—the iconic Austin blues club she founded with the late Clifford Antone that became internationally famous and still exists today. It was there that Angela sang with the likes of Muddy Waters, Jimmy Reed, Albert King, Otis Rush and many others, all of whom mentored and encouraged her. They were also friends.

17 years since her last solo LP, Angela magnifies her voice once again on her 2022 full-length debut for New West Records, the aptly titled Ace of Blues. The album also marks the first release of the relaunched Antone’s Records label as well.

“Blues music is songs about life,” she muses. “It has evolved, because life does. It’s about all of the emotions, the problems, and the triumphs people go through expressed in music. There’s no big production to hide the emotion. You have to really put it out there. In my case, I had wonderful musicians to bring it out of me. It’s all about the band,” she humbly states. “I don’t even enjoy singing with stage lights on me. I want to see who I’m singing to, because it’s for them.”

Angela discovered the blues by catching it on the air with a shortwave radio back in her hometown of Lubbock, TX. Megawatt stations beamed artists like Howlin’ Wolf out of Nashville, Shreveport, and Del Rio, Texas. Obsessed, she ordered 45’s by mail, because “I couldn't find blues at the local record store back then,” she says.

After studying at Carlton College in Minnesota, she worked for the summer as a social worker in San Antonio, where she also heard the soul stirring music at a nearby gospel church. Shortly after she finished her studies at the University of Texas - Austin, she joined James Polk and the Brothers, a Soul/R&B group and credits James with showing her how a professional band is run. She went on to form Southern Feeling with W.C. Clark and Denny Freeman, which became an Austin favorite. It was then that Clifford Antone became a fan and a friend and her amazing musical journey with all her heroes began. Her next move was to start The Angela Strehli Band which lead her to 5 consecutive awards from The Austin Chronicle for Best Female Vocalist.

The "Queen of Texas Blues" was born.

Angela then started Antone's Records. While also serving as President of the label, she released her first LP Soul Shake in 1987, followed by Dreams Come True with Lou Ann Barton and Marcia Ball in 1990. Blonde and Blue [1993], and Deja Blue [1998] followed. There was a Stevie Ray Vaughn Live from Carnegie Hall album where she brought down the house singing Albert King's “C.O.D.” Following her excellent Blue Highway in 2005, she eased into a prolonged hiatus, focusing on Rancho Nicasio in Nicasio, CA—which she and her husband Bob Brown still own and operate. Nevertheless, it would be Bob who finally encouraged her to pick up the microphone again.

“He said, ‘You haven’t made a record in 15 years, maybe you should’,” Angela recalls. “We came up with a concept to pay tribute to the artists who had inspired me, by doing some of their songs. I’d already sort of said what I wanted to say about my own life, so this felt right. Luckily, the musician friends I wanted to record with were available. We just got it done. It was a piece of cake, which is always a good sign when it’s fun and goes really fast.”

Fittingly, she introduces the record with a soulful and cinematic cover of Bobby Bland’s “Two Steps From The Blues.” Her voice swoons in a low register over a hypnotic horn section and delicate beat. "In a lot of ways, it was the most challenging song for me. The dramatic opening of the horns catches your ear. It makes you listen harder.”

Piano rings out through a simmering guitar riff as her voice resounds on “Person To Person” popularized by Elmore James. Elsewhere, she leans into the raucous and rowdy groove of Chuck Berry’s “You Never Can Tell” with fire and flair on the famous French adlib. Guitar wails on Otis Rush’s “Gambler's Blues,” while she ignites the Muddy Waters standout “I Love The Life I Live” with respect and reverence. "When you’re on stage with somebody of Muddy’s caliber, that’s like going to college,” she grins. “He had three guitarists in his band, but everybody was under his direction. The command he had was a great lesson in and of itself. He knew how to behave on stage and let everybody shine.”

Taking a Dorothy Love Coates staple for a spin, “I Wouldn’t Mind Dying” affirms her love for gospel with its cathedral-size crescendo. Angela serves up a heartfelt homage to Howlin’ Wolf on “Howlin’ For My Darlin" which she often covers on her live shows. The record concludes with a beautiful and personal tribute to Stevie Ray Vaughan entitled “SRV.” As the only original on Ace of Blues, it celebrates their friendship, creative connection, and musical bond with one of the most heartfelt, hypnotic, and hard-hitting performances on the record. "It took me a couple of years after Stevie’s passing to be able to explain how I felt about him,” she admits. I wanted it to be a genuine tribute.

When we initially met, I did a little bit of everything at Antone’s. Stevie would come and hang out to see if Albert King or another of his idols would walk in. But one day, he came in just to ask me ‘How am I going to downsize to a trio where I have to really sing?’ It was obvious he didn’t have any trouble playing guitar. I said, ‘Stevie, just think of one song you love and start singing only that song until you’ve nailed it’. Of course, he happened to pick a song I did regularly called ‘Texas Flood.’ It became the title track of his debut album with Double Trouble and a hit for him, so I ended up having to drop it from my set! Later on, he took me with him to his most important gigs. I could finally 'tell my folks' about CBS Records’ International Convention in Hawaii, or Carnegie Hall. It was a fantastic, fun time. Writing ‘SRV’ was the only way I could really thank him.”

The artists represented by these songs have meant so much to Angela that Ace of Blues might just be her most powerful, passionate, and personal body of work. “I wanted it to move people,” she leaves off. “Blues isn’t meant to be sad. It’s just truthful music about the hard times…and the good times.”