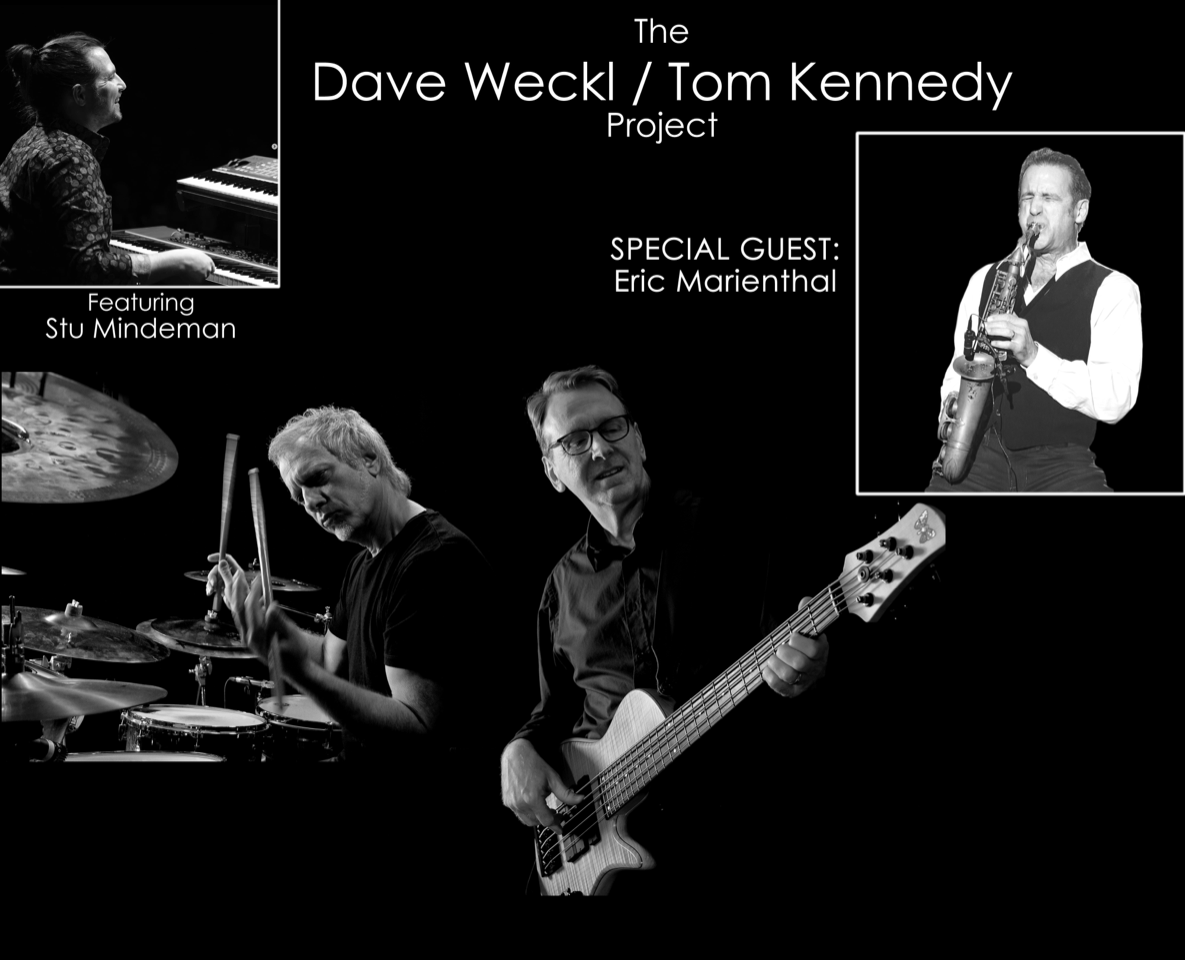 The Dave Weckl / Tom Kennedy project is an all-star fusion experience featuring three icons of jazz and one of the hottest young keyboardists around.

For more than 40 years, Dave Weckl has developed and maintained a reputation among fans, peers, and the international music community, as one of the great living drummers. His contributions to iconic music, music education, and the gear that drummers use, are many. Modern Drummer magazine has inducted Weckl into their Hall of Fame (2000) and named him “one of the 25 best drummers of all time.” He is known for his work with Chick Corea, Mike Stern, The Brecker Brothers, Michel Camilo and Lee Ritenour and his many solo projects.

Tom Kennedy, a longtime collaborator with Dave Weckl, is an accomplished touring and studio musician who ranks as one of the top acoustic and electric bass players in the world. His credits include performances and recordings with both mainstream legends and leading contemporary players. Tom’s musical roots are with the acoustic bass, an instrument he started playing at age 9. Within a few years he was performing with internationally known players such as Freddie Hubbard, James Moody, Nat Adderly, Sonny Stitt and Stan Kenton.

Special guest, multi-Grammy nominated, Eric Marienthal is well-known for his work alongside Dave Weckl in the Chick Corea Elektric Band. In addition to his many solo releases, Marienthal has teamed up with bands by Lee Ritenour, David Benoit, Jeff Lorber, Chuck Loeb, Rush Freeman, and many more.

Introduced to the piano at four years of age, Stu Mindeman spent his formative years in Santiago, Chile, and Chicago, Illinois. He often shares the stage with popular jazz singer Kurt Elling and has also performed with Fareed Haque, Gloria Estefan, and many more. Stu maintains a busy performance schedule throughout the world; on-stage and behind the scenes as a composer, arranger, and producer.