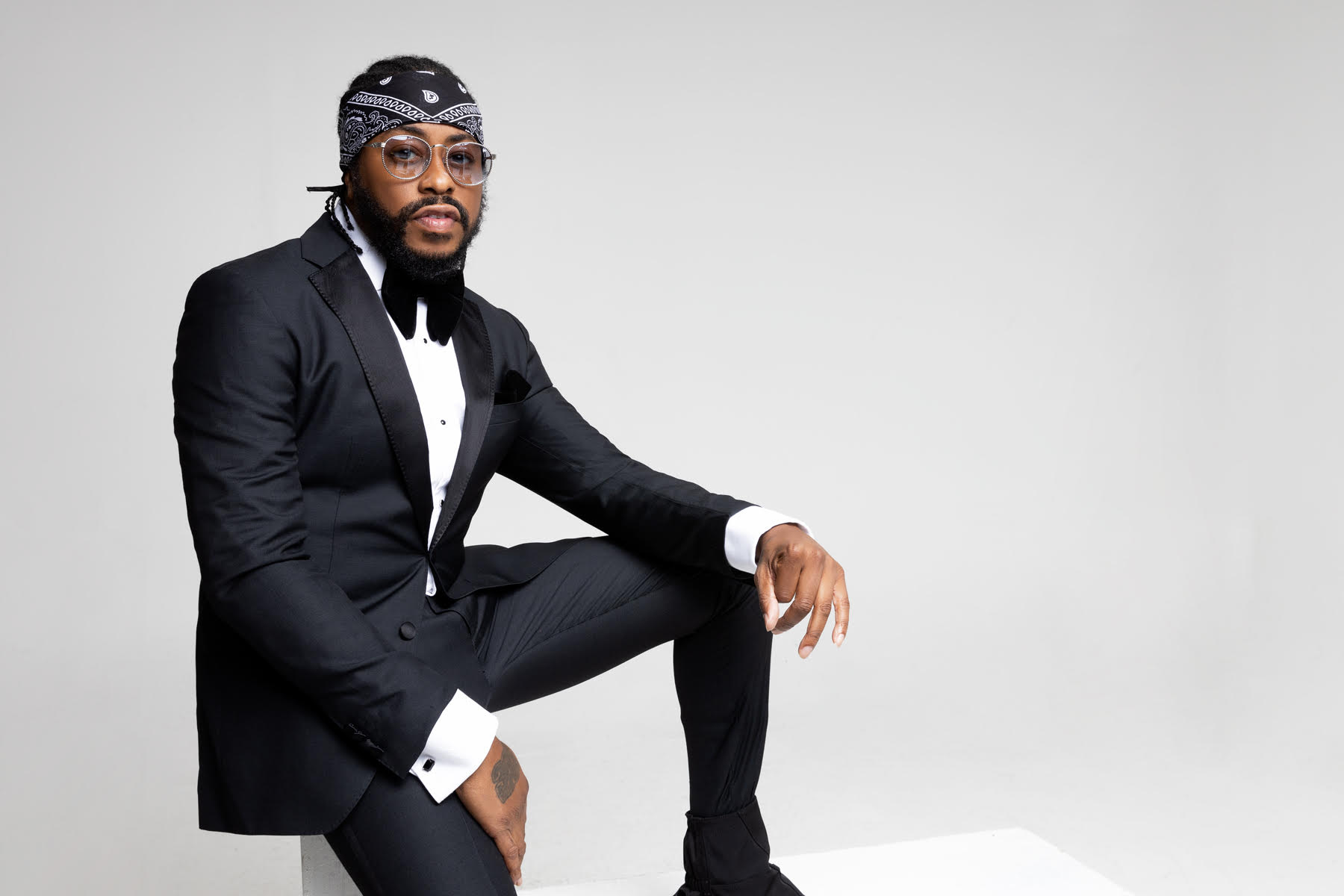 Raheem DeVaughn has proven that post-millennial R&B artists can be traditional and progressive at once and achieve commercial longevity without concessions to pop radio. The singer, songwriter, and producer paid his dues in Washington, D.C.'s music scene. A few years after he was showcased on DJ Jazzy Jeff's The Magnificent, he debuted on the Billboard R&B/hip-hop chart with "Guess Who Loves You More" (2005). Parent album The Love Experience, DeVaughn's first, began a streak of artistically adventurous, Top Ten R&B/hip-hop full-lengths with depth far beneath the singles. Among his subsequent achievements are Grammy nominations for the songs "Woman" (2007) and "Customer" (2008), both off the number five Billboard 200 hit Love Behind the Melody, as well as a Best R&B Album nomination for LP three, The Love & War MasterPeace (2010). DeVaughn transitioned out of the major-label system while maintaining his affinity for sprawling, loosely conceptual full-lengths. These releases range from A Place Called Love Land (2013) to From Lust to Dawn (2022).

The son of jazz cellist Abdul Wadud, Raheem DeVaughn was born in Newark, New Jersey and was raised in Maryland, near Washington, D.C. He kicked his career into gear by performing at coffee houses and small clubs in D.C. and by selling CD-R recordings, aided in part by the cash reward from winning a talent contest. DeVaughn gained ground in 2002 with three featured spots on DJ Jazzy Jeff's The Magnificent, as well as contributions to Billy Crawford's Ride and Heather Headley's This Is Who I Am.

Signed to the Jive label, DeVaughn issued a promotional single for "Until" the following year, an Isley Brothers-sampling track that showcased his soul-rooted, socially conscious approach to contemporary R&B. The song was produced by early supporters Cliff Jones and Jerry Vines, the latter of whom also became the artist's long-term manager. DeVaughn's first official single, the Kenny Dope-produced "Guess Who Loves You More," entered Billboard's R&B/hip-hop chart in early 2005 and peaked at number 38.

Debut album The Love Experience followed that June, reached the Top 50 of the Billboard 200, and began a streak of Top Ten entries on the corresponding R&B/hip-hop chart, aided by second charting single "You," another radio favorite.

Love Behind the Melody, DeVaughn's second full-length, arrived in January 2008. Its first single, "Woman," was his biggest hit yet -- number 17 R&B/hip-hop, and number one on the adult R&B chart -- and was nominated for a Grammy in the category of Best Male R&B Vocal Performance. "Customer," a number 12 R&B/hip-hop hit, was nominated the next year for Best R&B Song. Led by the late 2009 single "Bulletproof," featuring Ludacris, The Love & War MasterPeace debuted in March 2010 at number nine on the Billboard 200 and at number three on R&B/hip-hop. Featuring much more socially conscious material than the average contemporary R&B release -- including "Nobody Wins a War," on which DeVaughn was joined by a large ensemble that included cousin Chrisette Michele, Jill Scott, Anthony Hamilton, and Bilal -- it received a Grammy nomination for Best R&B Album. By the end of 2012, DeVaughn's own featured appearances numbered in the dozens. His secondary discography reads like a list of favorites from a rap fanatic with a well-defined, all-region aesthetic. Talib Kweli, UGK, Guru, De La Soul, Ghostface Killah, Big K.R.I.T., E-40, and Rapsody are among the artists who he's collaborated with.

DeVaughn went independent with A Place Called Love Land. Released in September 2013 on the Mass Appeal label, it nonetheless went Top Ten R&B, like his three preceding LPs, with a high dose of intimate slow jams. After he made a pair of crucial contributions to the Roots' ...And Then You Shoot Your Cousin, DeVaughn completed his fifth album, Love Sex Passion, with assistance from the likes of Chucky Thompson, Dre King, and the Colleagues. It arrived on eOne in February 2015 and spawned the singles "Queen" and "Temperature's Rising," both of which hit the adult R&B chart. Shortly thereafter, DeVaughn and actor/poet/rapper Wes Felton reactivated the CrossRhodes, a long-dormant side project, with the socio-political-minded Footprints on the Moon, their first official album as a duo. DeVaughn resumed solo work with Decade of a Love King, issued in October 2018. Like the CrossRhodes set, it was self-released with support from BMG Rights Management. Within the next two years, the singer issued The Love Reunion and What a Time to Be in Love through SoNo Recording Group. The Colleagues received co-billing on the latter album. In 2021, DeVaughn teamed with producer Apollo Brown for Lovesick, issued by Mello Music Group. 2022 saw the releases of the Bee Boy$oul-assisted Back 2 Love and the summery, collab-heavy mixtape From Lust to Dawn.