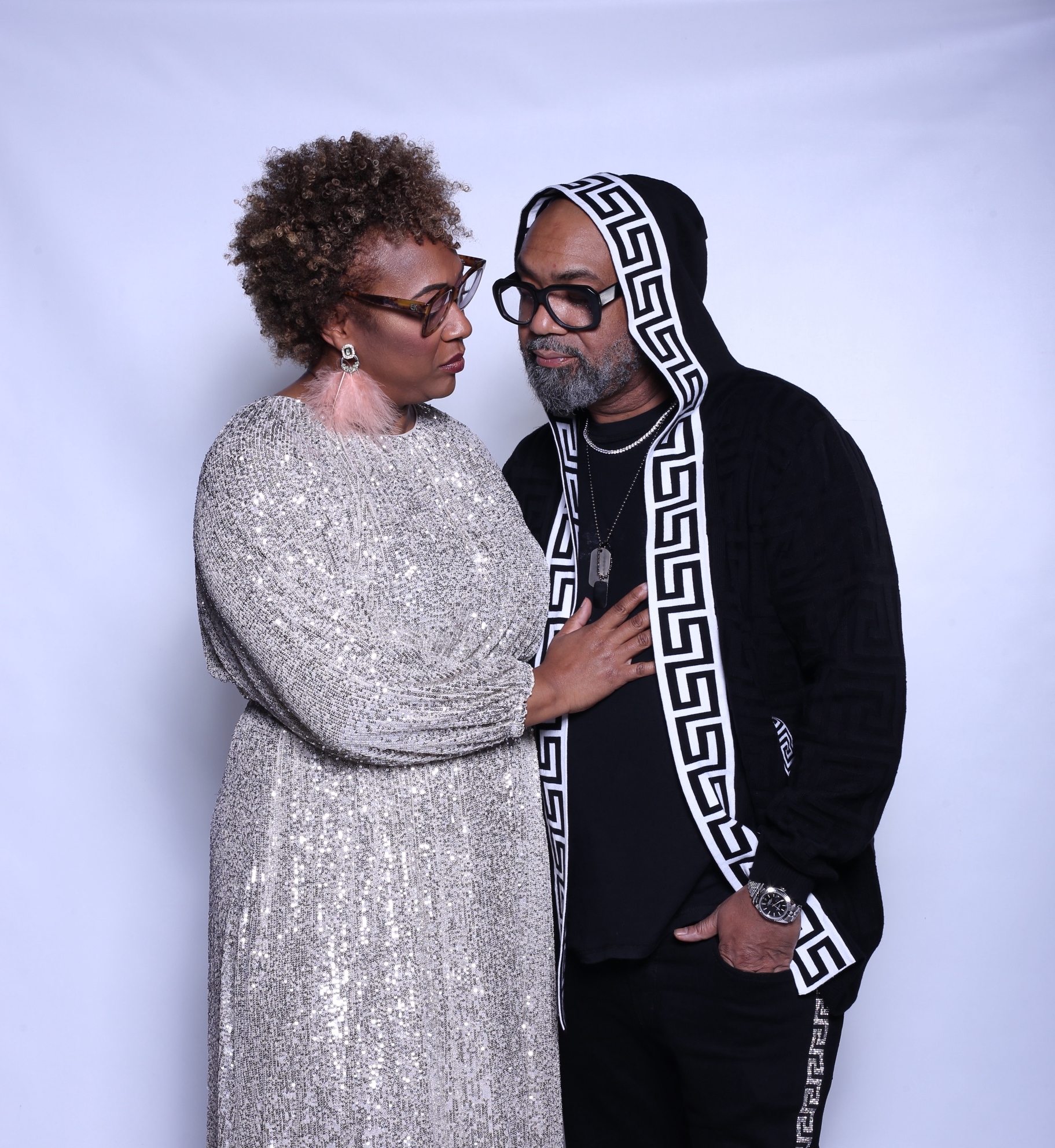 Kindred The Family Soul is simply Aja Graydon and Fatin Dantzler; artists, songwriters, lovers, family. Both got their start as teenagers. Fatin producing his first released material with Bell Biv Devoe at 17 and Aja receiving her first recording contract from Delicious Vinyl at 14, these two “grew up” in the record business. In 1997 they were introduced via hip hop band, The Roots, production camp. Fatin was a hired gun to write songs for Aja’s solo project at the time. By the fall of 1998 they became husband and wife and while assuming the roles of a new couple and new parents, Fatin took a job selling appliances and Aja became a homemaker caring for their first born, Aquil. After being unexpectedly let go from his job the couple contemplated the future. They'd developed a strong creative chemistry for Aja’s solo project so they decided to try performing as a team and Kindred The Family Soul was born. Performing weekly at the famed “Black Lily” showcase at a small club called The Five Spot, Kindred developed a reputation for electric live performances featuring a 10 piece band. Hustling parents of a toddler by day and ripping stages by night. This amazing event would, along with Kindred, foster careers from the likes of Jazmine Sullivan, Floetry, Jaguar Wright, Musiq Soulchild and a host of others. A regular patron/performer at the Lily was Jill Scott. She was close to releasing her classic first album and decided to introduce the president of her then label, Hidden Beach, to her friends Aja and Fatin. This introduction would change everything.

In 2003 Kindred The Family Soul released their debut album Surrender to Love. “ Far Away” and “Stars” both became top ten urban adult contemporary hits and anthems for lovers everywhere. The album received a Soul Train Award and a BET Award nomination. The group began producing events and showcasing new talent as well. One such event was “The Upper Room” featuring a then unknown, John Legend and Jazmine Sullivan. All after welcoming their 2nd child Diya into the world.

Their second album, “In this Life Together” was released in 2005. The project's lead Single “Where Would I Be (The Question)” was a wonderful follow up hitting top 10 on urban AC radio and boasted crowd favorite, “Woman First”, an anthem addressing the sacrifices of women for their family and relationships. The second album solidifies Kindred The Family Soul as a voice for families and couples. Presenting a needed image of “Black Love” in an industry that rarely highlights it. Just prior to its release they would welcome their 3rd child, Nina.

The 3rd album,The Arrival, was released in 2008. Singles like “House of Love” and “Just the Way You Are” continued the tradition of celebrating love and fortitude. Kindred began producing their own music videos and both songs were known for their touching visual stories. Both were mainstays on VH1 Soul and Centric. The title,“The Arrival” was a nod to the birth of the couples set of twin girls, Lanaa and Ain.2009 was a year of great change. The first black president was in the midst of his first term. The country was in a financial slump and the group found itself without a label deal. Kindred The Family Soul began documenting their journey through this climate of change in a web series called “Six Is It!”, named jokingly about expecting their sixth and final child, a boy. Deen.

In 2011 they released their first album with Purpose/Shanachie records, “Love Has No Recession”. An album about triumph over adversity and the enduring power of love. Critically acclaimed and compared in intent to the classic, “What's Going On?”. The album featured single “Magic” and “You Got Love” a surprising collaboration with Snoop Dogg offering a sixteen bar verse about his love for his wife. The group also founded a media company, The Media Shack and produced and directed 5 music videos for the album. They also continued to produce the web series for 3 more seasons.

2013 Kindred digitally released a live album to celebrate the 10th anniversary of the release of their debut album Surrender To Love. It was a rare recording of the group live in London performing every song on the the then, just released album.

The 5th album, simply called “A Couple Friends” was released in 2014. Kindred along with Shanachie records produced a short film directed by hometown friend Jamal Hill, to accompany this album. The film follows the story of couples connected to Kindred The Family Soul and how they move through their challenges with love and friendship as the anchor. The group also wrote their first children's book, “Mama said, “Clean Up!”” based on a freestyle song performed by all their children and featured on the album. 2014 also ushered in a commitment to community. Kindred The Family Soul began producing two annual events in their hometown of Philadelphia. Kindred The Family Games and Kindred The Family Reunion, both free to the public.

In Spring of 2015 they received an opportunity to be a part of a national commercial for Walmart. Highlighting the culture of the family reunion, Kindred The Family Soul and all six of their children were featuring during a summer long campaign. The commercial received over a million hits on YouTube and is still of the most watched ads ever produced by the retail giant. Kindred released their 6th studio album titled Legacy of Love in August or 2016 . The lead single hit number 1 on soul charts in the UK and top 40 on AC charts here in the States. Considered timely and needed the single titled ,”All my People” paints a vision of equality, peace and unity.The group stays touring consistently to promote the catalogue.In March 2017 the group started producing a web based conversation/performance series called “Kindred Presents”featuring artists,cultural icons,actors and such.