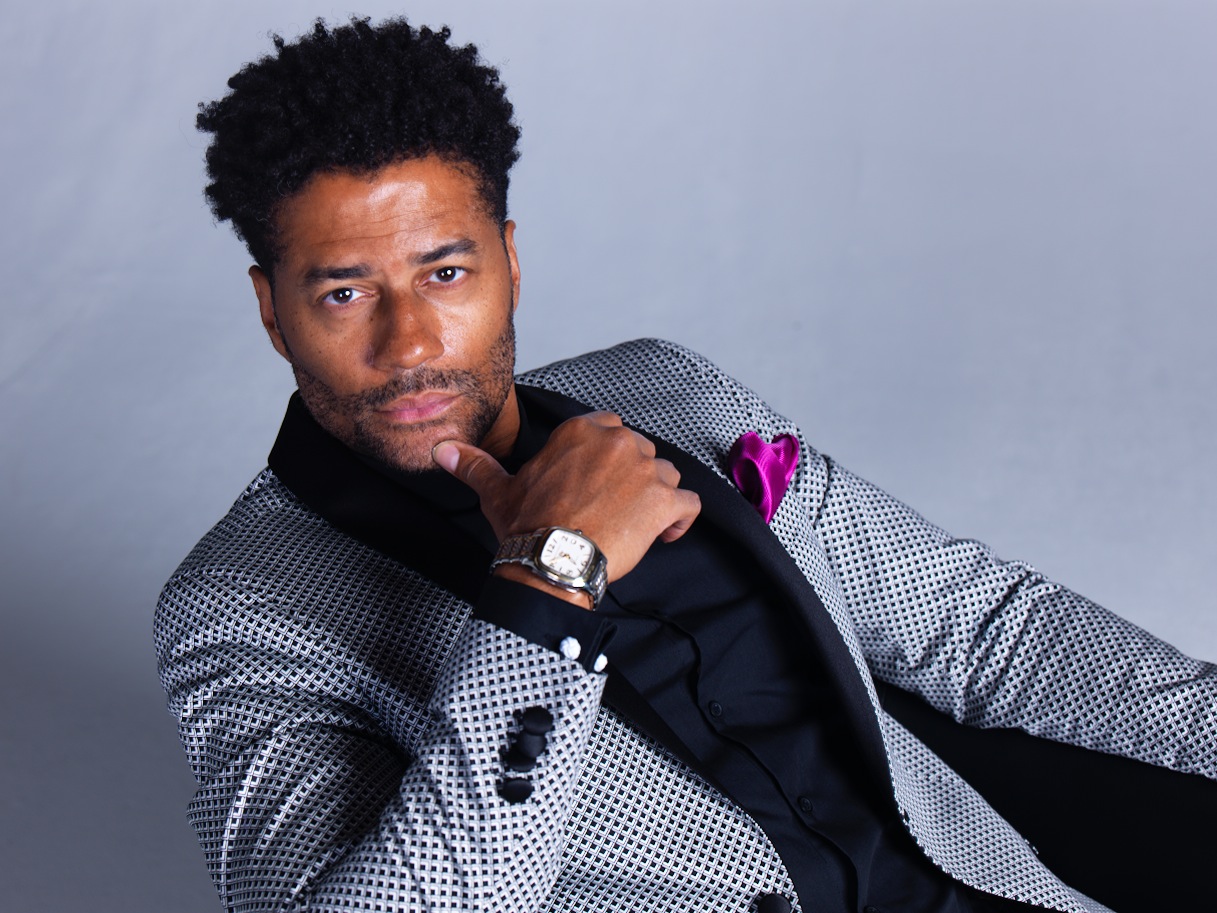 From barefoot dreadlocked troubadour to suave standard-bearer for contemporary R&B. Eric Benét may have changed his look, but one thing has remained consistent: his dedication to crafting authentic music that engages the soul.

“I’m not chasing any current whatevers,” says Benét, a four-time Grammy Award nominee. “It’s about music that gives me goose bumps and touches my soul. That’s always been a good barometer for me.”

Case in point: the singer-songwriter’s latest top 5 Urban AC single, “Sunshine.” The pure soul/R&B track provides the perfect backdrop for Benét’s heartfelt reflections on a relationship that has lost its spark. The hit has since sparked a remix version featuring Tamia—the singer’s memorable duet partner on his career breakthrough hit, 1999’s “Spend My Life with You.”

“‘Spend’ is almost like the national anthem vocally,” notes Benét. “You’ve got to have so much in your arsenal to successfully sing it. Not many singers can do that. But Tamia is all that and more. So it was such a joy to reunite with her on the ‘Sunshine’ remix.”

Both tracks are featured on Benét’s eighth studio album. The self-titled, 13-song project, available Oct. 7 from Jordan House/Primary Wave Music, once again showcases the depth of the singer-songwriter’s musical scope. “Sometimes it’s almost like artists pick a color and stay with that for most of an album,” says Benét. “I don’t like to do one-note albums.”

Thus, fans are in store for another aural treat from Benét and his longtime collaborator Demonte Posey. There’s the unadulterated, unfiltered sex appeal of the ‘80s-vibed “Insane,” which is already being ramped up as the follow-up to first single “Sunshine.” From there the album veers into a combination of Cameo and Minneapolis funk on “Cold Trigger” before rap icon and longtime friend MC Lyte joins in on the fun “Holding On.” Famed jazz musician Arturo Sandoval lends his talents to the Afro Cuban-spiced “Run to Me,” a sonorous ride that Benét describes as “Latin meets soul.”

Adds the singer, whose smooth tenor-to-falsetto range still rings crystal clear, “When you listen to my songs, they start off with nice intros and builds. Then they slowly bring you back down to earth. I wanted to do that with this album too: take people on a journey, get their hearts jumping and feet moving before getting down to the intimate and lovely side of things.”

That musical M.O. dates back to the Milwaukee native’s early days, first as the singer for a pop group called Gerard in the late ‘80s. Later, as a founding member of the band Benét with his sister Lisa and cousin George Nash in the early ‘90s, Benét began experimenting with all the voices he was hearing in his head.

“Back then I was discovering who I was artistically,” he recalls. “I was so influenced by Steely Dan, Stevie Wonder, Ella Fitzgerald, Duke Ellington, Chaka Khan, the Beatles, Queen. It was just this hodgepodge of where do I go with all of this?”

Benét ultimately went straight to Warner Bros., who signed him as a solo artist in 1994. His 1996 solo debut True to Myself put both music fans and the industry on notice. But it was the 1999 sophomore set A Day in the Life, featuring “Georgy Porgy” as well as his first No. 1 R&B single, “Spend My Life with You” featuring Tamia, that hit home. What doubled as Benét’s career breakthrough became a gold record that later notched his first Grammy nomination for Best R&B Performance by a Duo or Group. Since then the singer has released five more studio albums, scored more hits including “You’re the Only One” and “Sometimes I Cry” and added three more Grammy nods—the most recent in 2012 for Best Traditional R&B Performance for “Sometimes I Cry.”

Currently celebrating the 20th anniversary of his solo debut, Benét believes one thing accounts for his ongoing success.

“When my sister and I recorded our first album as Benét,” recalls the singer, “we had some control creatively but not all. The label put out a single and then dropped us right away. I told myself then that if I ever got the chance to do another record, I was going to have complete autonomy. That I was just going to do music that made me fall in love with music.”

Going out on a 16-date tour starting Oct. 6 with fellow contemporary R&B standard-bearers Anthony Hamilton and Lalah Hathaway, Benét relishes the opportunity to keep paying it forward. “The conversation that happens between me and the audience while I’m performing compares to almost nothing. At the end of the day, my heart lives in R&B/soul. In fact, I feel like I’m just getting started.”