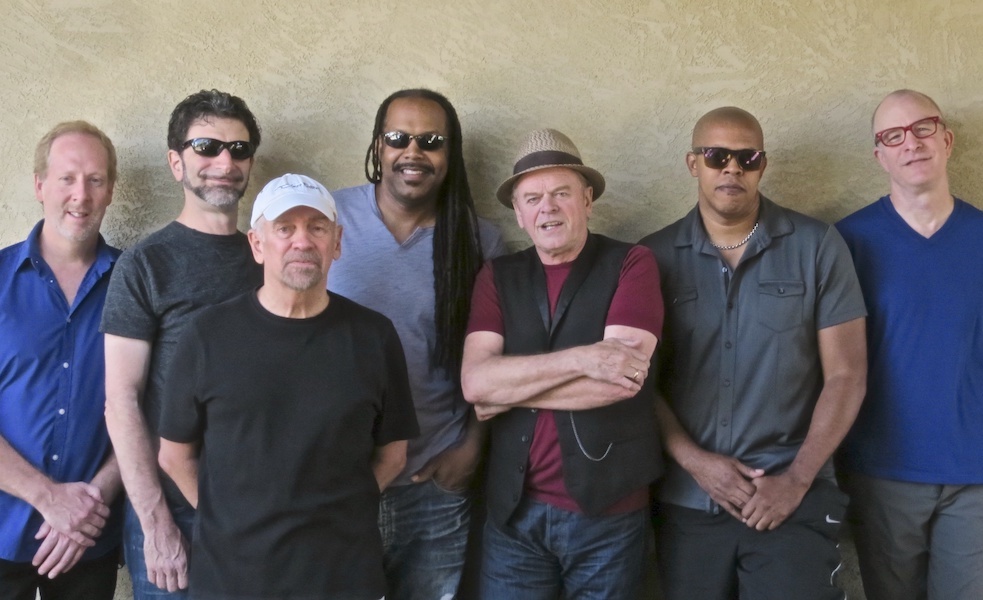 One of the top Soul, R&B, and Jazz-Funk groups

Regarded as one of the top Soul, R & B, and Jazz-Funk groups, and first known  for the timeless instrumental hit Pick Up the Pieces, the band's future would lie in its diverse songwriting and unique approach to rhythm & blues. With multiple gold & platinum albums and three Grammy nominations on the legendary Atlantic label, they were the first Brits to simultaneously top the US Top 100 Singles, Albums and R&B charts, before going on to similar UK and international honors.

Ironically, given their Scottish roots, the six-piece took the instrumental cues  of  US Jazz giants Adderley, Hancock, Sample, Shorter & co., and the soulful influences of Marvin Gaye, James Brown, Al Green, and Stevie Wonder, et al., to create their own authentic R &  B  blend,  which,  with  the  tongue-in-cheek  name,  happily  surprised both black and white audiences alike. This uncanny paradox led to  AWB's  early Inclusion on Soul Train where their two famed appearances are still much viewed; doubtless it was partly why the music was featured in so many big movies: Swingers, Private Parts, Superman 2, Starsky & Hutch etc., to name but a few standouts.

While ensuing singles, Cut The Cake, Queen Of My Soul, Walk On By, Atlantic Avenue and Let's Go Round Again had major chart action around the world, album cuts such as Schoolboy Crush, Person To Person and I'm The One are still hailed as 'essential' grooves. Fast-forward two decades, and AWB's unlikely contribution to Hip-Hop, Rap, and modern R&B was sealed  by the massive  use of  their  samples, from Erik B &  Rakim,  through TLC, Ice-Cube, Tribe Called  Quest,  Leena Conquest, P-Diddy, Mark Ronson et al - right up to Rick Ross (Rich is Gangsta') today. Throughout, ballads  such  as A Love Of  Your  Own, Cloudy and If  I  Ever Lose This Heaven would stand out as some of the finest soul tracks ever recorded.

AWB's most recent release is 2018's Inside Out a collection of all new studio tracks and versions of AWB favorites recorded live with a five piece horn section.