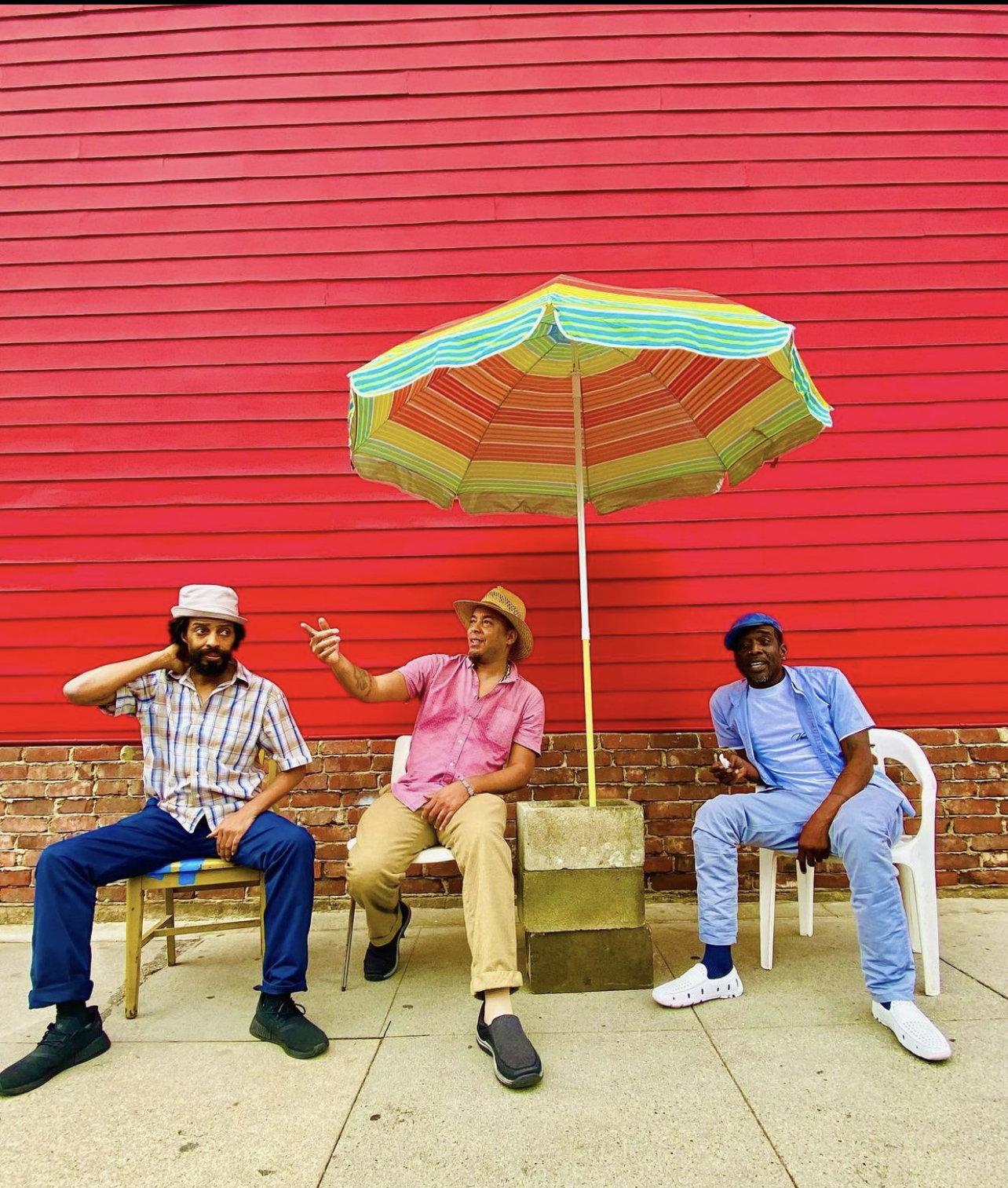 THE FAR SIDE (FORMERLY OF THE PHARCYDE)

The Far Side (formerly of the Pharcyde)

We’re not going to talk about how IMANI, Slimkid3, and Fatlip created two of the most classic back-to-back Hip Hop albums in the 1990s as the Pharcyde (Bizarre Ride II: The Pharcyde and Labcabincalifornia).

No. We’re going to talk about where they are now and how IMANI, Slimkid3, and Fatlip made what was once only a dream finally come true. Officially reunited as The Far Side (formerly of the Pharcyde), the talented West Coast trio is preparing to embark on a six-week spring tour in April.

But before that was even a possibility, IMANI had to go through some spiritual transformations that took him to a place of forgiveness and acceptance. After all, in a 2015 interview, IMANI said it would essentially take an act of God for him to reunite with Slimkid3 and Fatlip, who’d been performing as Bizarre Ride following the Pharcyde’s split. But after the death of his grandmother, life looked different.

“That's just really what it was, just to keep it real,” IMANI says. “I was dealing with issues inside my own head, and I thought it was the world, but it was inside my own mind. I created my own demons.

“I asked myself, ‘What do you want if you don't have to worry about what anybody else's wants or to make anybody else happy?’ And the first thing that came up to me, the universe said, ‘You got to make it right with your brothers.’ And the universe didn't say, "Make music with them." It said, ‘Make it right.’”

And that’s precisely what he did. The Far Side (formerly of the Pharcyde) is currently working on new music and a 30th-anniversary project to commemorate the release of Bizarre Ride II. A limited-edition producer’s tape was released on January 22nd featuring The Far Side (formerly of the Pharcyde), Wu-Tang Clan luminary Inspectah Deck and more. Executive produced by Spear of the Nation, the tape kicks off yet another colorful chapter in IMANI, Slimkid3, and Fatlip’s story, one that’s just beginning and the guys are back in business!

Growing up in a family of artists, Gregory Keltgen (aka DJ Abilities) had early ambitions of working in the visual medium, but it wasn't until he discovered Hip-Hop that he’d found an art form that he truly identified with, and he immersed himself in all aspects of the culture. However, after trying his hand at B-Boying, MCing, and even drawing graffiti-inspired comics, Abilities ultimately gravitated toward the turntables, becoming a DJ at age 17. He soon found himself deeply embedded in the Hip-Hop scenes of Minneapolis and Saint Paul, linking up with friends and future-collaborators who would become the foundation of Rhymesayers Entertainment, and it wasn’t long before he established a name for himself.

After only two short years of intense practice on the turntables, DJ Abilities went on to compete in the legendary DMC DJ competitions in 1999. He won the regional title and advanced to the U.S. finals that year, before doing it again in 2001. Soon after, Abilities was also garnering attention for performing all the scratches on El-P’s classic debut, Fantastic Damage, as well as contributing his turntable talents and production skills to other cult favorites like The Anti-Album by Semi.Official, and The Taste of Rain… Why Kneel? by Deep Puddle Dynamics, among others. But above all, his name would become most celebrated throughout the 2000’s as one-half of the dynamic Hip-Hop duo Eyedea & Abilities.

DJ Abilities had first met Micheal “Eyedea” Larsen in the mid-90’s, and the two soon began a working relationship that would eventually play a prominent role in the burgeoning Indie-Rap movement of the time. Together, the pair developed a near symbiotic creative union that produced three albums—First Born; E&A and By The Throat—a catalog animated by the burning fusion of Eyedea’s introspective and technically adept rhymes with Abilities’ precise scratches and versatile production. Tragically, his partner Eyedea passed away in 2010 leaving Abilities to soldier on by himself, but the influence of their partnership continues to shape DJ Abilities’ music to this day.

His latest project, Phonograph Phoenix, finds the DJ/Producer returning to the forefront and embracing an entirely new approach to making music. A departure from previous work that was primarily sample-based, Phonograph Phoenix finds Abilities opting to build the album’s compositions from the ground up, creating his own sound through Ableton Live and enveloping synths, with razor sharp cuts and select vocal chops providing a voice where his fallen partner may have once stood.

Abilities’ new production techniques breathe an awakening essence into Phonograph Phoenix, whether that’s in the deep, cavernous bass and funky drum loops of “Worldwide”, the gorgeous atmospheric synths he conjures on “Waves”, or the sinister head-nodding groove of “The Badman” with its vulnerable-but-not-self-pitying vocal samples. Throughout its creation, Abilities sought to remain as truthful as possible, ensuring that each song held qualifying meaning and that the album on a whole made a definitive statement. The process inspired Abilities to dig deep and pull up some heavy, heartfelt beats and, speaking with his hands as all great turntablists do, he used this space to address grief, loss, and his own personal shortcomings, all while making room for hope and optimism.