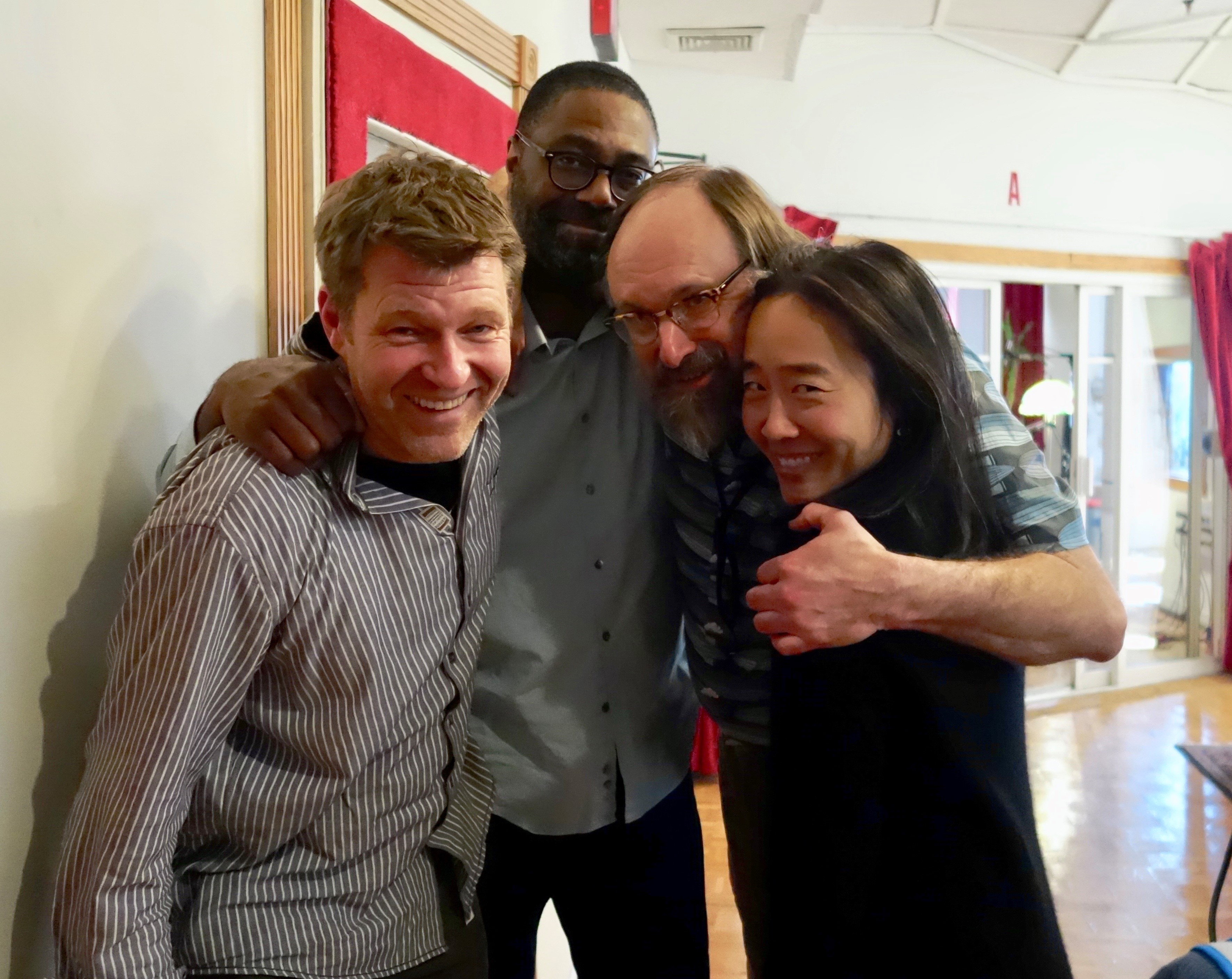 Jazz futurist joined by one of today’s most creative pianists

The Scott Robinson Quartet has been performing a mix of original music and distinctive interpretations of standard material for about seven years, during which it has developed a strong group rapport and identifiable sound. This is a band that can cover quite a lot of musical territory with creativity and conviction. Helen Sung is one of today’s finest and most creative pianists, and she, bassist Martin Wind and drummer Dennis Mackrel constitute a brilliant, diverse and highly adaptable rhythm team. Leader/composer/multi-instrumentalist Scott Robinson has been called “Jazz Futurist, Mad Scientist” in The Wall Street Journal, which reports, “There’s no one else doing anything close to what Mr. Robinson is doing.” Tenor great Benny Golson describes Scott as “a beautiful tenor player… like a careful shopper, choosing just the right notes.” This group’s appearances at Kitano in New York City are routinely sold out, with patrons sending in comments such as, "Thanks for the joy! You’re all separately and together something special..." and, “I'm in awe of how many different kinds of things you can play... and still sound like a band." Their album Tenormore recently won "Best New Release of 2019" in JazzTimes, as well as appearing in six other best-of-the-year lists, and was awarded an “Indispensible” rating in France’s “Jazz Hot” magazine. Speaking of their appearance at the Rochester International Jazz Festival last summer, festival artistic director John Nugent said, “Scott Robinson is arguably one of the finest and most under-rated musicians in the world of jazz. His quartet chemistry, interplay and overall performance here at our festival this past June ranks as one of the finest groups we have ever presented. Scott's innate sense of time, rhythm and harmony are in a class of their own, at the highest level and on par with all the greats. I highly recommend any jazz club or festival promoter to book his group; you won’t be disappointed.” With the recent win for best album of 2019, the future for this group looks bright.