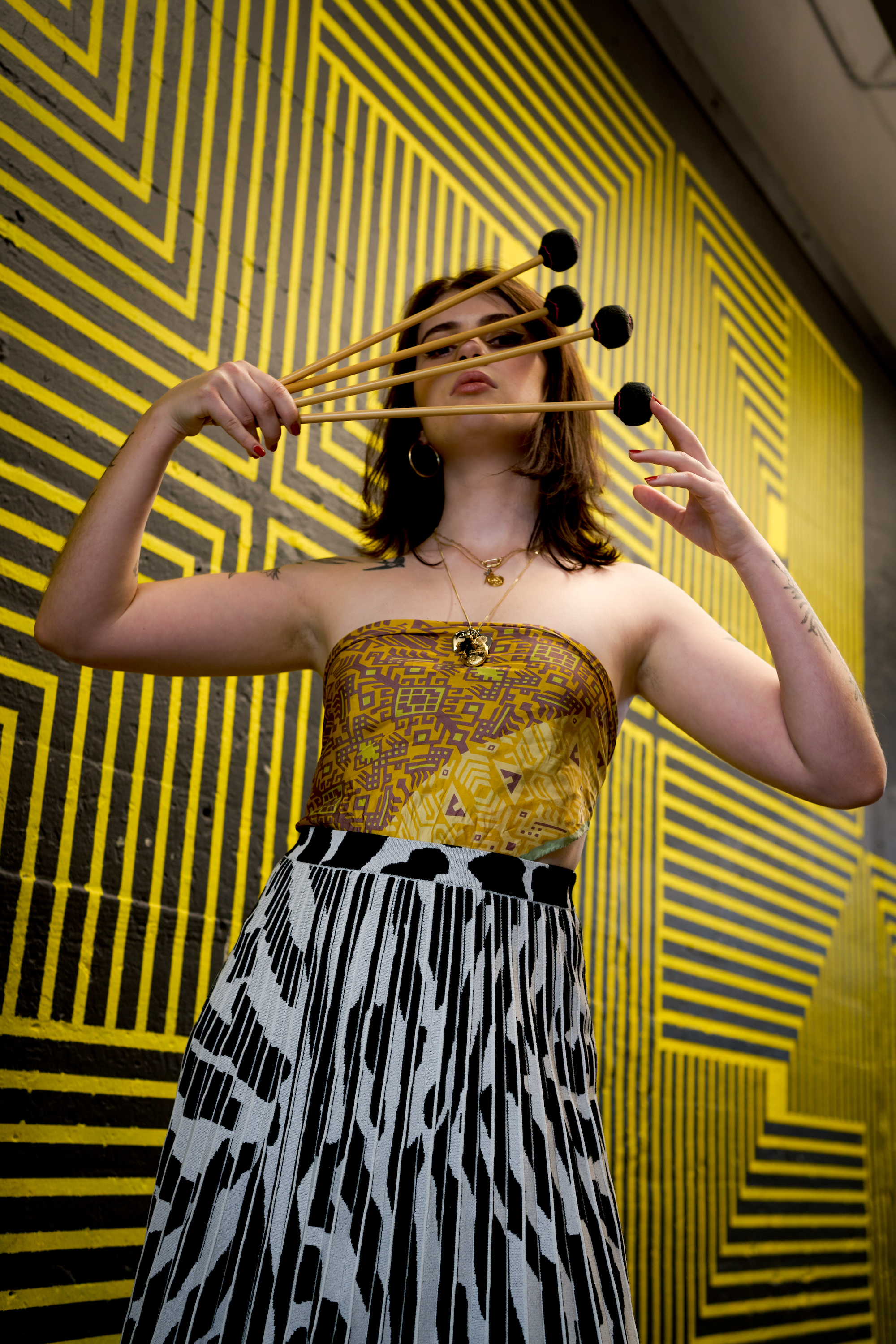 One of modern-day jazz's most promising up-and-comers

Sasha moved to New York in 2016 to attend the New School for Jazz and Contemporary Music. During her last two years at The New School, Sasha was the first US recipient of the LetterOne “Rising Stars” Jazz Award, where she headlined

10 reputable jazz festival throughout the U.S. and Canada. She has gone on to independently headline at venues like the NYC Winter Jazz Festival, Newport Jazz Festival, The Blue Note, Montreal Jazz Festival, and National Sawdust, and is an alumni of the Banff International Workshop in Jazz and Creative Music. She has been featured by The SF Jazz Education Center, PBS News Hour, NPR, and The New York Times for both her musicianship and her activism.

Post graduation, Sasha’s music work remains primarily based in New York City. In addition to performing internationally with her own project, Sasha Berliner Azalea, her recent notable performances and recordings have been with musicians such as Tyshawn Sorey, Nicholas Payton, Walter Smith III, and Quincy Davis. She is an endorsing artist for Vater and Marimba One, and is a faculty member at the MalletLab percussion intensive, where she gives masterclasses and clinics. She has also lead masterclasses and Q&As at esteemed universities like MSU Denver and Berklee College of Music.

Sasha’s full length debut album, “Azalea”, is available for purchase on Bandcamp, iTunes, and Amazon, and for streaming on Spotify, Tidal, and Apple Music. It has since been nominated for JazzTimes 2019 Readers’ Poll’s “Best New Release”, featured by Jazz at Lincoln Center and the New York Times, and has been described by critics.as “shimmering and thoughtful” (Kassel, TIDAL), “gleefully exploring various genres and headspaces” (Tremblay, CTEBCM).

Sasha is also the 2020 Downbeat Critics’ Poll winner of the “Rising Star - Vibraphone” category. She is both the first woman, and at 21, was the youngest individual in the poll’s history to be granted the win. She was recently voted in the top ten vibraphonists for the 2021 Downbeat Reader’s Poll, sharing a list with vibraphonists such as Joe Locke, Stefon Harris, and Joel Ross. Sasha has also recently completed a composition commission for marimba and vibraphone duo for Modern Marimba in Sarasota, FL.

“Sasha Berliner is poised to be one of modern-day jazz’s most promising up-and-comers.” - All About Jazz

"She has already asserted herself as a creative, genre-defying composer and excellent bandleader with a sixth sense of yet-unheard possibilities." - Burlington Discover Jazz Festival.

A "rising jazz luminary." - The Flynn Center for Performing Arts.