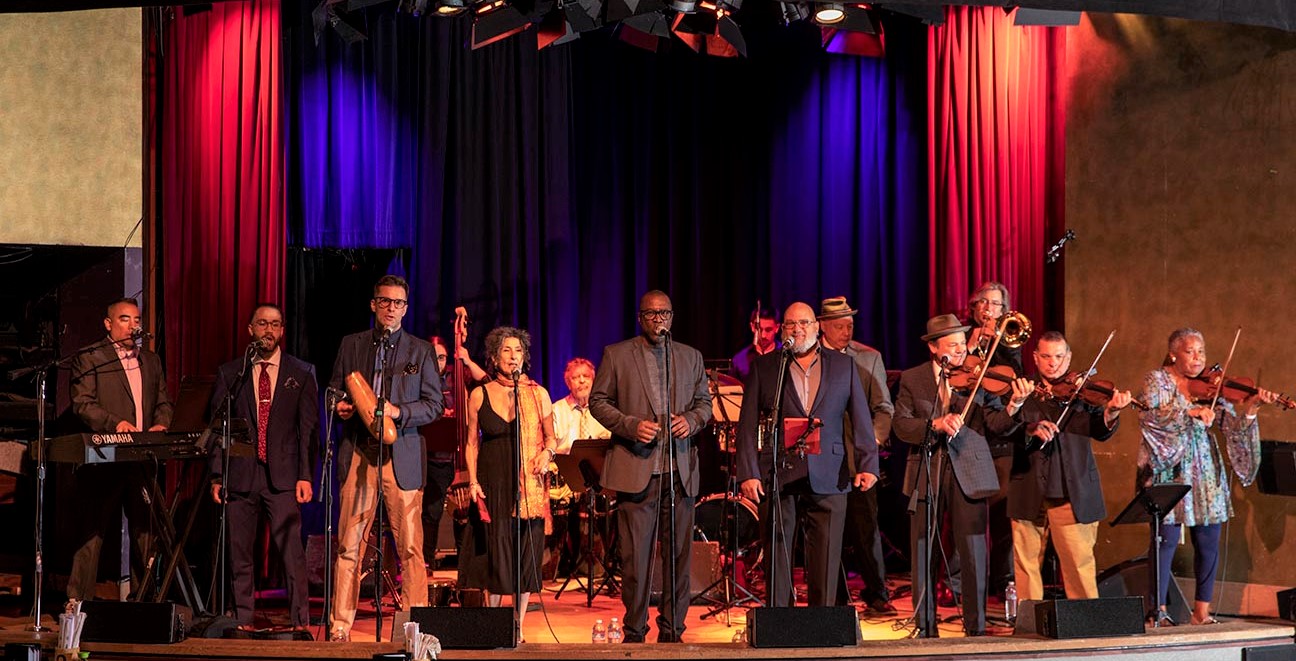 Orquesta La Moderna Tradición plays traditional and modern Cuban music - at once transporting you to an era of sensual danzones and swinging cha-chas and playing modern timba-infused music guaranteed to satisfy dancers from danzón to modern salsa/Cuban music. The Orquesta captures the romance and style of a memorable era in Cuban dance music and will keep everyone on their feet. Violins and flutes weave lilting melodies against the backdrop of driving Afro-Cuban rhythms.