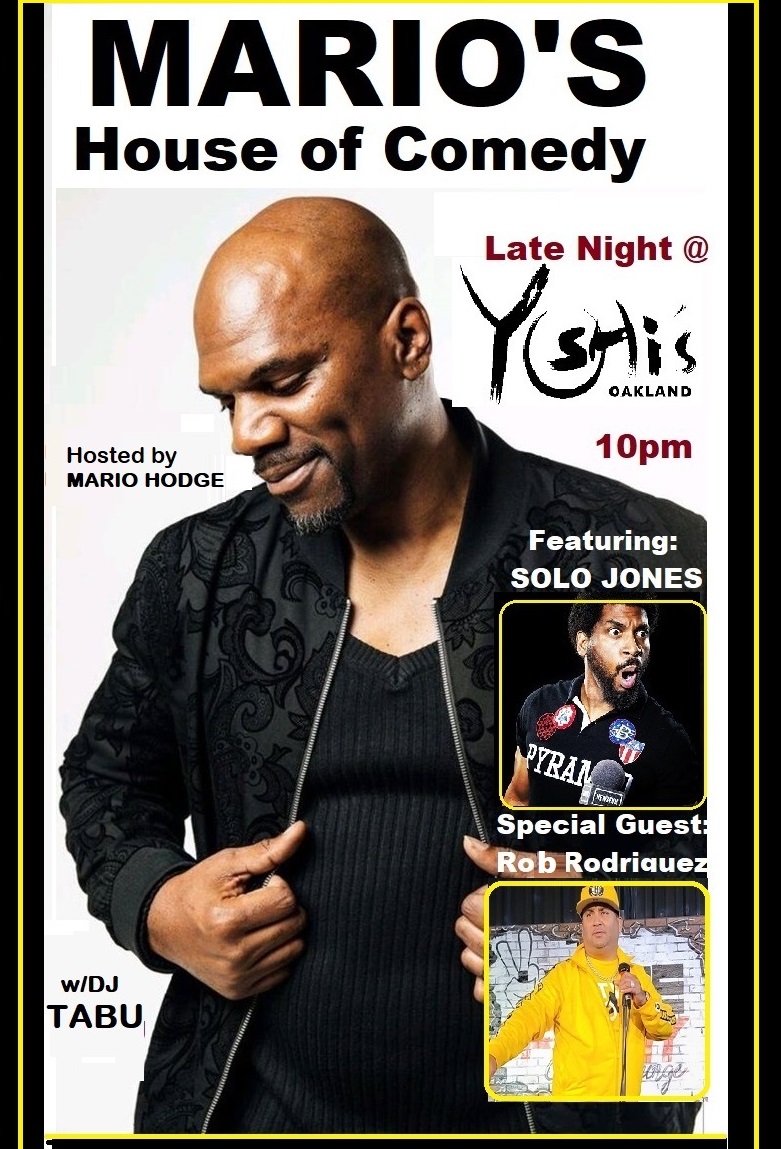 Mario Hodge was born & raised in Oakland, CA. He is the youngest of 4 siblings and he was inspired to be a comedian as a child by watching sitcoms like Sanford & Son, The Richard Pryor show, The Carol Burnett Show, and the Three Stooges, with his older siblings. It wasn't until he watched In Living Color that he knew he wanted to be on TV and perform on stages in front of live audiences to make people laugh.

Mario Hodge stepped on the stage in 2012 and has never looked back. He quickly rose fast in the comedy industry over a short period of time due to his creative writing and very animated style of comedy. In 2016, he had the #1 selling, 1-hour comedy special in California called "I Can't with You" which he wrote and co-produced. He is multi-talented and often his comedic style is compared to the likes of Jamie Foxx, which is his favorite comedian of all time. However, Mario has his own brand of comedy that makes him a crowd favorite wherever he performs at.

He has worked with the late great Charlie Murphy, Tony Roberts, Mark Curry, Luenell, Sinbad, Mo'nique, Adele Givens, Tommy Davidson, and he tours all over with Faizon Love. Hie has also become a fan favorite on social media platforms for going viral several times with his character "Fleek'isha" and with his hilarious creative parodies of R&B singers. One of his most recent accomplishments he worked hand and hand with Kevin Hart in 2018, being chosen to feature on Kevin Hart’s new show called "Hart of the City, that appears on Comedy Central in 2019.

Comedian Mario Hodge is a sure must see when he comes to your town. His creative mind and his hilarious animated style will have you crying with laughter and wanting more.

SOLO JONES- It’s almost impossible to describe this comedian but this actworks….it is unexpected, unique for certain, well drawn and above all exceptionally funny! Solo Jones is probably getting the best reviews lately of any “new” comic out there and creating a cult following amongst comedy lovers. We can imagine the “fly on the wall” spoof documentary of this man’s life. Be on the look out for this original talent, he is surely going places!

ROD RODRIGUEZ - What happens when you move from an east coast up bringing to the southwest and decide to use comedy to tell your story?? You have one of the funniest Hispanic comics touring the country today! After his first tv appearance on comic view's “one mic stand” in 2008 with Kevin Hart, he started opening for comedy superstars like Adele Givens, Faizon Love, Luenell Campbell and others.

Early 2020 he was signed with amazon prime to produce his first special and develop his first pilot sitcom based on his life. Due to the pandemic both projects were delayed and are expected to film early 2022.

You do not want to miss this mainstream, urban, not politically correct superstar coming to a city near you!! (1) Robert Rodriguez | Facebook