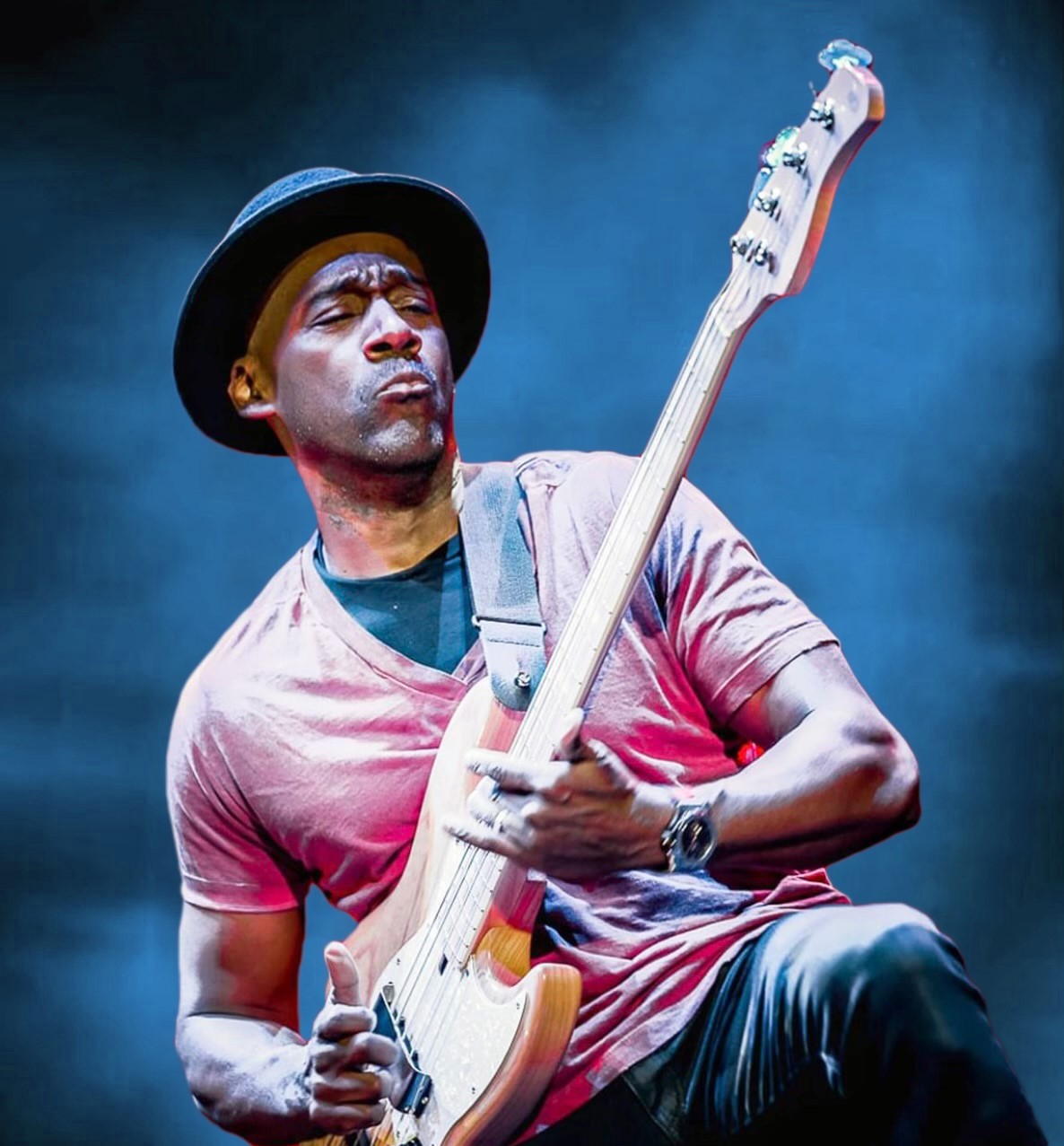 A unique combination of funk, groove and soul

Marcus Miller has been dubbed one of the most influential artists of our time. At the top of his game for over 30 years, he is a two-time Grammy award winner, (U.S.), winner of the 2013 Edison Award for Lifetime Achievement In Jazz (Holland), winner of the 2010 Victoire du Jazz (France) and in 2013, was appointed a UNESCO Artist For Peace. His characteristic bass sound can be heard on a limitless catalog of musical hits from Bill Wither’s “Just The Two Of Us” , to Luther Vandross’ “Never Too Much”, to songs from Chaka Khan, David Sanborn, Herbie Hancock, Eric Clapton, Aretha Franklin, George Benson, Elton John and Bryan Ferry to name a few. With his distinctive style - a unique combination of funk, groove, soul and pure technical skills - Miller has been referred to as one of the most significant bass players in jazz, R &B, fusion and soul. Bass Player Magazine includes him on its list of ten most influential jazz players of this generation.

In addition to these career highlights, Miller has a rich and very deep resume of outstanding collaborations, including a 15- year song-writing and production partnership with Luther Vandross, resulting in 13 consecutive platinum selling albums of which Miller Produced 7, and a double Grammy win in 1992 - for the double platinum selling album Power Of Love/Love Power winning “Best R & B Vocal” as well as “Best R & B Song”. It was the last # 1 R & B album for twelve years before Vandross’ mega cross-over pop hit Dance With My Father in 2001.

Miller also left an indelible mark on the careers of artists as varied and talented as David Sanborn, Roberta Flack, Aretha Franklin, Chaka Khan, Al Jarreau, Bob James, Lalah Hathaway and Wayne Shorter. Most notable, after several years of touring in Miles Davis’ band in the early 80’s, Miller developed a close professional and personal relationship with Davis which led to his collaboration on three critically acclaimed albums - the most famous being the ground-breaking album and title song Tutu, making Miller the last primary producer, arranger and composer for this great jazz legend. The album and title song, which Miller composed, produced, arranged and performed on, is widely regarded as a significant addition to the canon of contemporary jazz music. Not only did the album win two Grammy awards, it is considered to be one of the definitive Miles Davis albums of our time.

Miller composed the music for the Oscar nominated film Marshall (2017) directed by Reginald Hudlin and starring Chadwick Boseman as a young Thurgood Marshall and Emmy-award-winning actor Sterling Brown from the hit TV series This Is Us. The film was the winner of the 2017 Chicago International Film Festival award; the 2017 African American Film Critics Award; the 2017 Hollywood Film Festival Award, and was also a 2017 Image and Critics Choice award nominee, and received five NAACP Image award nominations.

As if that weren’t enough, Miller also broadcasts two weekly radio shows – one in the U.S. and the other in the U.K. Jazz with Marcus Miller On MillerTime (affectionately referred to asThe Marcus Party by fans) airs every Sunday on SiriusXM. Miller’s radio show in London is called TransAtlantic Jazz With Marcus Miller and broadcasts each Wednesday on Jazz FM in the UK. Miller is also the annual host and head-line artist on multiple jazz cruises each year offered by Entertainment Cruise Productions including the very popular Blue Note At Sea jazz cruise, as well as the Smooth Jazz Cruise - all of which sell out each year.

On top of all of this, Miller has been a prolific artist and bandleader in his own right for well over 20 years, having released over a dozen albums under his name. Miller tours extensively worldwide with a band of gifted young musicians - perhaps reminding audiences of a certain Miles Davis who did the same for Miller and other young musicians like Herbie Hancock and Wayne Shorter.

In 2015, Miller released Afrodeezia, an album inspired by his role as a UNESCO spokesperson for the Slave Routes Project. For that album, Miller incorporated musical influences from countries along the Atlantic slave route passage, collaborating with musicians from West Africa, North Africa, South America and the Caribbean. The album earned a 2016 Grammy nomination for Best Contemporary Jazz Album and Miller performed more than 250 sold-out shows worldwide behind the album’s release.

Miller’s powerful, jazz/funk bass playing is out in full force with this music – pushing boundaries and taking jazz to new levels. Miller, along with his incredible band of young talents, will be sure to excite, challenge and transport audiences.

In 2020, Marcus created, musically produced, and posted the Lift Every Voice get out the vote event which brought together political leaders and musical legends to encourage political participation. Additionally, he contributed to UNESCO’s United Against Racism video alongside countless industry legends, and was commissioned by Prince Albert of Monaco to create the orchestral arrangement for in Donny Hathaway’s “Someday We’ll All Be Free” video, which he also appeared in.

In 2022, Marcus composed the score for the documentary film SIDNEY for Apple TV+, produced by Oprah Winfrey, that told the story of legendary actor, filmmaker and iconic civil rights activist, Sidney Poitier.