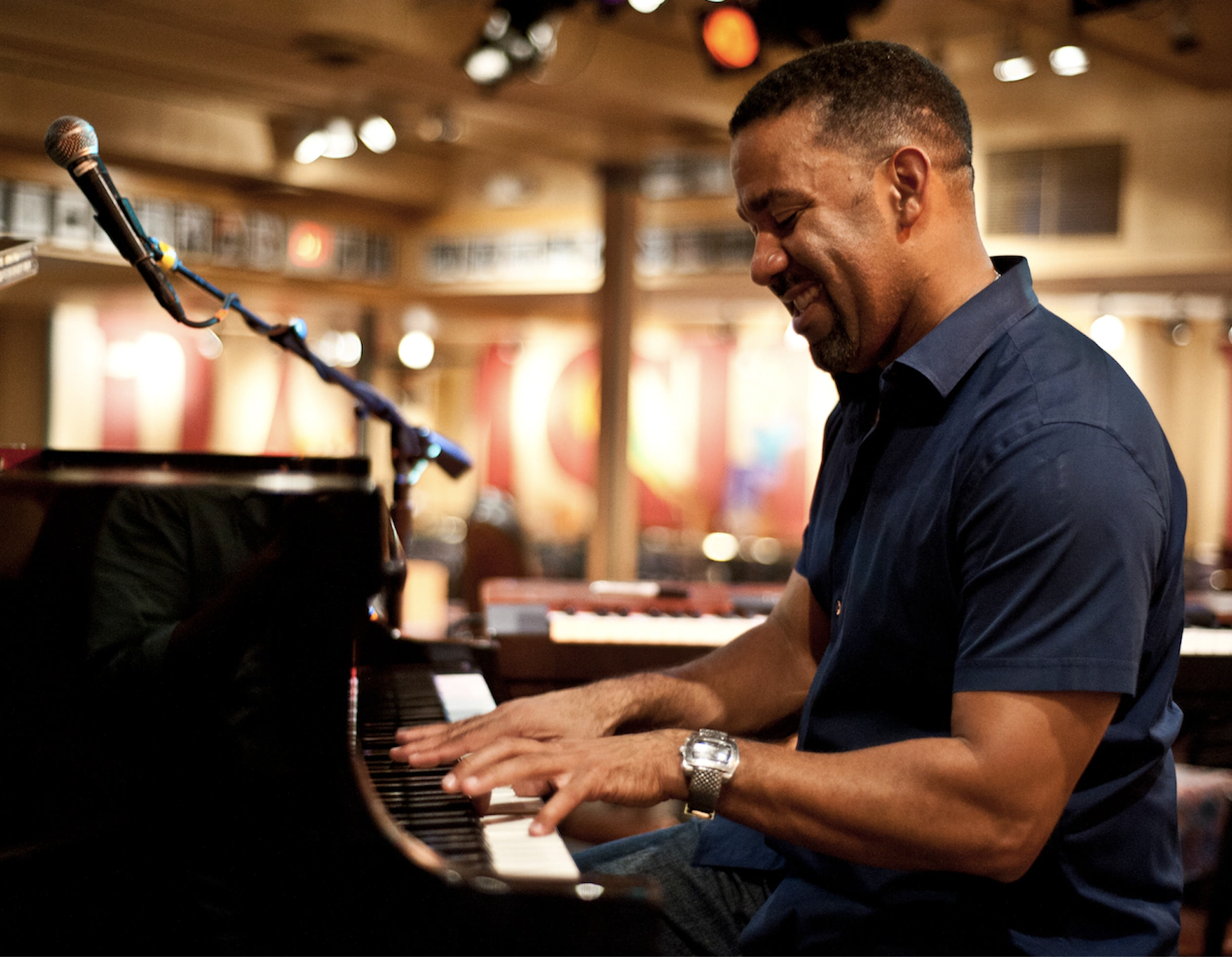 His latest release is the CD titled “BALLADS...In My Voice”, showcasing his soulful interpretations of some of his favorite ballads from diﬀerent parts of his life and his favorite artists who wrote and recorded them.

Al Green’s hit “Let’s Stay Together” is the lead single and announces a musical journey of R&B Jazz from Marcus Johnson’s voice on keys, all while maintaining the MJ ‘Factor Groove’ that established him as one of the giant keyboardists of jazz-funk urban music made famous by legendary jazz greats, George Duke, Herbie Hancock, Ramsey Lewis, Joe Sample, Bob James, Chick Corea, and others.

Marcus Johnson is the author of “FLO... For the Love Of”, published in 2016 which achieved recognition as a Best-Selling Book and Author at Amazon.com. After publishing the book, Marcus Johnson was increasingly approached by people who were drawn to the book’s life-aﬃrming messages. Marcus began incorporating these messages in his shows and social media as an aﬃrmation of his gratitude towards his fans and his understanding of the struggles that we all face. Through the FLO (For the Love Of…) platform, Marcus is expanding his support for the physical, mental and spiritual health of his audience.

Jeffery Smith, originally born in Shreveport, LA and currently residing in Dallas, TX - began playing music at the tender age of seven. Raised among other talented musicians, Jeffery was exposed to, and ultimately mastered seven different instruments. By age nine, Jeffery’s strong desire to play music motivated him to start his own band. As a promising multi-instrumentalist, Jeffery performed in the concert, marching, stage, and symphonic bands with his school. Jeffery developed his own distinctive sound by listening to legendary greats as George Benson, Wes Montgomery, Frankie Beverly, Roger Troutman, Prince, Michael Jackson many other soul and R&B artists. He soon joined a local band and began touring as an opening act for artists such as Lakeside, The Bar-Kays, Midnight Starr, Roger Troutman & Zapp, Cameo, and a host of other well-known talents. Jeffery writes, arranges, records, engineers, produces, and performs all of his own music.