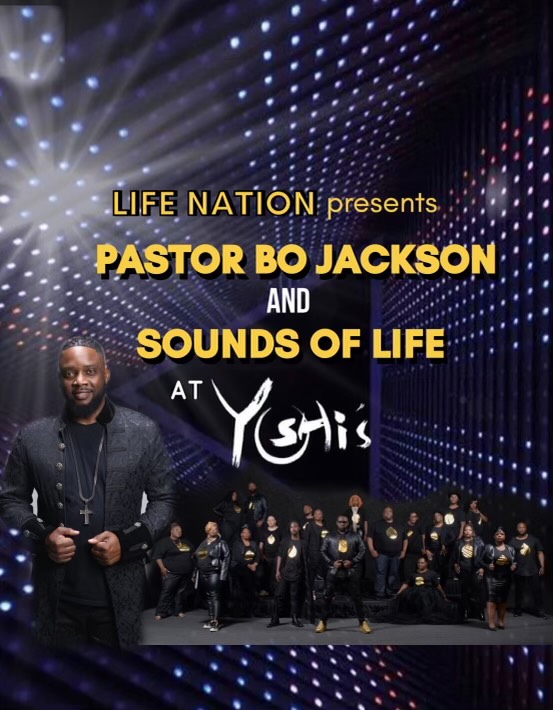 Sounds of Life is the vision of Pastor Bo Jackson and has a vibe that is contemporary but rooted in traditional Christian music. For 6 years, SOL has performed with Pastor Bo at events such as Oakland’s Art & Soul Festival - Edwin Hawkins Gospel Stage for 3 years, an international television filming for Central America and weekly worship services in-person and streamed online.  Pastor Bo and Sounds of Life will be featured in the 2023 upcoming release of  the film, “Low Hanging Fruit.”

SOL’s Debut CD entitled “The Glory” is available on all digital platforms.