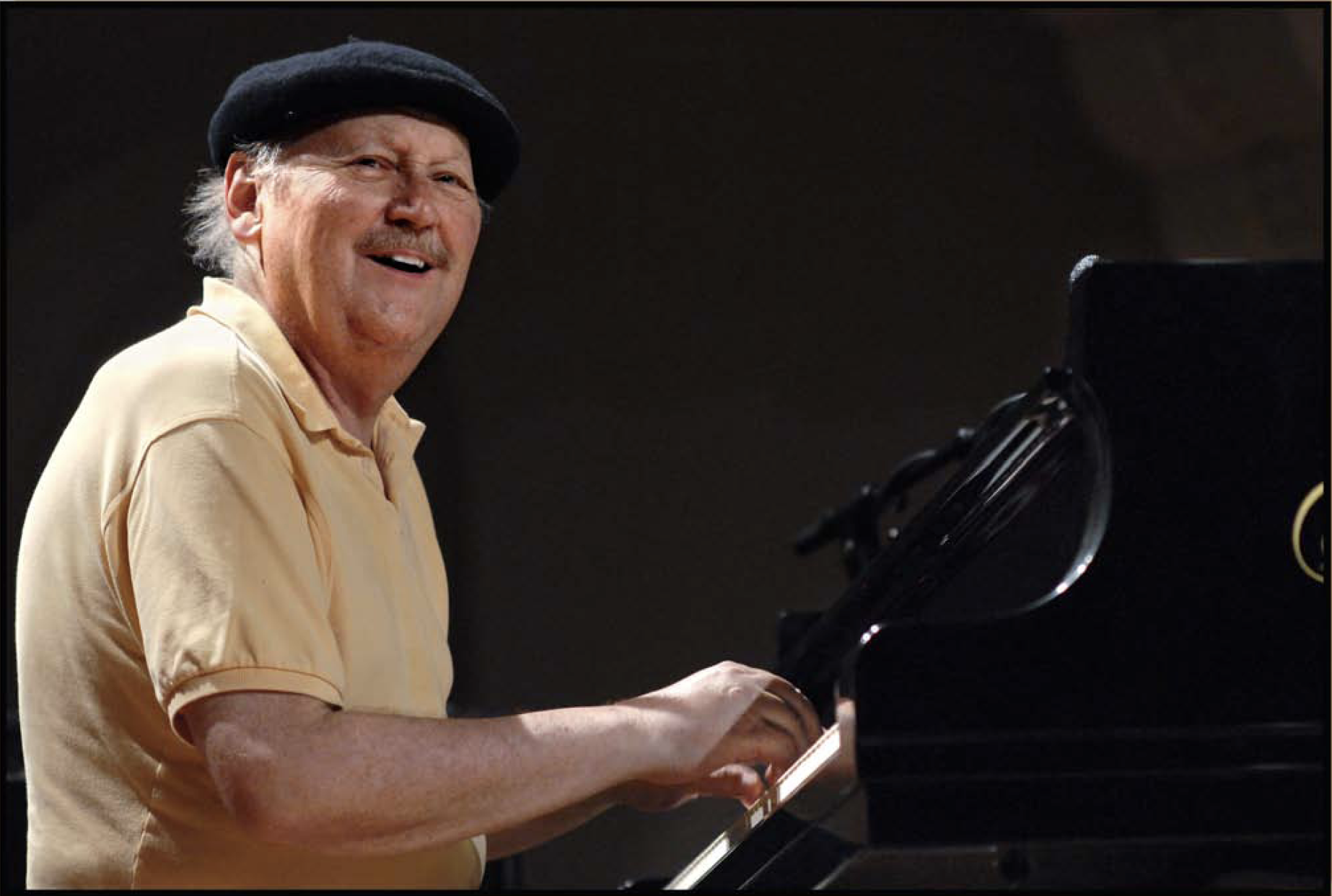 A Fascinating Life in Jazz: Just Like a Film Noir

Pianist Larry Vuckovich narrates his exciting jazz journey that began as a child in Yugoslavia, under the Nazi occupation and later a Communist dictatorship. Access to Armed Forces Radio and its broadcast of American big band music came to symbolize freedom for the young classically-trained musician.

Then, like a movie, opportunity suddenly opened for him and his family. They were allowed to immigrate to the U.S., home of jazz, and more specifically, San Francisco, which like New York on the other coast, was the lively center of bebop music and other jazz styles. One door after another opened for him, leading to performances with jazz legends, such as Vince Guaraldi, Mel Torme, Jon Hendricks, Dexter Gordon, Philly Joe Jones, Lenny Bruce, Ornette Coleman, Charlie Haden, Tony Bennett, Bobby McFerrin, and many more.

Larry’s family was granted refugee status because his father Milutin Vuckovich had lived in the U.S. for 11 years and had served with the U.S. Armed Forces in Europe during World War I. Later he returned to Montene- gro in the former Yugoslavia to help his brothers open a factory for processing olive oil and related prize- winning soaps and lotions.

But as the ‘20s gave way to the late ‘30s, and the German Nazis mobilized for invasion of other European countries, including the Balkans, Larry’s father doubled as a successful businessman and an underground fighter helping save 17 of the 500 U.S. airmen downed after bombing raids on neighboring Rumanian oil fields, a main source of German fuel. He hid one flier in the attic for two weeks while Nazi officers occupied the villa’s main floor.

Life became even worse under Tito’s Communism, when Larry’s father was labeled an American collaborator and sentenced to prison and threatened with execution. The American Government influenced the release and subsequent resettlement of the family in San Francisco, where the elder Vuckovich had retained friendships formed in his early days with American friends as well as members of the Serbian community.

But to the 14-year-old Larry, an amazing life was about to unfold, as if his film noir beginning had suddenly morphed into a technicolor production. He now lived in the midst of the flourishing jazz scene of the ‘50s, one of the most exciting periods in the history of jazz. He could hardly wait to dive in. Here’s what he encountered:

• Larry Vuckovich recounts numerous personal experiences and stories of his encounters and/or perfor- mances with jazz giants, such as Duke Ellington, Cab Calloway, John Handy, Vince Guaraldi, Elvin Jones, Jon Hendricks, Teddy Wilson, Joe Williams, Rosemary Clooney, Tony Bennett, his interesting encounters with jazz comic and social critic Lenny Bruce, as well as jamming with avant-garde leaders, Ornette Coleman, Don Cherry and Eric Dolphy. An important period in Larry’s life was his studying Music at SF State University, starting in 1960 where he completed a BA degree, majoring in piano. It was very fortu- nate that jazz master saxophonist John Handy came back from New York at that time, after establishing a strong reputation on the NY scene with performances with Charles Mingus and also under his own name. John became a very influential and inspiring figure in the Music Department at SF State, giving all younger jazz students including Larry Vuckovich, his amazing knowledge of the key elements in jazz, as well and further contributing with his performing abilities. Playing with John at SF State and outside the campus, made an ever-lasting impact on Larry’s future development as a jazz pianist. The Master Sounds jazz quartet, coming out from Indianapolis, settled in the San Francisco Bay Area in the late 50s – early 60s. Buddy and Monk Montgomery plus drummer Benny Barth became regulars on the San Fran scene, as well as the phenomenal guitarist Wes Montgomery. Larry recalls a most memorable jam session with Wes at The Tropics, located at Arguello &. Geary. Larry also did a number of gigs with Benny Barth. He became the only student of Vince Guaraldi of Peanuts fame, recognized in the jazz world as a superb jazz-Latin player, who often worked with the legendary Cal Tjader, a leader in this new genre. Vince also led his own band, which sometimes featured a two-piano quintet that included the young Vuckovich as the other pianist.

• Larry's narration and storytelling span more than half a century, tying in the political events of the day and how they affected the development of jazz.

• Narration includes both humorous anecdotes as well as serious incidents that Larry and his band members encountered, shedding light on how jazz was accepted socially.

• Larry's travels and performances throughout many European countries, performing at jazz festivals and major clubs, enhances the picture of how jazz was accepted in the early stage of its export to the interna- tional scene. The arrival of jazz in Europe also spawned some outstanding local jazz masters such as Danish bassist Niels Henning-Orsted Pedersen and Serbian-Montenegrin trumpeter Dusko Goykovich, with whom Larry worked.

• Highlights from his five-year stay on the New York jazz scene from '85-'90 featured exciting performances at the famed Village Vanguard, Blue Note, Bradley’s with jazz luminaries such as Charles McPherson, Billy Higgins, Curtis Fuller, Red Mitchell, Mel Lewis, Tom Harrell, and others. Larry appreciated the recogni- tion he received from major New York jazz critics/authors such as John S. Wilson, Gary Giddins and Jon Pareles who cited his individual voice in jazz. Two other inspiring, uplifting highlights upon Larry’s arrival in New York, came from two bebop piano giants: Barry Harris and Tommy Flanagan. During their performances, Barry and Tommy publicly announced that Larry was in the audience, and publicly praised his pianistic abilities. Barry introduced Larry as "one of the premier West Coast pianists". Being new on the New York scene, this meant so much to Larry, especially since it’s rare to receive recognition such as this in New York, the center of the jazz world.

• Larry enhances his narration-lecture format with musical selections performed with his trio. The presenta- tion and material include various styles from different decades informing the listener of the development of jazz and the changes it encountered.

• Larry Vuckovich's music falls into the Beyond Category format because of his wide-ranging ability to absorb and play many types of jazz styles including swing, bebop/post bop/hard bop, contemporary jazz, on the edge-modal, Balkan/Middle Eastern/Roma-gypsy ethnic, Flamenco, Latin-Afro-Cuban, Brazillian, Blues-down home blues, jazz tango, and free jazz. He often includes all or most of these forms in his presentation. His 1980 Blue Balkan recording, featuring vibist Bobby Hutcherson, won him recognition as a pioneer in jazz-world music. Village Voice critic/author Gary Giddins included the reissue of this album, with added material, among the top CDs of 2002.

• A question and answer session often draws out further interesting information and anecdotes.

• The Larry Vuckovich trio will supplement the afternoon classroom presentation with an evening concert.