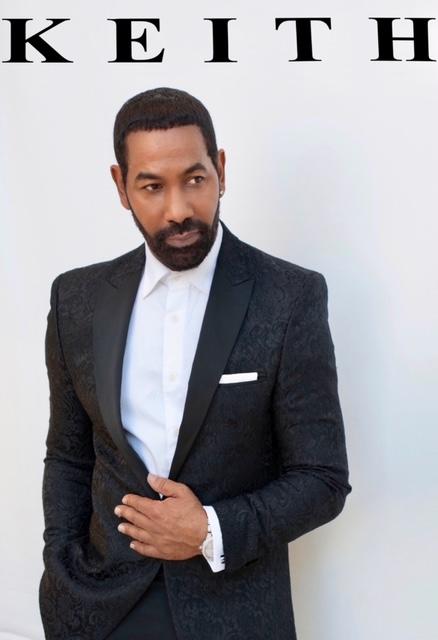 Soul singer known for his hit single "Kissing You"

Keith Douglas Washington (born November 15, 1960) is an American R&B vocalist from Detroit who recorded the hit single "Kissing You" in 1991. The song was also used as background music for the ABC television soap opera General Hospital. "Kissing You" was nominated for a Grammy Award for Best R&B Vocal Performance Male and won a 1992 Soul Train Music Award for Best R&B/Soul Single – Male. The song also topped the Billboard Hot R&B/Hip-Hop Songs chart for one week. Washington is best known for his debut album Make Time for Love.

Washington recorded a duet with Kylie Minogue, their co-composition "If You Were with Me Now" in 1991 (on PWL Records) which reached number 4 in the UK Singles Chart and number 23 in Minogue's native Australia.

Washington branched out in a few acting roles. He starred as himself on the series Martin in an episode called "A Woman with a Past" singing a duet with Tisha Campbell-Martin entitled "The Closer I Get to You" a classic ballad performed and made famous in 1978 by Roberta Flack and Donny Hathaway. In addition, Keith had a brief role in the TV soap opera General Hospital as Keith Jasper. He also had a brief role in John Singleton's Poetic Justice, starring Janet Jackson, as a hairdresser named Dexter.

Washington's first marriage to Marsha Jenkins ended in divorce and resulted in her writing a tell-all book titled The Other Side of Through, which is a fictional account based on Jenkins' marriage to Washington and her experiences with the singer's marital infidelities. In June 2009, Washington married his longtime girlfriend, Stephanie Grimes, who is general sales manager for WGPR-FM 107.5 in Detroit. He also revealed his plans to release a new album. Washington has since branched out into radio himself, as he now hosts the nighttime "Slow Jams" show "Kisses After Dark" on Detroit radio station WDMK-FM 105.9 (Kiss-FM).

Presented by Mark T. Elliott & The A-List Musiq Circle Your Bay Area's Who's Who Entertainment Network.