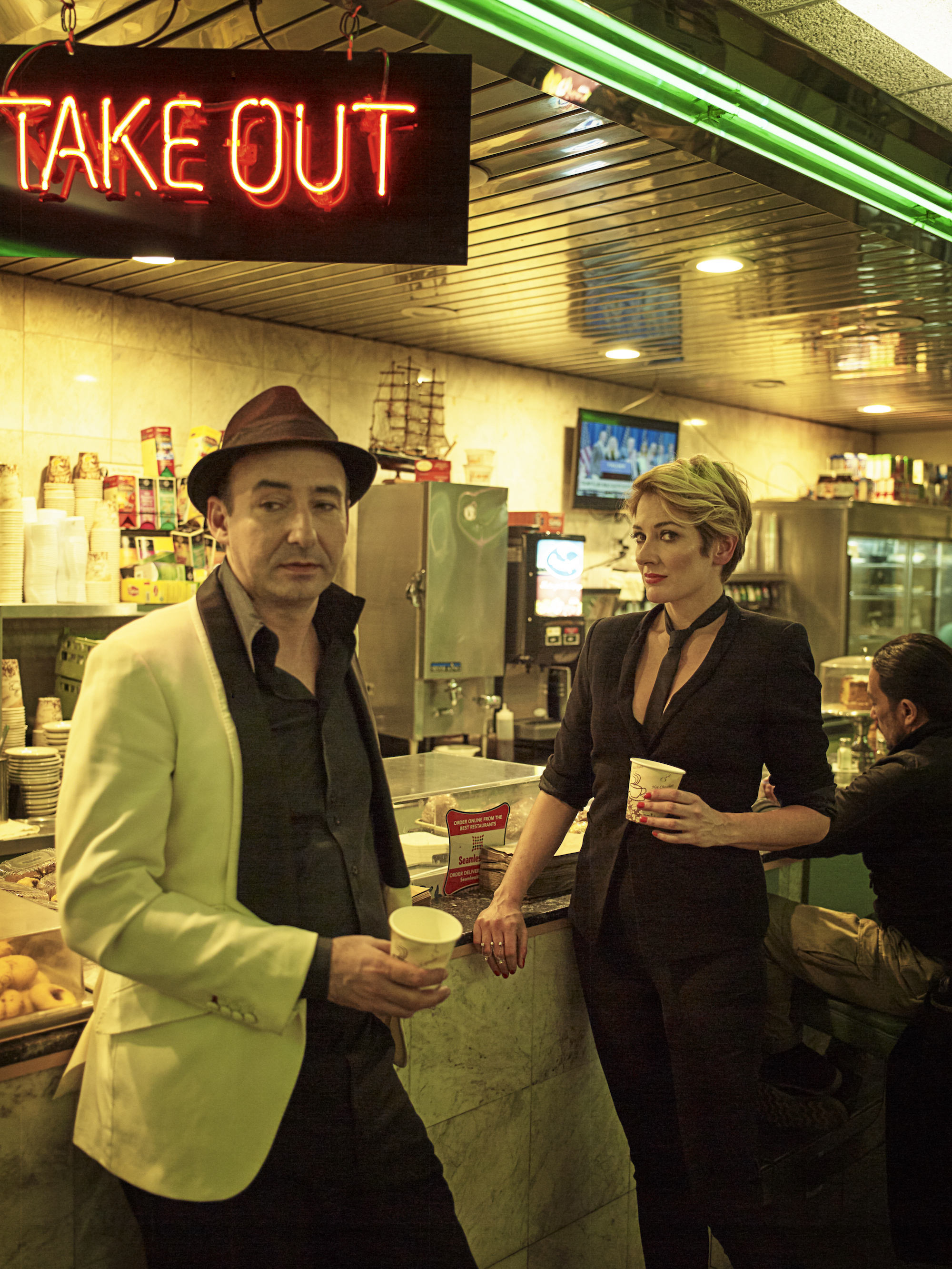 Fueled by the belief that classic jazz feeds the heart and soul, THE HOT SARDINES are on a mission to make old sounds new again and prove that joyful music can bring people together in a disconnected world.

In the last two years, the Hot Sardines have been featured at the Newport Jazz Festival and the Montreal Jazz Festival, have sold out NYC venues from Joe’s Pub to Bowery Ballroom and more than 150 tour dates from Chicago to London, and have released two albums on Universal Music Classics to critical raves and a No. 1 slot on the iTunes Jazz chart in the U.S. and internationally.

In the talented hands of the New York-based ensemble, music first made famous decades ago comes alive through their brassy horn arrangements, rollicking piano melodies, and vocals from a chanteuse who transports listeners to a different era with the mere lilt of her voice. On French Fries & Champagne, The Hot Sardines’ new album for Universal Music Classics, the jazz collective broadens its already impressive palette, combining covers and originals as they effortlessly channel New York speakeasies, Parisian cabarets and New Orleans jazz halls.

Bandleader Evan Palazzo and lead singer Elizabeth Bougerol met in 2007 after they both answered a Craigslist ad about a jazz jam session above a Manhattan noodle shop. The unlikely pair — she was a London School of Economics-educated travel writer who grew up in France, Canada and the Ivory Coast, he was a New York City born and raised actor who studied theater at the University of the Arts in Philadelphia—bonded over their love for Fats Waller. Influenced also by such greats as Dinah Washington, Louis Armstrong and Billie Holiday, they began playing open mic nights and small gigs and by 2011, they headlined Midsummer Night Swing at New York’s Lincoln Center.

The Hot Sardines’ self-titled debut album, named by iTunes as one of the best jazz albums of 2014, spent more than a year on the Billboard Jazz Chart, debuting in the top 10 alongside Tony Bennett and Lady Gaga. The accolades began pouring in for the band: Downbeat called The Hot Sardines “one of the most delightfully energetic bands on New York’s ‘hot’ music scene,” while The London Times praised their “crisp musicianship” and “immaculate and witty showmanship,” declaring them “simply phenomenal.”

“We found ourselves in the perfect place at the perfect time,” says Evan. “As we explored this 100 year-old jazz, we began to look at it as a journey forward, not so much as a look back. This is music for today, not a museum piece.”

Indeed, “People Will Say We’re In Love” from the Rodgers & Hammerstein musical Oklahoma! gets reinvented as a tart tango. Jazz standard “Comes Love” starts as a minuet before vocalist Elizabeth, singing in her native French, conjures up spirits of 1930s Paris. The Hot Sardines even upend Robert Palmer’s 1985 classic “Addicted To Love” with Elizabeth’s cool vocals and hot horn arrangements.

The album title celebrates the duality of The Hot Sardines, reflecting both their glamorous and gritty sides. “When we started out as a band, we played illegal parties in these secret spots in Brooklyn. Down and dirty, and that was one of the reasons we loved it,” Elizabeth says. “Cut to a few years later and we were invited to play with the Boston Pops. We came up with the idea of half of the album being lushed out with strings, and on the other half, going back to our roots.”

The name is also a reflection of the times, as lines blur between high and low culture, luxury and comfort. “The old rules — that champagne goes with caviar, or couture and takeout don’t mix –- are out the window. You see it everywhere — fashion, travel, food,” says Elizabeth. “Just be yourself and do what you like,” adds Evan. “Which is really how we approach playing music.”

The title track is a reminder that when the going gets tough, a little decadence is a balm for the soul. About the pair’s original song, Elizabeth says, “I wanted to write something that could be taken as the end of a love affair, but with a second layer that expressed what we’re all feeling,” she says. “These are uncertain times. When everything seems hopeless, throw a party.”

It’s one of several originals on the album, including Evan’s instrumental homage to his old neighborhood, “Gramercy Sunset,” and “Here You Are Again,” a woozy, country- leaning track written by Elizabeth about “that person in your life who you can’t seem to break up with,” she says. “I got to play a little bit of Hammond organ on that track,” adds Evan. “It was in the corner of the studio, and it called me over.”

Among the album’s other highlights is a high-voltage version of “Running Wild,” a song from the ’20s that film buffs will recognize from director Billy Wilder’s 1959 classic Some Like It Hot. The new arrangement allows each of The Hot Sardines’ accomplished musicians to stretch out. “It also has some Ray Charles moves, which I love to explore,” Evan says.

On this record, Evan and Elizabeth tapped a few members of the ensemble to create and collaborate on specific arrangements, including trumpet Jason Prover, drummer Alex Raderman, saxophone and clarinet Nick Myers, and trombone and cornet Mike Sailors. “Though we all mesh, each member of the band really has his own style, his own wheelhouse. We wanted to draw that out more on this album,” says Elizabeth.

The Hot Sardines played more than 100 shows last year, taking their act from their familiar confines of New York across the country. And, to no one’s surprise but their own, they were greeted by music lovers everywhere. “It never really occurred to me that anyone was listening to us outside of New York City. To show up in a town and have people say, ‘I love this song. I love this video’ is mind-blowing to me,” says Elizabeth, who adds she remembers the towns by the food, seeking out “whatever that region does really well — we’re constantly in the tour van, researching mom-and-pop places in the next town.”

In New York City, The Hot Sardines draw a young audience. In the rest of the country, multi-generations come to enjoy the music. “We’ll see daughters, mothers and grandmothers coming to our show together,” Evan says. “In Long Island, a young girl came up to Elizabeth with a can of sardines to sign. She was 7!”

In the hot jazz movement, The Hot Sardines stand apart for the innovation, verve and sheer joy they bring to music, both new and old. “It’s a really cool time to be making music,” Elizabeth says. “Especially if you’re making music that started its life 100 years ago.”