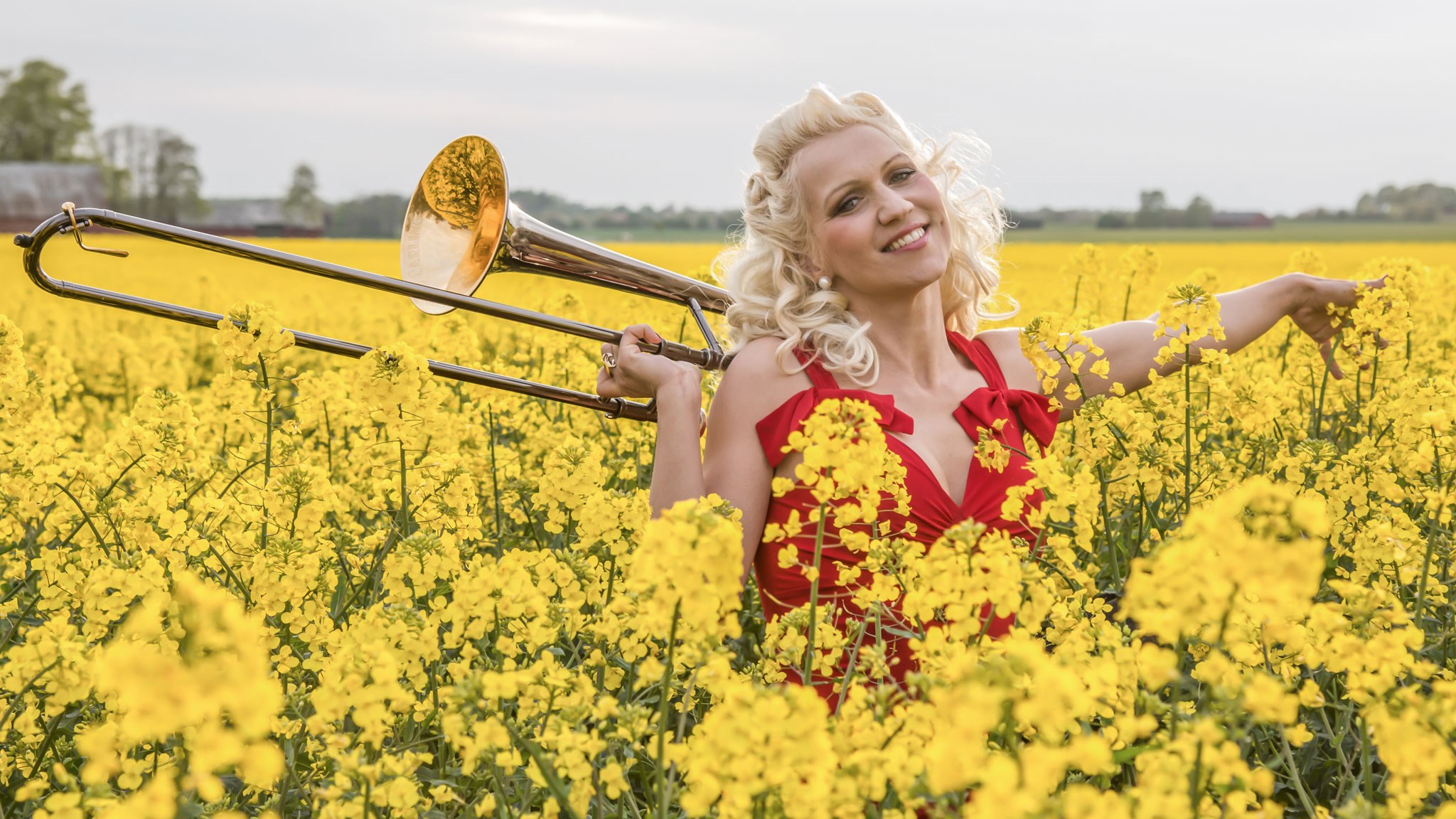 Gunhild Carling is a Swedish jazz musician and multi-instrumentalist. She is famous for playing three trumpets at the same time. Carling became known for her performance at Allsång på Skansen on July 20, 2010. Gunhild plays trombone, bagpipes, trumpet, recorder, string instruments (such as banjo, ukulele and harp), and will often showcase all of her skills in one song, sometimes casually breaking into a tap dance or singing lyrics. Carling competed as a celebrity dancer in Let's Dance 2014 on TV4, placing third.