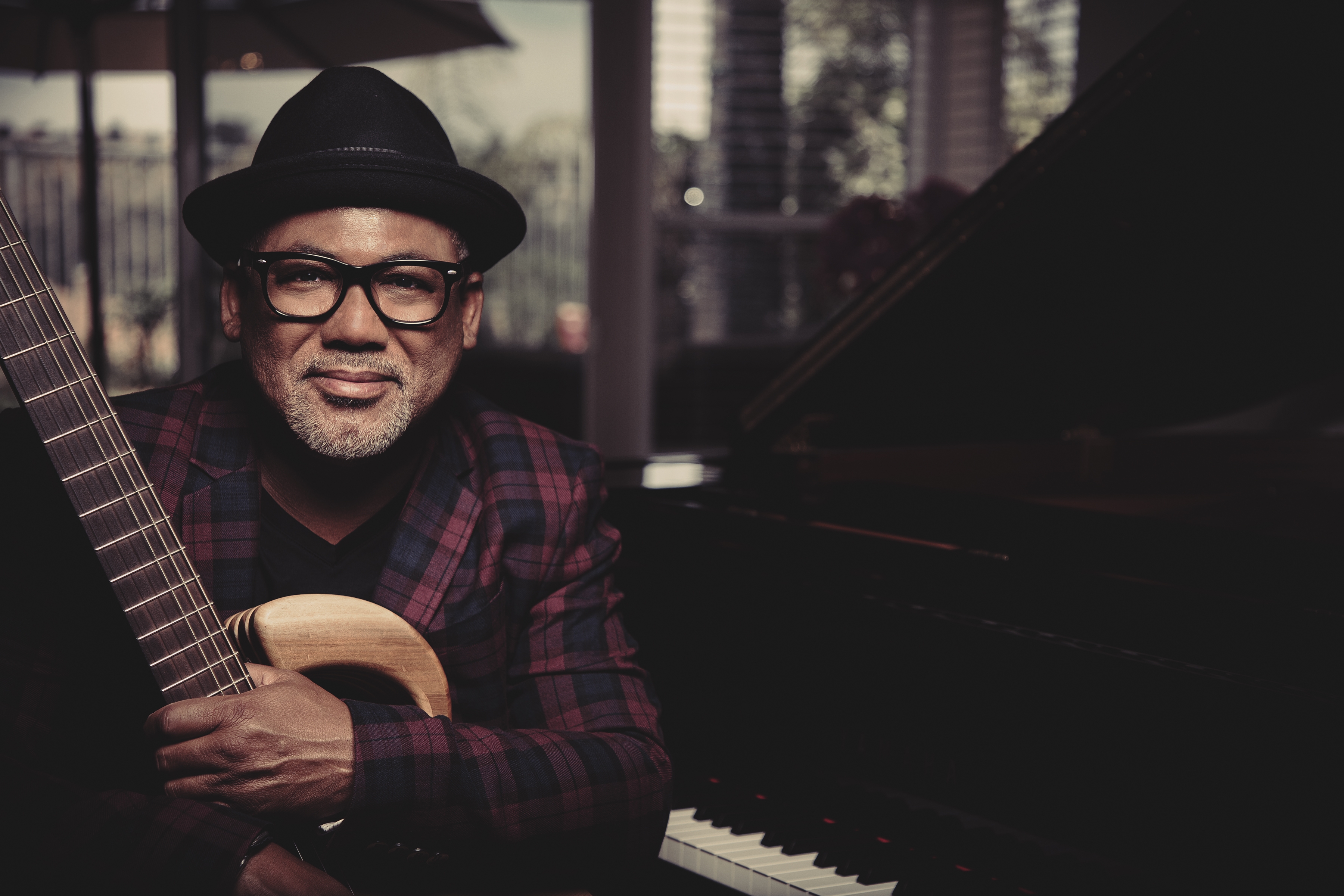 Jonathan Butler is a singer-songwriter and guitarist who leads a life few can imagine. Born in South Africa under the shadow of apartheid and raised in poverty, Butler was the first non-white artist to be played on South African radio and appear on national television. Though his musical abilities would take him away from the world he grew up in, Jonathan would neither forget the plight of his fellow South Africans, nor the man that led them to freedom. It is for this reason Nelson Mandela credits Butler’s music as having inspired him during his imprisonment. In more ways than one, Jonathan Butler is representative of South Africa.

Jonathan’s story begins at a very young age when his father presented him with a homemade one-string guitar. Little did his father realize that he was giving way to a musical phenomenon. From then on, Jonathan’s musical gifts grew by leaps and bounds. In his early teens Butler won a local talent contest, affording him the opportunity to perform with a touring musical company throughout South Africa. On occasion he would perform at lavish concert halls for whites only, where he would not be allowed to use the bathroom, and the very next night he would perform in a dilapidated local township. Ultimately, his ticket to a new life was music.

At thirteen, Jonathan’s talents caught the eyes and ears of the British record producer Clive Caulder. He was signed to Caulder’s Jive Records and the rest is history. Jonathan’s first single broke down racial barriers becoming the first song by a black artist played by white radio stations in South Africa and won the South African equivalent to a Grammy®.

His commitment to his craft came to fruition with his self-titled debut album, which received a Grammy® nomination for the pop hit “Lies.” An instrumental “Going Home” earned him another Grammy® nomination and the mid-tempo ballad “Sarah, Sarah” confirmed Butler’s place in popular music.

However, to Jonathan Butler, success is measured on a higher plane.

A religious and spiritual man, Butler dedicates his life to being a devoted father and grandfather, and a caring citizen to his homeland, South Africa.

And in spite of all the hardships, Jonathan Butler has an air of playfulness and quiet resilience that is easily visible in his passionate performances.