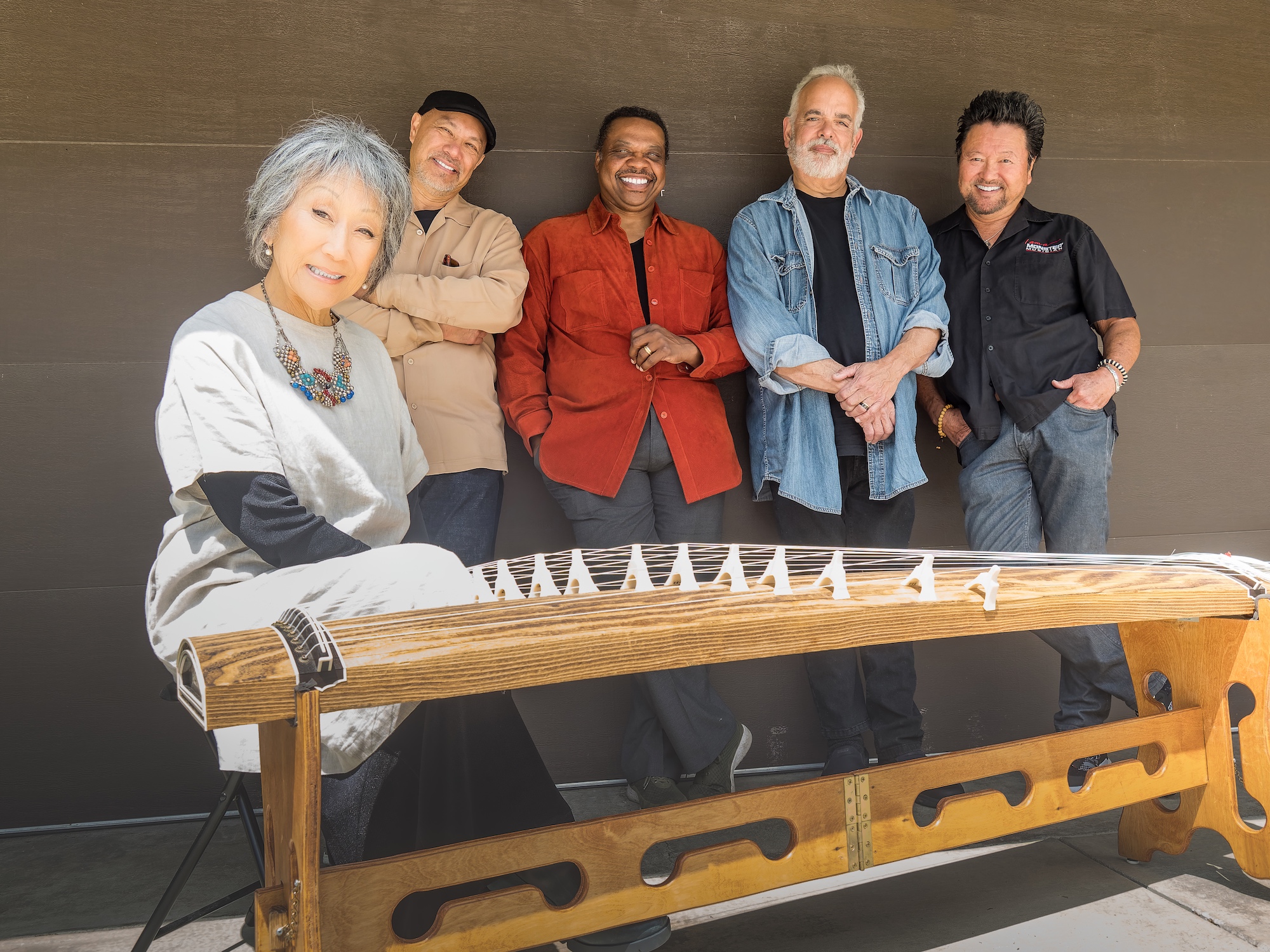 Hiroshima is in the midst of the "Domo Tour".  "Domo" is Japanese for "thanks".......thanks for the years of support.  After 42 years of recording and touring, the band has decided to "wind down".  Not stopping 100%, but live dates will be curtailed significantly.    The band's current CD is entitled "2020", with three songs which charted on Billboard's Contemporary Jazz charts  ("Groove Latino", "Someday Soon", and "Sidestreet")

One of the most unique and engaging American bands, Hiroshima brings its one-of-a-kind mix of Jazz, R&B, Salsa and Eastern sounds, with a diverse program of songs from its over 20 CD’s, including global hits like “One Wish” and “ Thousand Cranes,” with new and inspired music from the “2020” Project.  Both early release singles charted solidly in the top 20 of Billboard Jazz Charts with “GrooveLatino” residing in the #2 spot for over 6 weeks.

Hiroshima is about diversity.  It’s an exploration and celebration of cultures, music, art and the heart.  “America’s greatest asset is our multiplicity—our cultural richness,” says Dan Kuramoto.  “We try and embrace it, and the joy in our differences.”  When Hiroshima toured with Miles Davis in 1990 Miles impressed them with the notion that music is a path that is ever changing.