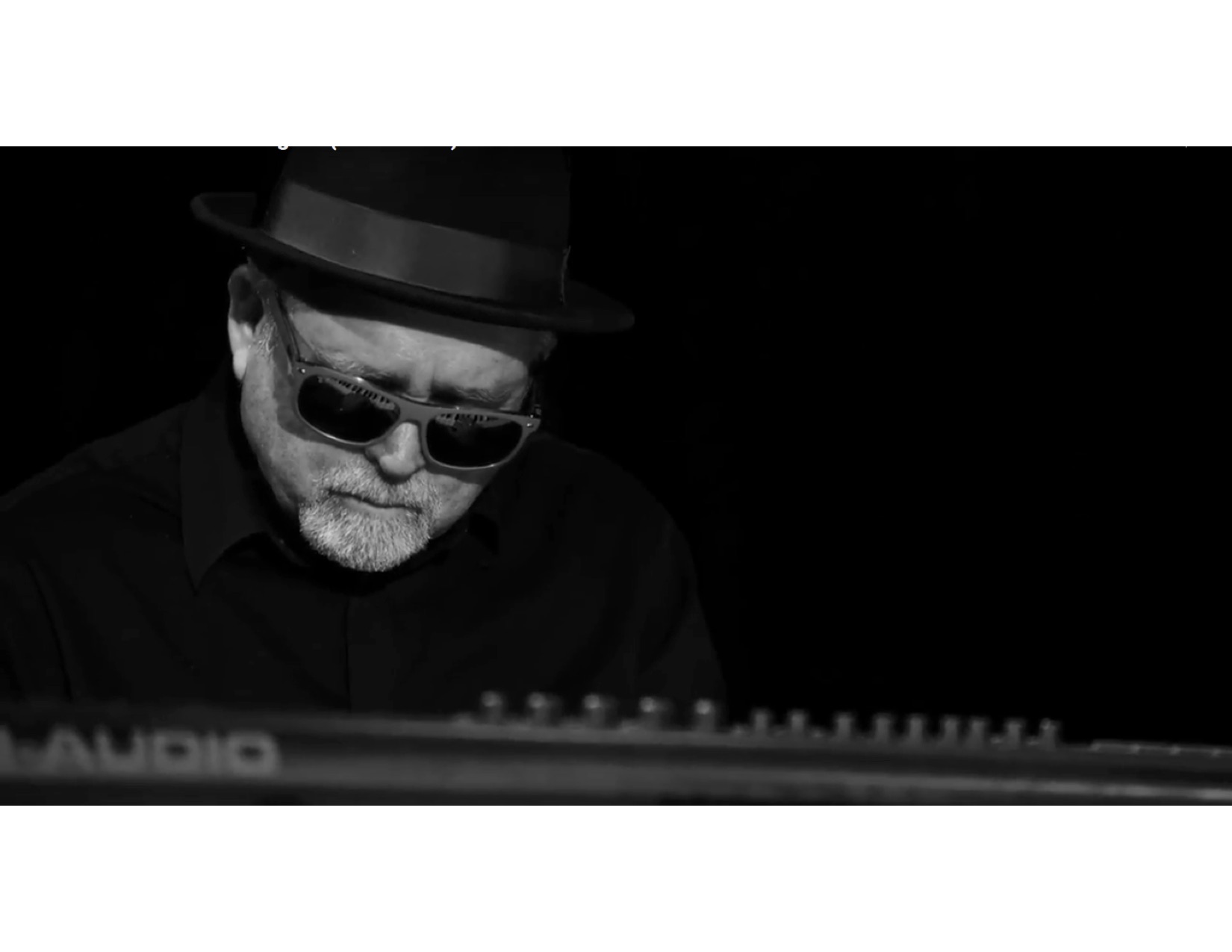 I was born and raised in Oakland, California.

It all started when I was six and my parents bought an old upright piano.  A few days later a man came and while I watched he took the whole piano apart and took the insides away just leaving the wood case.  Then sometime later he showed up and with me as his sole audience he put the whole instrument with rebuilt parts back together.  As soon as I played a few notes on it, I was sold.  I got a special feeling every time I played it.  I still do..

I loved my first teacher Mrs. Collins. She was a classical teacher. She soon realized I wanted to learn Jazz. So she made a deal with me: if I showed up to my lesson and had practiced my 3 B’s (Bach, Beethoven and Brahms), we could work on Boogie Woogies too. I learned all the basics from Mrs. Collins.  After five years she helped my parents find a Jazz teacher since she knew that's where my heart was.

I started lessons with two fantastic Jazz teachers.  First Don Burke, who moved away after a year, then Wilbur Barranco. In High School I could play a standard out of a fake book with block chords in my right hand and stride in the left.

But I still hadn’t played piano with anyone.  I just played by myself at home. I was a freshman at UC Berkeley studying Engineering.  On a whim I auditioned for the school Jazz Ensemble.  Somehow I got in. I started taking classes in the music department and before long I was dropping all my Engineering classes and just studying music.  I had the bug!

I transferred to Berklee College of Music in Boston and took lessons with the great Charlie Banacos, Jaki Byard and Ray Santisi.

After college I played in an R&B band for a couple of years and toured all over the western United States and Canada.

In the late 80's I was a member of The Freaky Executives. The "Freakies" were picked as the best Bay Area band by every bay area publication (SF Chronicle , Oakland Tribune, East Bay Exprees, SJ Mercury  News etc.) for 3 years straight. Joel Selvin (SF Chron) said we were "the hippest most innovative band to come out of the Bay Area in at least 15 years". The Oakland Tribune said we were" the best band to come out of the East Bay since the days of Sly Stone and Tower of Power". We were signed by Benny Medina to Warner Bros.. Warner Bros. spent 2 1/2 years recording an album that sounded nothing like the band, then never released it. The band broke up . . .

In the 90's I returned to being a sideman. I worked with George Benson, Bobby Womack, Michael Franti and Spearhead, Kenneth Nash, Samba Ngo, Nicolas Bearde, Tony Lindsey, Charo, Don Cherry, Andy Narell, Benny Reitveld, Love and Rockets, Taj Mahal, Rebbe Soul as well as my old friends Ray Obiedo and Pete Escovedo and many others. In this period of time I also honed my studio and song writing skills playing on over 100 CD’s, learning to engineer, writing music for TV -Third Watch, Nash Bridges, film -Wayne Wang’s “The Center of The World, Who Needs Sleep?, La Mission featuring Benjamin Bratt, video games -Maxis’ Sim City, Pacha's Pajamas as well as writing songs that were recorded by Huey Lewis and The News, Irene Cara, Forrest Buchtel and many others.

In the early 2000's I was been a member of Los Mocosos- A Latin/Hip Hop band, who toured all over the world playing Jazz and World music festivals. We won a California Music Award for Best Alternative Latin Album. We have 3 CD's out on Six Degrees Records.

Lately have been performing with my own trio. Dennis Smith on Bass and Deszon Claiborne on Drums.  We released 2 CD’s. Our second CD, Cosmopolis received top 10 CD's of the year honors from "All About Jazz" and reached 17 on the Roots Music Jazz Chart.

Recently I have been playing with a new band, “FIVE TEN”, with Dennis Smith, Marquinho Brasil, Jeff Narell and Billy Johnson. We just released our first CD “Cinco Um Zero”.