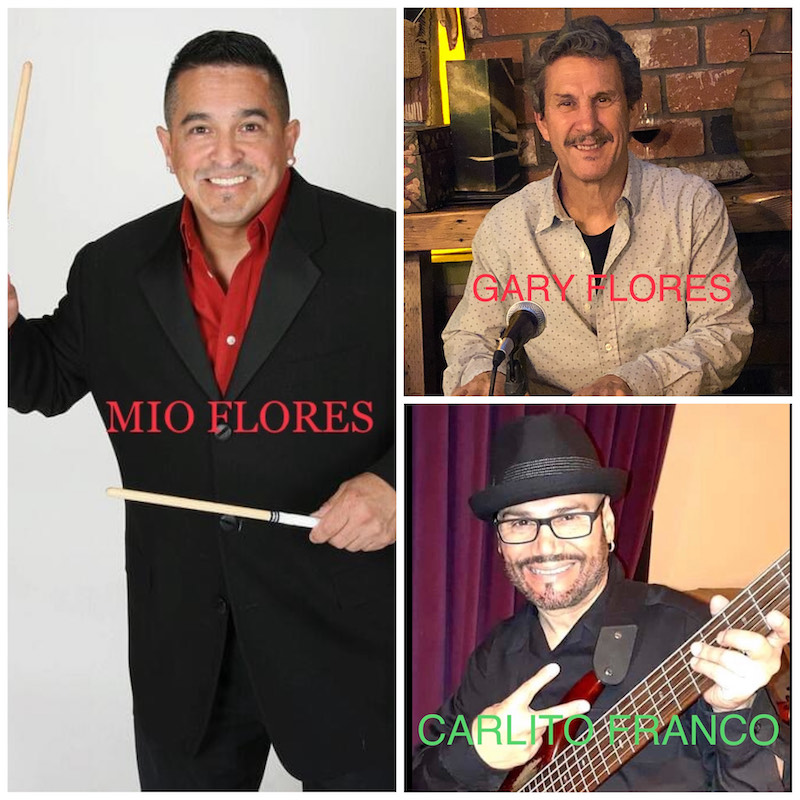 Mio Flores, Pocket Percussionist, Born and raised in the Musical melting pot of Oakland California, Has been performing on stage since the early age of eight years old. Throughout his career he’s had the opportunity of Playing Percussion ,Performing and Working with headliners such as, The Whispers, Pete Escovedo, El Chicano, Confunkshun, Carlos Santana, and many more. Being in the music industry as long as he has, he’s worn hats as a Band Leader, Emcee/Host, Musical Director, and Production manager. He’s had the pleasure since 2015 as an Artist with Elevate Oakland, non-Profit as a hand drumming instructor with The Oakland Public Schools, presently at McClymonds High School.

Mio’s had the pleasure of playing with many Artists,Bands and Musicians creating a network of Go-To musicians. Which at a moments notice can be called upon as fine musical chemistry for any type of musical genre and venue. Having a a good ear and a natural gift of Playing Percussion for different music styles such as Latin, Salsa,Jazz, R&B, Funk, Rock, Pop,Disco and Latin Rock…. Mio has reached a mark that many musicians seek throughout their career, which is Musical Diversity.