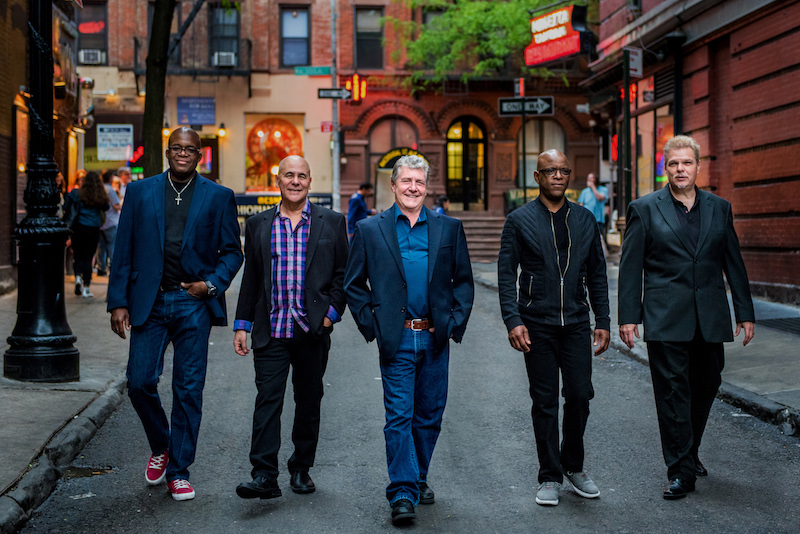 October 2019 witnessed the release of Spyro Gyra’s first album of new material in six years. Once again, they have upset expectations by recording an album of all cover songs. In a nod to drawing heavily from their earlier pop and rock influences, Vinyl Tap. It’s going to upset some expectations of a collection of romantic favorites by a contemporary jazz artist. Be prepared for some surprises, like a Latin big band approach to Cream’s “Sunshine Of Your Love”. Or maybe a stunning arrangement of Blind Faith’s “Can’t Find My Way Home”. Or maybe a slowed down, bluesy version of Squeeze’s “Tempted” might be more your style. These are going to be some of the highlights of the Vinyl Tap tour.

Art Good, the host of the Jazztrax radio show and an iconic founder of Contemporary Jazz on the radio for the last 40+ years, sent their manager a note about the new record, Vinyl Tap. “When I saw that Spyro had done an album of Covers, I cringed. Then I was terrified to begin listening. Then I Listened. Now I can’t stop Listening. Jay and the guys have pulled off an incredible feat. An entire album of incredible ‘covering’ of great songs instrumentally. And the more times you listen, the better they get. The only song I didn’t initially like was ‘What a Fool Believes.’ Then the instrumentation took over and took over, the more I listened to it. Now I HAVE to hear it all the way through. “Everyone’s taking off on their different instrument solos is captivating. Drum solos aren’t ‘drum solos’ here. Bass solos aren’t just ’bass solos’ here. Because of Spyro’s SO distinctive players, what normally would be just those bass and drum solos with Spyro just further define these incredible classic rock songs. This album is positively fabulous.”

Spyro Gyra is an unlikely story of a group with humble beginnings in Buffalo, NY who has continued to reach an international audience over forty years, resulting in sales of over 10 million albums and having played over five thousand shows on five continents. They have accomplished this due to a forward looking approach combined with the work ethic of an underdog, always challenging themselves to do something new while never resting on past success. It has proven to be a recipe for longevity for this jazz group while music has gone in and out of styles in ever shorter cycles.

“My hope is that our music has the same effect on the audience that it does on me,” says group leader Jay Beckenstein. “I’ve always felt that music, and particularly instrumental music, has this non-literal quality that lets people travel to a place where there are no words. Whether it’s touching their emotions or connecting them to something that reminds them of something much bigger than themselves, there’s this beauty in music that’s not connected to sentences. It’s very transportive. I would hope that when people hear our music or come to see us, they’re able to share that with us.”