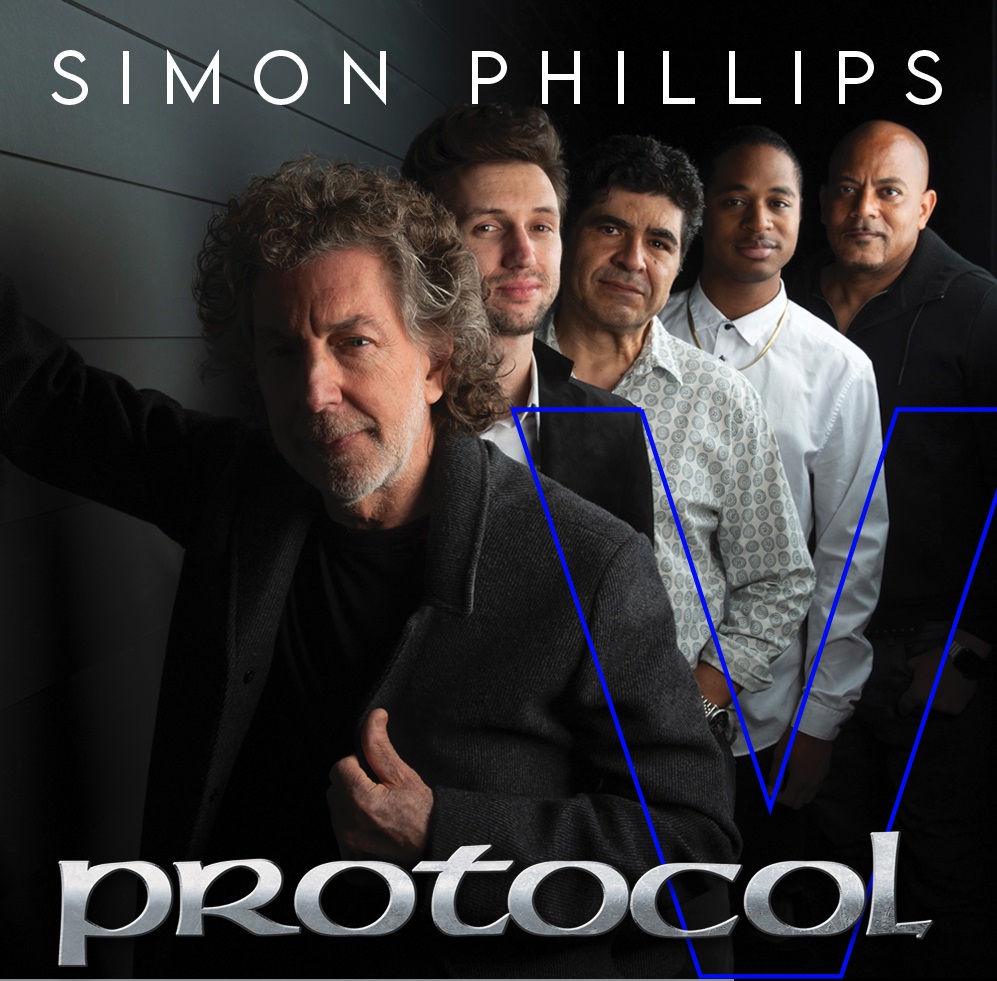 Jazz. Rock. Jazz-rock. Across more than four decades, legendary drummer Simon Phillips has shown an uncanny ability to excel in most any musical environment. Precision, intensity and emotion are hallmarks of Simon’s sound in every setting. And working with many of the world’s most prominent musicians from an early age, he has repeatedly made his mark through scores of historic recordings and tours around the globe.

High-profile recordings and/or tours were soon to come with the likes of Mick Jagger, Asia, The Who, Gary Moore, Joe Satriani and many more. But it was the untimely death of drummer Jeff Porcaro that led to Simon’s 21-year presence in Toto (1992-2014), highlighted by ten albums and numerous world tours. During this period Phillips also worked on various projects led by Steve Lukather, Michael Schenker, Derek Sherinian and others.

Listeners can discern the influence of many great drummers in Simon’s sound, not the least of which is ‘70s-era Tony Williams. According to Simon, “I was introduced to Tony by Jack Bruce back in 1977. His 1975 album, Believe It, is still one of my favorites.

Ernest Tibbs continued in the bass chair for the release of Protocol IV in 2017, but this record featured a major league rock session guitarist named Greg Howe (Michael Jackson) along with the dynamic young keyboardist Dennis Hamm (Thundercat). Still utilizing the quartet format, Protocol IV presents Simon’s strongest compositions yet — and it was nominated for a GRAMMY Award in the Contemporary Instrumental Album category.

Simon toured extensively as leader in 2019, celebrating Protocol’s 30th Anniversary and playing tunes from each of the previous albums. However, the lineup was tweaked once again, this time to become a quintet, including veteran keyboardist Otmaro Ruiz (John McLaughlin), Jacob Scesney on saxophones and the brilliant young guitarist Alex Sill.

Looking forward, Simon has begun to write new music for a Protocol V album, planned for 2021 release. “My goal is to compose better music and I hope the next album will be as good and as well-received as Protocol IV.”