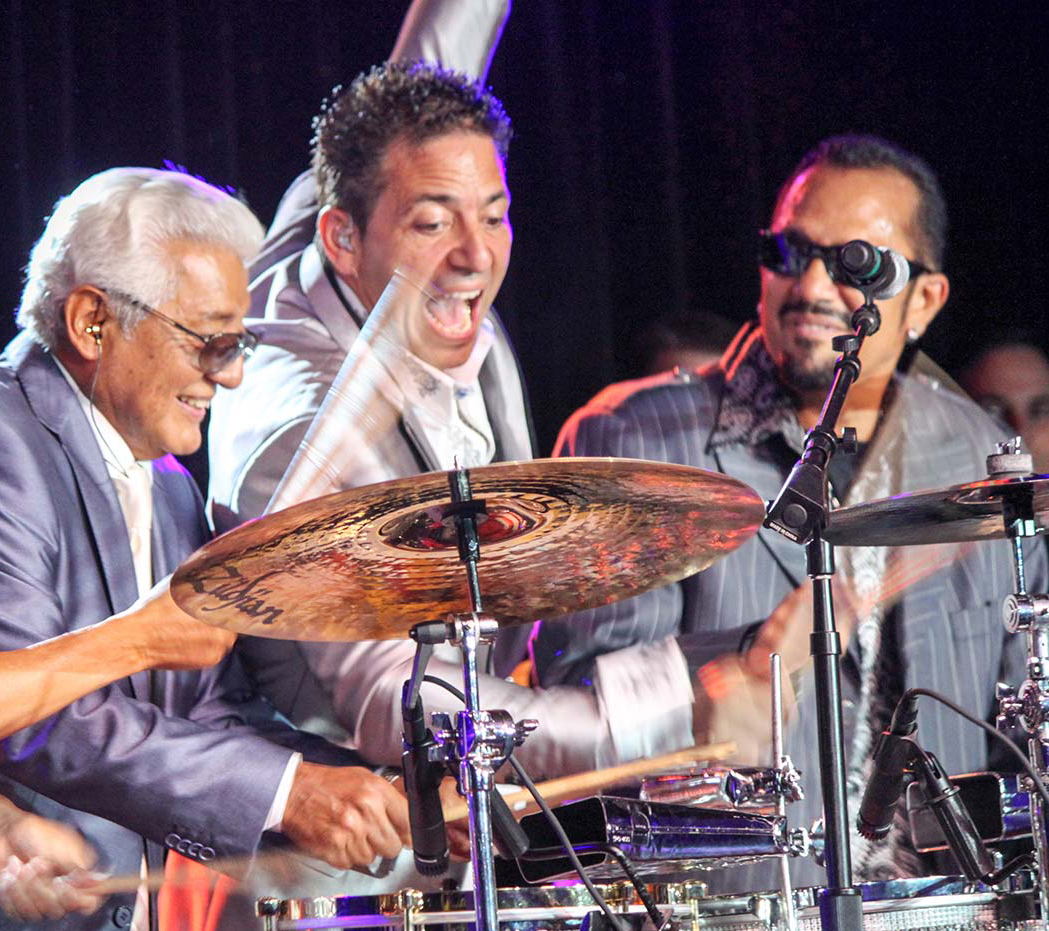 Due to illness, Pete Escovedo will be unable to perform this weekend. The Pete Escovedo Orchestra will instead, be led by Peter Michael, and Juan Escovedo along with a very special guest!

Pete Escovedo toured internationally with the legendary guitarist, Carlos Santana, for five years and performed on three Santana albums:  Moonflower, Oneness, and Inner Secrets.  Mr. Escovedo left Santana to follow in the musical footsteps of his mentor, the late Great Tito Puente, who influenced his music and decision to form his own orchestra consisting of a five-person horn section with strong rhythm and percussion personnel.

On his website, http://peteescovedo.com/ you will find links to hear his music, see video performances and read his biography.  More information about his book " My Life in the Key of E " is also on his website.

In 2013, Pete Escovedo, was honored with a  Jazz Tribute Award at the Los Angeles Jazz Society 30th Anniversary.  He performed at the White House for President Obama and was requested to return for a repeat performance.