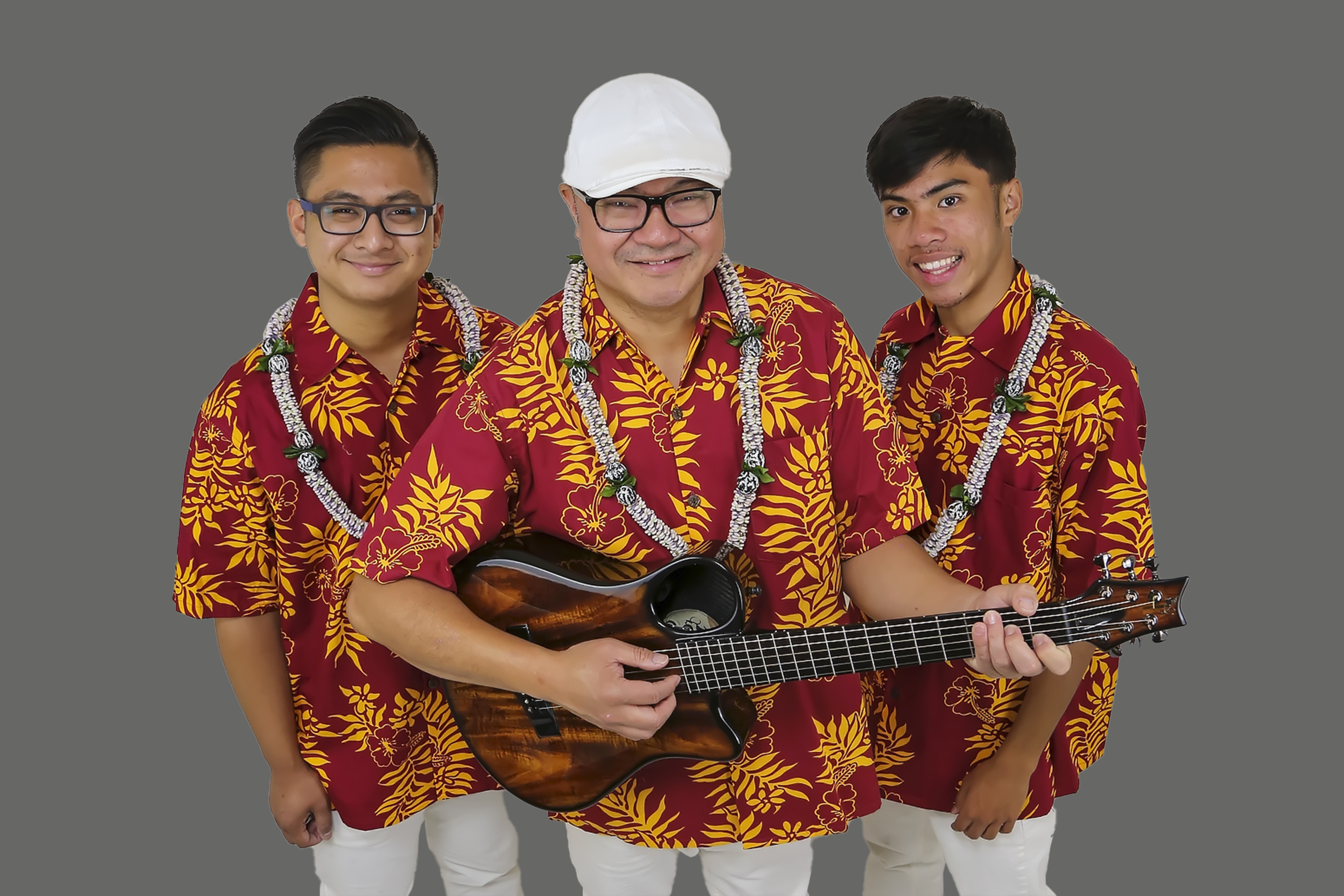 A native Hawaiian who was born and raised on the continent, Patrick Landeza found his roots in the music shared with him by his mother, Frances Kawaipūloʻu Kuakini OʻSullivan Landeza. The songs that she taught him, many of which are on this new release,  were songs that she learned growing up in Hoʻolehua, Molokaʻi. The music filled cultural gaps left by his childhood in California, providing him with a firm foundation upon which he built his musical career. The music he grew up listening to sparked an interest in the traditional art of slack-key, connecting Patrick with some of kī hōʻalu’s most legendary names: Cyril Pahinui, Raymond Kāne, George Kuo, and Dennis Kamakahi. Under their tutelage, the network of roots that his mother had carefully established grew and Patrick’s style of music became firmly rooted in slack-key.

Now a father of 5, it’s Landeza’s turn to follow in his mother’s footsteps and share the songs of his heritage with the next generation, connecting them to their ancestors through the very roots that connected him. Patrick Landeza & Sons is made up of Patrick, his son, Patrick Landeza, Jr. or PJ (17), and his hānai son, Justin Firmeza (19). PJ is currently an 11th grader at Moreau Catholic High School in Hayward and Justin is in his 3rd year at San Jose State University majoring in Jazz Studies.

By teaching these young men the songs he was taught, Patrick is ensuring that the legacy that he was entrusted with by his mother and many slack-key mentors will live on. He has assembled some of his favorites in this CD offering, Back to the Roots, a collection that celebrates his commitment to root a new generation of musicians in the same traditions that were instilled in him. Hawaiian music is dynamic, changing and evolving with the world around us. But through this creative process we must never lose sight of our roots, those ties that bind us to the foundation so carefully laid by those that came before us.