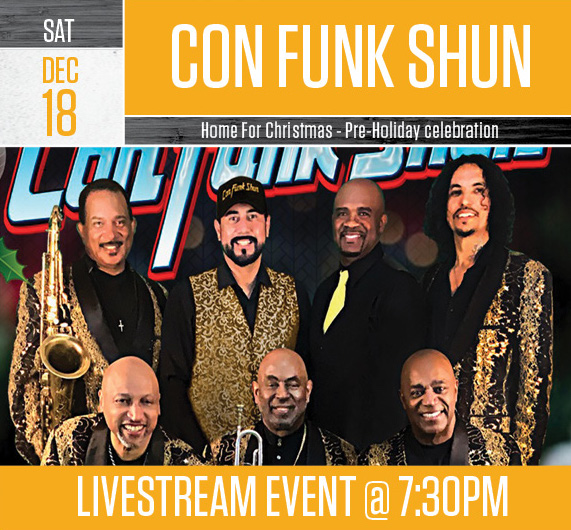 Livestream the Con Funk Shun SOLD OUT Sat, Dec 18 (7:30pm) Yoshi's performance. Enjoy professional sound and multiple viewing angles from the comfort of anywhere that you have a wireless connection.