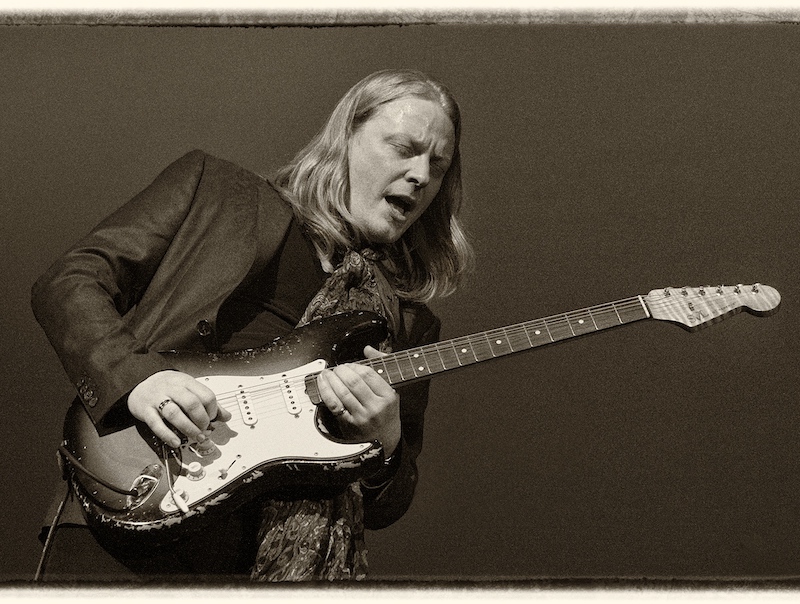 British born and now US-based, Matt Schofield continues to push the frontiers and reshape the boundaries of the British Blues tradition. A multi-award winning guitar virtuoso, singer, songwriter, producer and band leader, after more than 30 years of performing, and 20 years into his solo career, Schofield's impact as one of the most influential and distinctive guitarists of his generation is unquestionable.

Schofield's fluid and melodic playing and iconic tone has inspired legions of guitarists, and a sought after line of signature instruments and equipment including a Two-Rock Matt Schofield amplifier.

What remains ever impressive is Schofield live. From main stages at prestigious festivals such as Montreal and North Sea Jazz, to packed houses in legendary clubs like New York's Iridium or London's 100 Club, Schofield's ability to connect with audiences immediately and profoundly is unforgettable. His authenticity, mastery of guitar, emotive vocals, and improvisational brilliance are brought to life within his innovative original compositions.

A renowned musical educator, in 2018 Matt released “Blues Speak”, his highly acclaimed TrueFire instructional series. As a clinician he has taught from Tokyo to Texas and all points in between.

Matt’s upcoming record reunites him with his original and much loved organ trio line-up, to mark the 20th anniversary of the album and band that launched his solo career.