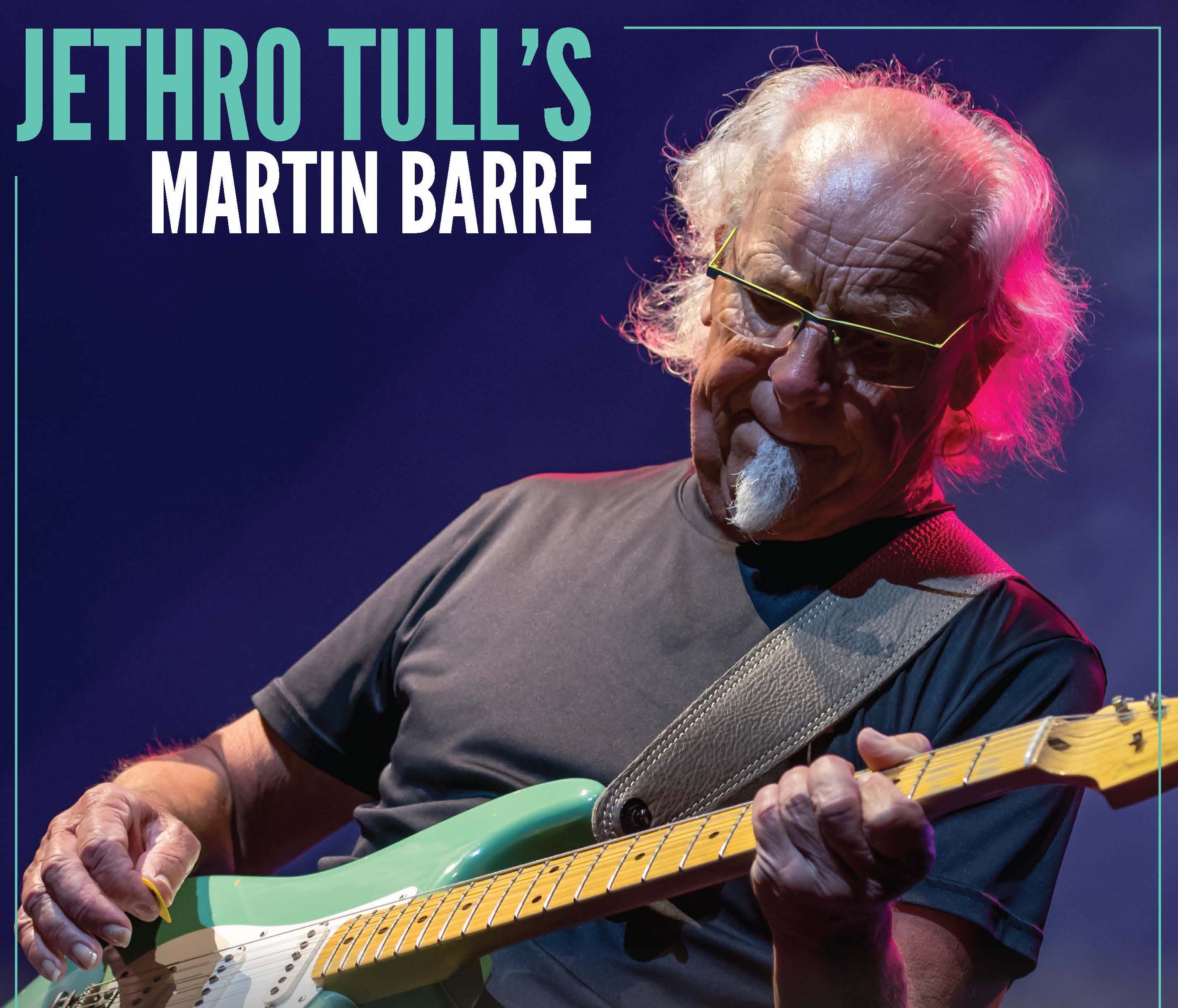 In 1969, a band of four English musicians arrived in New York and literally took America by storm. Over the next 50 years, this legendary band accumulated over 65 million record sales and a following of loyal fans that are the envy of rock bands worldwide! This band was Jethro Tull.

Aqualung, probably the most famous and celebrated of all of Jethro Tull’s albums, is now celebrating 50 years since its release in 1971. At the centre of Tull’s unique sound is guitarist Martin Barre, who is renowned for his formidable mastery of historic riffs, power chords and soaring melodic solos. Martin is celebrating the 50th anniversary of the release of the iconic and legendary album Aqualung with a worldwide tour throughout 2021.

Territories will include South America, USA, Canada and Europe. He will be bringing a spectacular show playing the album in its entirety with his touring band The Martin Barre Band - featuring Dan Crisp on lead vocals, Alan Thomson on bass, and Darby Todd on Drums. Martin Says: “Aqualung was the album that defined Tull. Sumptuous melodies, big dynamics and power riffs galore. Acoustic met electric...and it all worked.” The anniversary tour will be a once in a lifetime opportunity to sit back and relive this legendary album, being played in full and in sequence for the first time.

Martin Barre, Jethro Tull’s guitarist for over 43 years. His sound and playing was a major factor in their success. Album sales have exceeded 60 million units and they continue to be played worldwide, representing an important part of classic rock history. Martin’s guitar playing has earned him a high level of respect and recognition. His solos were voted 25th best solo ever in the USA and 20th best solo ever in the UK for his playing on Aqualung. His playing on the album Crest of a Knave earned him a Grammy award in 1989. As well as numerous Jethro Tull albums, Martin has worked with many other artists including Paul McCartney, Phil Collins, Gary Moore, Joe Bonamassa and Chris Thompson and has shared the stage with such legends as Jimi Hendrix, Fleetwood Mac, Pink Floyd, and Led Zeppelin.