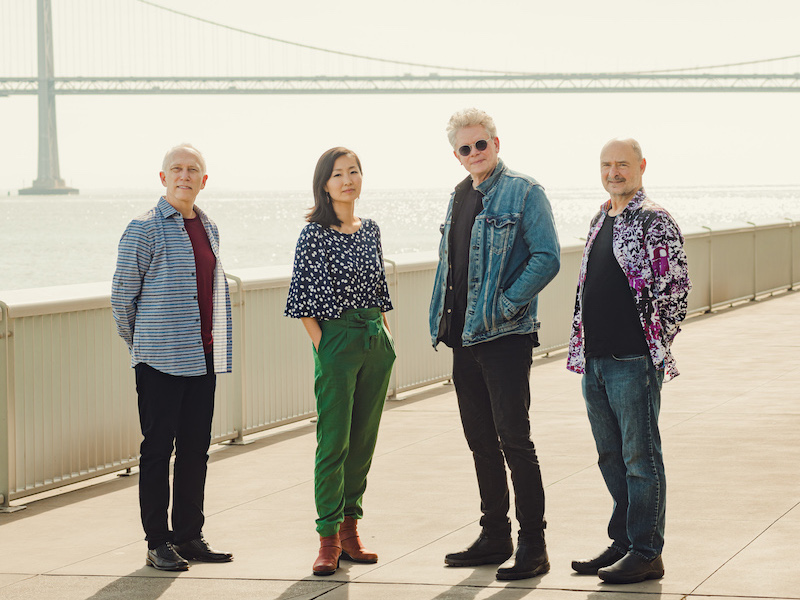 One of the most celebrated and influential groups of our time

For more than 45 years, San Francisco’s Kronos Quartet – David Harrington (violin), John Sherba (violin), Hank Dutt (viola), and Sunny Yang (cello) – has combined a spirit of fearless exploration with a commitment to continually reimagine the string quartet experience. In the process, Kronos has become one of the world’s most celebrated and influential ensembles, performing thousands of concerts, releasing more than 60 recordings, collaborating with many of the world’s most accomplished composers and performers, and commissioning over 1,000 works and arrangements for string quartet. Kronos has received over 40 awards, including the prestigious Polar Music, Avery Fisher, and Edison Klassiek Oeuvre Prizes.

The nonprofit Kronos Performing Arts Association manages all aspects of Kronos’ work, including the commissioning of new works, concert tours and home season performances, education programs, and the annual Kronos Festival. In 2015, Kronos launched Fifty for the Future: The Kronos Learning Repertoire, an education and legacy project that is commissioning—and distributing online for free—50 new works for string quartet written by composers from around the world.