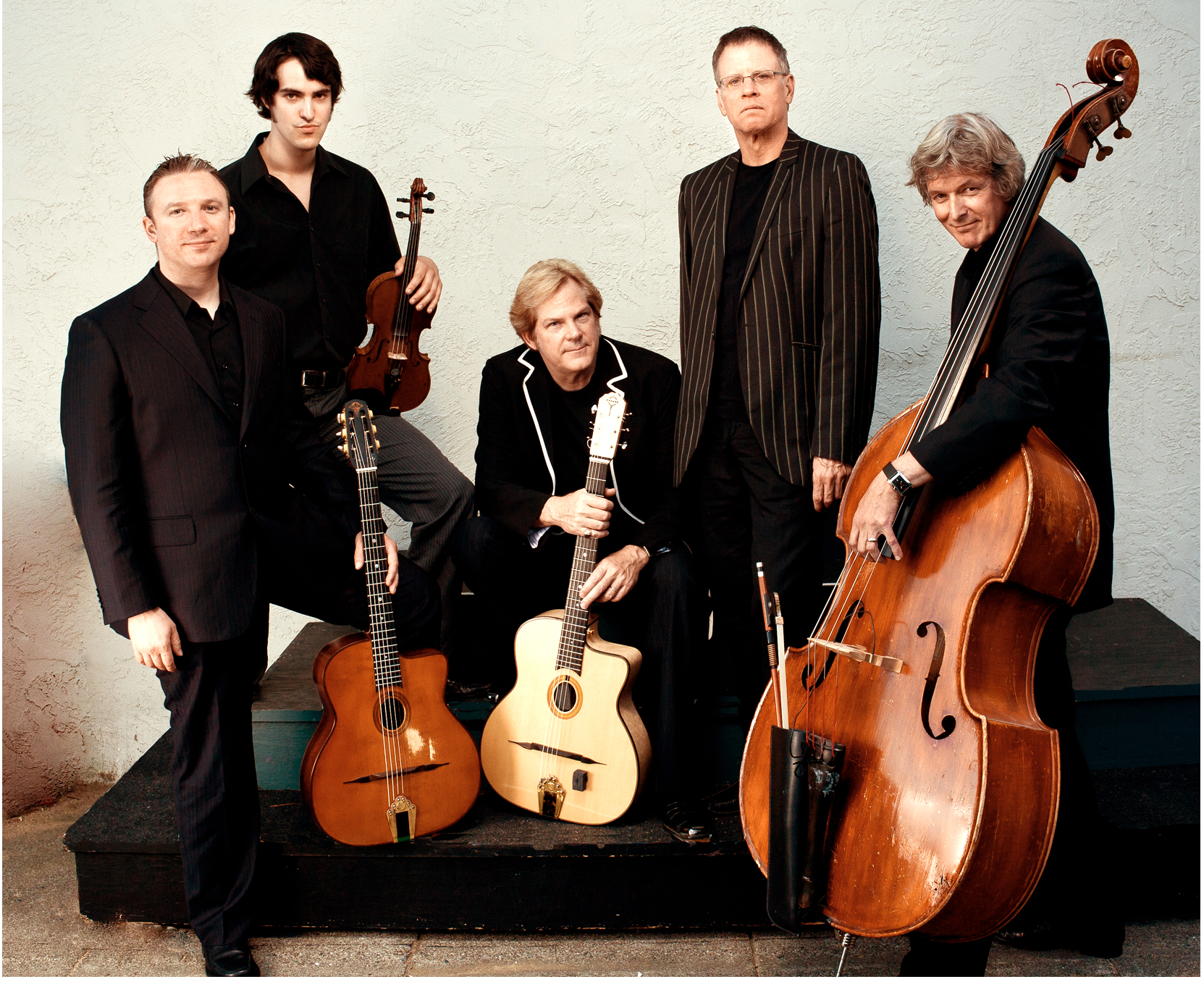 Due to a scheduling conflict with the artists' tour, the January 6, 2022 performance will be cancelled. We apologize if this causes any trouble or confusion. We look forward to rescheduling this event at a later date.

Music virtuoso John Jorgenson, known for his exquisite guitar licks and world-class musicianship, has collaborated with the likes of Elton John, Luciano Pavarotti, Bonnie Raitt and Bob Dylan. In addition to acoustic and electric guitars, Jorgenson is also regularly featured on mandolin, saxophone, clarinet, bouzouki, pedal steel, and as a vocalist. He has garnered recognition for contributing to GRAMMY®-winning and numerous platinum-selling albums.

Jorgenson’s dynamic Quintet and its authentic gypsy jazz—the string-driven swing created by Jean “Django” Reinhardt and Stephane Grappelli in 1930s Paris—is recognized internationally. One of the elite gypsy jazz players in the world, Jorgenson portrayed Django Reinhardt in the Hollywood feature film Head in the Clouds and his quintet has been hailed the “U.S. ambassadors of gypsy jazz.”

All About Jazz has described a live performance by the John Jorgenson Quintet as “a mix of soulful romance and rollicking celebration, with Jorgenson’s fingers a blur that created avalanches of notes and chords, his dazzling prowess often caused listeners to gasp at the speed and sound…” In a live review, No Depression noted “Jorgenson’s dexterity, speed, and beauty on acoustic guitar were astonishing, and one could only watch in awe…I struggle to think of a more accomplished guitarist I have seen on stage.” And NPR has observed that “John Jorgenson has insanely fast fingers – they’re nothing but a blur when he’s notes-deep into a song.”

Rory Hoffman is an award-winning Nashville-based multi-instrumentalist. Raised in North Dakota, Rory started teaching himself to play guitar and piano at age 3 and now plays over a dozen stringed, keyboard and wind instruments, including guitar, piano, and accordion in the quintet. He performs worldwide and has played the Grand Ole Opry numerous times as a soloist and sideman.

World renowned Dutch double bassist Simon Planting has studied with Europe’s finest, including at the Royal Concertgebouw Orchestra and Jazz at the Sweelinck Conservatory in Amsterdam, and has played with the top echelon of jazz manouche guitarists. Now based in San Francisco, he has been a member of the John Jorgenson Quintet since 2009.

Long-time Quintet member and Alabama native Rick Reed spent many years in New York City treating jazz audiences to his remarkable drumming chops before relocating to Nashville, where he has played with a diverse range of artists from Shelby Lynne to Ray Davies from the Kinks.

In 2015, the John Jorgenson Quintet released its most ambitious recording to date, Returning, as part of the limited edition, 3-CD box set, John Jorgenson – Divertuoso (Cleopatra Records), which received widespread acclaim. The masterful quintet can be seen performing on stages all over the world.