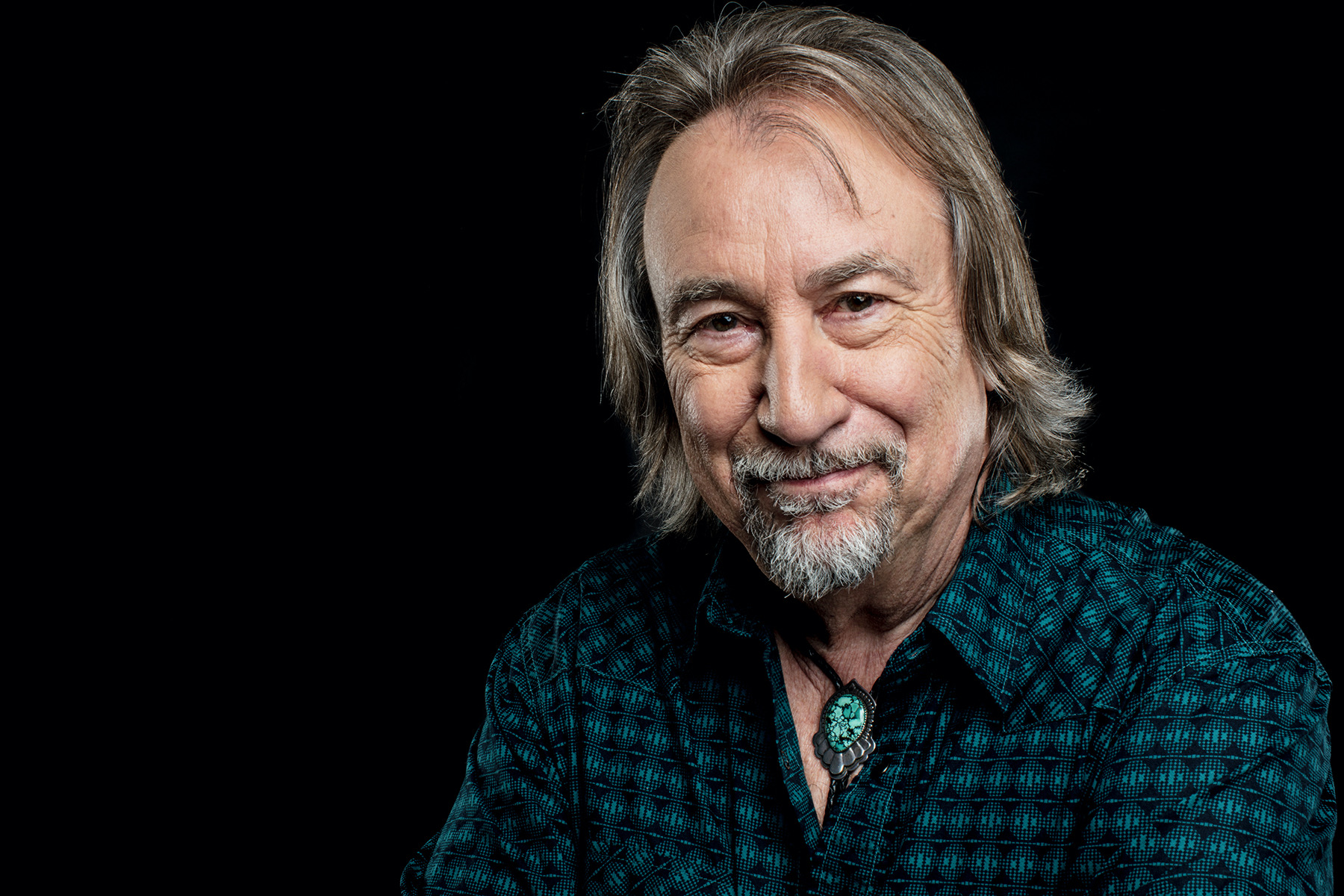 Few musical artists résumés list membership in a band inducted into the Rock & Roll Hall of Fame; fewer still can lay claim to being a founding member of the seminal band credited with creating Country Rock; and only one artist can include all the above in addition to being one half of the most successful duos of the 1970s.

A supremely talented guitarist, Jim Messina began working with the legendary band Buffalo Springfield in 1966 as a recording engineer on their second album Buffalo Springfield Again. In 1967, at the request of the group and Atlantic Records founder and president Ahmet Ertegun, Messina was asked to produce the band’s third and final album. Shortly thereafter, he replaced Bruce Palmer, the bass player, touring and recording with the band up until completion and release of their album Last Time Around.

In 1968, when Buffalo Springfield disbanded, Messina signed a contract with Epic Records as a producer and a recording artist. Along with fellow Buffalo Springfield member Richie Furay, he formed Poco (originally named “Pogo” after the famous comic strip character). The band’s aptly titled 1969 debut Pickin’ Up The Pieces is the only debut album ever to receive a perfect rating from Rolling Stone magazine; the landmark album laid the blueprint for the then new musical genre uniting country with rock music and it blazed the pathway for future multi-million selling artists like the Eagles.

On the band’s, self-titled second album, Poco (also released in 1969), Messina both produced and penned the band’s first hit single "You Better Think Twice” which has endured as one of the group’s signature songs. A copy of the Poco album now hangs in the Country Music Hall Of Fame in Nashville. After producing three albums for the band, Pickin’ Up The Pieces, Poco and Deliverin’ (recorded live in 1970 and released in 1971) - Messina departed and signed on as an independent producer with ColumbiaRecords.

In November of 1970, Messina opened up his living room to record a number of compositions for a promising young songwriter named Kenny Loggins. With the songs Loggins presented leaning more toward folk (a style Messina felt could resign Loggins to the “past”), Messina suggested to Columbia Records president Clive Davis that he consider letting Messina “sit in” in much the same way that jazz artists had done in the past, and that Loggins incorporate more upbeat material into his album.

Says Loggins: “Right from the beginning, Jimmy was the producer, I was the artist. I’d never made a record. I’d never put a band together. I’d never found a manager or an agent. So, Jimmy was the leader...” Leading the way as producer, arranger, vocalist, and guitarist, and contributing the signature songs “Listen To A Country Song” (subsequently also recorded by country music legend Lynn Anderson who had a #3 hit with the song in 1972) “Nobody But You,” “Same Old Wine” and “Peace Of Mind” (from “Trilogy”) the album Kenny Loggins with Jim Messina Sittin' In was released one year later in November of 1971 and an accidental duo was born.

In the next few years, a series of albums would follow in rapid order:1972’s Loggins & Messina, 1973’s Full Sail, 1974’s double-live On Stage, the same year’s Mother Lode, 1975’s cover song set So Fine and 1976’s Native Sons. The Best of Friends greatest hits collection followed later that year and in 1977 another live album fittingly called Finale. When the dust had settled, Loggins & Messina had sold sixteen million albums, become one of rock’s biggest live draws, and cemented their legacy as one of the most successful recording duos ever.

Messina reunited with Poco for the 1989 album Legacy, and established the Songwriters’ Performance Workshop whose purpose, explains Messina, “is to empower the amateur to let go of the fear and embrace the joy of writing and performing their original music.”

In 2004, Messina joined Loggins at a benefit at Santa Barbara’s Arlington Theater and the nearly three decade gap was bridged in an instant; says Loggins: “As soon as we hit the harmonies, I was struck by the fact that I hadn’t heard that sound in a long time,” he says. “It hit me like the Everly Brothers hit me the first time they got back together. There was something that in thirty years I had not been able to duplicate with anyone else. There was a spark that I’d completely forgotten about. It's still there!”

That spark fueled a series of festive shows in 2005 with the duo playing their seminal songs that, says Messina “spoke to a generation, not just to a radio station.” The resulting sold out nationwide tour culminated in the CD and DVD release Loggins & Messina Live - Sittin' in Again at Santa Barbara Bowl. Messina also excavated, remastered and released a single disc collection of the original master analog recordings that he had produced and mixed for the duo during their tenure at Columbia Records entitled The Best: Sittin' inAgain.

Not one to rest on his laurels, Messina’s next musical journey found him releasing the Latin-tinged EP Under a Mojito Moon: Part 1 in 2009 containing new Messina originals recorded only on his Flamenco guitar with sounds reminiscent of Spain and Cuba.

Most recently, Messina has released two live albums. In 2010 he released both a DVD and CD entitled Jim Messina “LIVE” at The Clark Center for the Performing Arts. It contains the video and audio performances of his musical body of works, those he performed with The Buffalo Springfield, Poco and Loggins and Messina, including a number of his newest songs such as She’s Gotta Rock and Sinners and Saints.

Messina’s most recent album release, Jim Messina “In The Groove” with special guest Rusty Young, was recorded live in concert at The Clark Center and The Lobero Theater in Santa Barbara. It has been released both on a 12” Vinyl LP, as well as on an 8 gig “Flash Drive” the size of a credit card and is entitled Jim Messina “Access All’ Music/Video/Data, and can be used for future downloads and discounts.

Because the vinyl LP can only hold 71 minutes of recorded music, it only contains the concert set and not the encore.

However, since the “Flash Drive” is 8 gigs, it holds the entire 101-minute concert and encore. In addition, the Flash Drive contains a 27-minute video Encore (You Need a Man and Your Mama Don’t Dance”), the album’s artwork, the original set list (that was edited down) and the song lyrics.

The album LP Vinyl and the “Digital Flash Drive” contain a number of new songs, many of which Jim didn’t have room for on his previous “LIVE” album. Since Rusty Young is Jim’s special guest at this concert evening, Jim wanted to include Rusty on the songs that they recorded together while working on the Buffalo Springfield and Poco projects. Songs like; Child’s Claim to Fame, Kind Woman, You Better Think Twice, and a few more surprises to boot!

Now, nearly 50 years after first stepping into the studio with Stephen Stills, Neil Young and Richie Furay to engineer Buffalo Springfield Again, Jim Messina is hitting the road with guitar in hand to tell the stories and sing the songs that made Buffalo Springfield, Poco, and Loggins & Messina, iconic American groups.

Concludes Messina: “The road most traveled in my innocence was with this band of poets, and is the same road that “Twists and Turns” as I journey along my musical road of life. For ‘I ride with “Sinners” and I sing with “Saints” and I do what I can to avoid what I cain’t, I’ll pass on the judgment, now you make the call, I’m a playin’ my hand. Oh.. the way the cards fall.’ ”