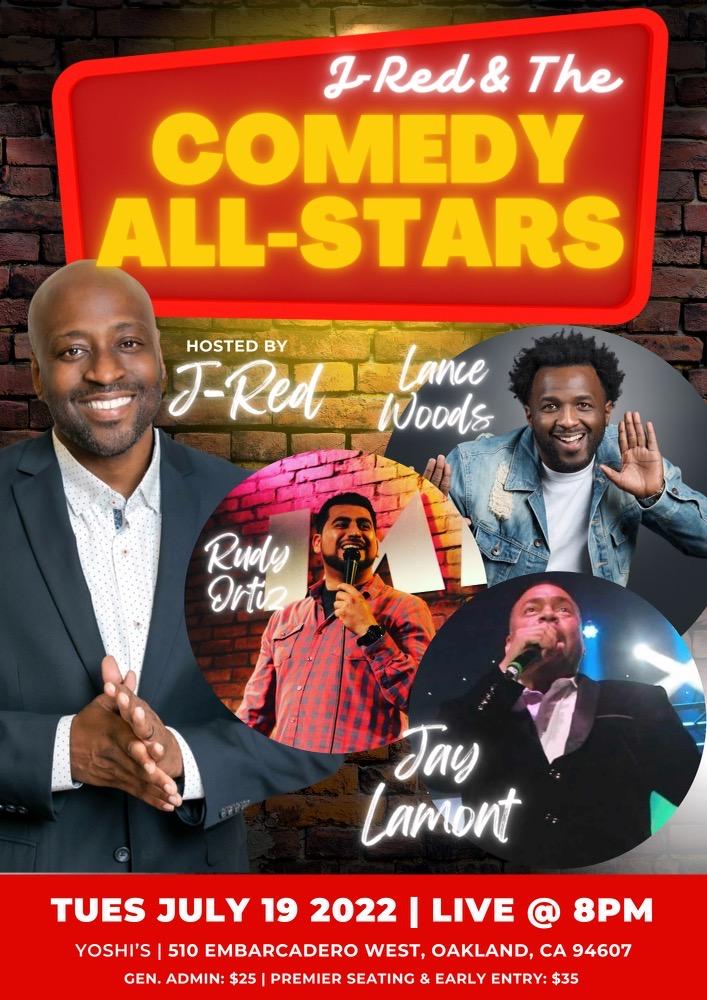 J-Red loves working hard towards his acting and comedy career, sharing his impressive acting skills on screen as well as the stage, starring and even producing local stage plays, hosting events and headlining variety shows. He is humbled and honored to have shared the stage with the likes of many great singers, actors, entertainers, and is the reoccurring Host for the annual “L.A.’s Taste Of Soul” sponsored by McDonalds gathering over 150,000 in attendance every year. J-Red is currently one of the top radio personalities in LA on KJLH 102.3 FM award winning radio station owned by the legendary music icon Stevie Wonder! He uses his platform to support his youth arts foundation called "ADAPT" by spreading God's love, peace & inspiration to his people throughout the community!!

Been seen on BET'S Comic View, Def Comedy Jam and America's Got Talent. Also, he is a vocalist and recording that is performing music concerts as well.

Lance Woods is one of the hottest, most sought after young comedians working today! His high-energy style, unique storytelling ability and clever punchlines give him universal appeal. He has performed at some of the top venues across the country as well as for the U.S. Marine Corp troops in Japan and has also been featured on Amazon prime, AppleTV, Hulu, Fox, ESPN, and NBC Sports. Lance Woods is truly a comic to watch!

“He will make you laugh by any means necessary” -Malcolm X

“I have a dream and Lance Woods has a joke” -Dr. Martin Luther King