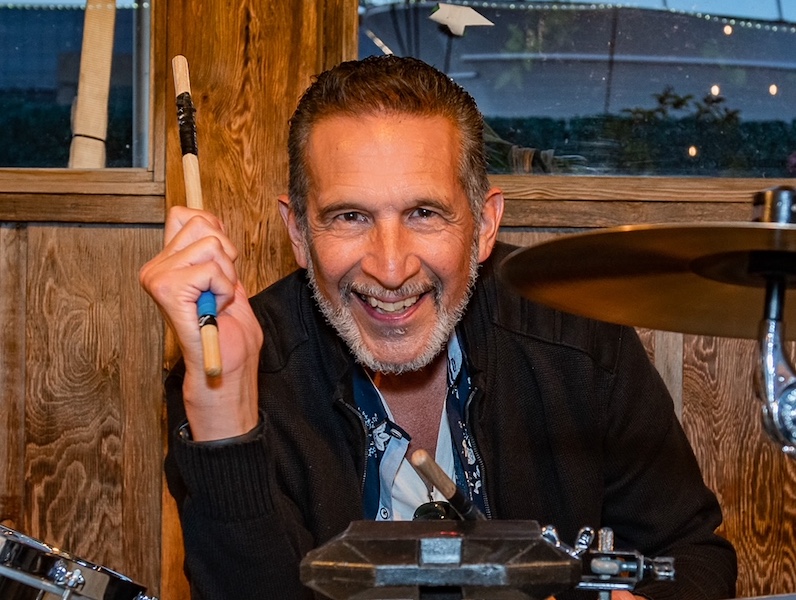 In order to help the devastation Hurricane Fiona left the people of Puerto Rico, PRUMA along with WRPRC and the Salsa Orchestra Leaders of the Bay Area will collectively help promote Hurricane Fiona relief fundraiser at Yoshi's on 10/9/22!

PRUMA and WRPRC will have a table to accept donations to help the people of our beloved island.

Eric Rangel, a multi-talented percussionist/vocalist, has been performing & recording music for the past 20 years. He is a native to San Francisco and is currently residing in the Bay Area.

Starting his career at the age of 15 playing at local tourist attractions & parks, he became efficient in playing many percussion instruments; the timbales being his forte. Eric began performing with small Puerto Rican combos A.KA. "Jibaro Bands" and eventually with the bigger orchestras.

Eric has crafted his musical ability to become one of the most sought after percussionists in the Bay Area's Latin music scene. In addition to performing and touring with some of the Bay Area's finest musicians, he is also a percussion instructor. For the past 10 years, Eric has been teaching music classes & workshops in schools, cultural centers, as well as private instruction. Having been exposed to various cultures, Eric has taught across the U.S. and in some European countries.

He has been fortunate enough to perform alongside some of the worlds' most renowned artists such as Tito Puente, Dizzy Gillespie, Pete, Coke & Sheila Escovedo, Carlos "Patato" Valdez, Francisco Aquabella, Orestes Vilato, Ray Obiedo, Freddie Hubbard and most recently Mickey Hart. Along with these accomplishments, he is a member and currently endorsed by the Latin Percussion Music Group.

At the present time, Eric Rangel is leading his own band "Orq. America" with some of the best local talent the Bay Area has to offer. He has always had the desire to do his own project. Rangel hopes to be in the studio soon recording the music he has grown up with, by doing this he hopes to keep the spirit of his music alive for all to listen to and enjoy!