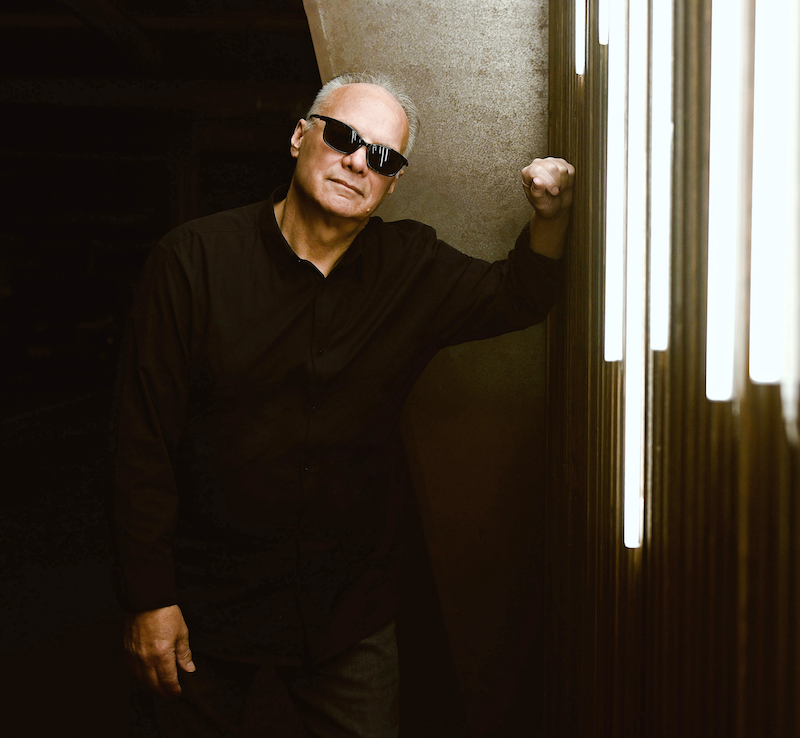 “Curtis Salgado’s range and power as a vocalist are a tour-de-force…hard-nosed blues, beautifully nuanced R&B, phat and funky” –Billboard

“Glorious and memorable…Salgado’s voice is center stage just as it should be. Highly recommended” –Blues & Rhythm UK

Award-winning vocalist, instrumentalist and songwriter Curtis Salgado, the man NPR calls “an icon” with “a huge voice,” is revered worldwide for his ability to wring every ounce of soul out of every song he performs. Salgado is famed not only for his powerhouse live shows and ten previous albums, but also for his passionate and insightful original songs. He has been nominated three times for the Blues Music Award for Song Of The Year, winning in 2018 for Walk A Mile In My Blues from The Beautiful Lowdown. In total, he has won nine Blues Music Awards, including the B.B. King Entertainer Of The Year. DownBeat calls his songwriting skills “an impressive gift.” Billboard says Salgado’s music is “inspired and powerful.” Now, after 40 years of recording, performing, touring and songwriting, Salgado is back with Damage Control, his first full band album in four years, and it’s packed with fresh, original material.

With Damage Control, Salgado has created what he calls “a rock ’n’ roll record with lyrics that hit.” The 13 songs—12 originals and a raucous cover of Larry Williams’ Slow Down (famously covered by The Beatles)—will surprise and delight longtime Salgado fans. Salgado has crafted a soul-searching, street-smart collection of vividly detailed, instantly memorable songs. From the defiant opener The Longer That I Live to the bouncy New Orleans crime story You’re Going To Miss My Sorry Ass to the foot-tapping history lesson of Hail Mighty Caesar to the plaintive honesty of Always Say I Love You, Salgado’s vocals weave, bob and soar, at times jabbing with nuance, and then striking with unlimited power. Of the title track, he says, “Life is all about damage control…trouble and then some. It’s about dealing with what gets thrown at you and saying, ‘I ain’t finished yet.’”

Born in 1954, Salgado grew up in Eugene, Oregon with music all around him. His parents’ vast music collection included everything from Fats Waller to Ray Charles, and his older brother and sister turned him on to the soul and blues of Wilson Pickett and Muddy Waters at an early age. He attended a Count Basie performance when he was 13 and decided then and there that music was his calling. After getting his hands on a harmonica, Curtis began devouring the blues of Little Walter and Paul Butterfield, and taught himself to play.

By his early 20s he was already making a name for himself in Eugene’s bar scene, first as the vocalist/harmonica player of The Nighthawks, and later as co-leader of The Robert Cray Band. Salgado quickly developed into a player and singer of remarkable depth, with vocal and musical influences including Otis Redding, O.V. Wright, Muddy Waters, Little Walter, Sonny Boy Williamson I and II, Lightnin’ Hopkins and Howlin’ Wolf.

In 1977, comedian/actor John Belushi was in Eugene filming Animal House. During downtime from production, Belushi caught a typically ferocious Salgado performance and introduced himself during a break. Once Salgado started sharing some of his blues knowledge, a fast friendship grew. Salgado spent hours playing old records for Belushi, teaching him about blues and R&B. Belushi soaked up the music like a sponge and used his new awareness to portray “Joliet” Jake Blues in The Blues Brothers, first as a skit on Saturday Night Live, then a best-selling record album (which was dedicated to Curtis) and finally as a major motion picture (Cab Calloway’s character in the film was named Curtis as an homage).

Once Salgado joined forces with his friend Robert Cray and began playing together as The Robert Cray Band, he found himself sharing stages with many of his heroes, including Muddy Waters, Bobby Bland, Albert Collins and Bonnie Raitt. After Salgado and Cray parted ways in 1982, Curtis went on to front Roomful Of Blues, singing and touring with them from 1984 through 1986. Back home in Oregon, he formed a new band, Curtis Salgado & The Stilettos, and was once again tearing it up on the club scene. He honed his band to a razor’s edge before releasing his debut in 1991 on the JRS label. After recordings for Rhythm Safari and Lucky Records, Salgado signed with Shanachie Records in 1999, releasing four critically acclaimed albums.

Salgado’s Alligator Records debut, Soul Shot, came out in 2012 to widespread critical acclaim. Blues Revue said Salgado’s music is “triumphant, joyful, blues-soaked R&B” and declared him to be “one of the most soulful, honest singers ever.” He followed up with The Beautiful Lowdown in 2016 and Rough Cut, the potent, stripped-down acoustic album (with guitarist Alan Hager) in 2018. The albums collectively earned Salgado multiple Blues Music Awards—for B.B. King Entertainer Of The Year, Soul Blues Album Of The Year, Song Of The Year and Soul Blues Male Artist Of The Year.

For all of his successes, Salgado is no stranger to adversity. During his career, he has overcome multiple health challenges, battling back from liver cancer in 2006 and lung cancer in 2008 and 2012. In March 2017 he underwent quadruple bypass surgery. He’s not only come back stronger, he’s become one of the genre’s most prolific songwriters, going from writing a few songs per album to writing full albums of original songs.

In 2016, many critics declared The Beautiful Lowdown—featuring 11 original songs—as the best of his career. According to Salgado, Damage Control is even better. He’s excited to bring his new songs to the stage, where the crowd fires him up even more. “I want people to relate to the songs,” he says. “You can dance to it but the words have to carry the weight. I know if a song hits me, it’ll hit others just as hard.” On Damage Control, the hard-hitting songs just keep on coming.