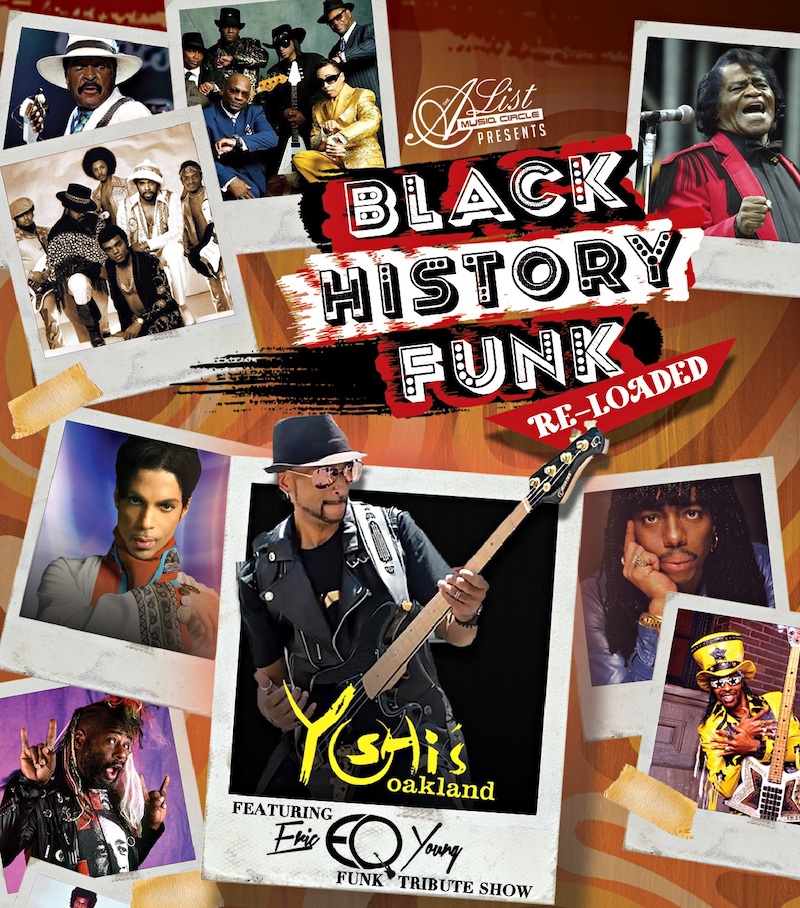 Back by Popular Demand, Black History Funk RE-LOADED is the ultimate funk tribute show featuring, Slap Bass Extraordinaire & Bay Area's Son of Funk, Eric " EQ" Young, reigniting classic funk jams from the pioneers of the 70's 80's & 90's like, Rick James, Prince, Sly Stone, George Duke, George Cliton, Bootsy Collin, the Gap Band & the one who started it all, James Brown & more. You are sure to "Get UP", get down, get funky, get loose as "EQ' resurrects the funk with his funky entourage ready to take you higher @ Yoshi's Oakland, all in Celebration of Black History Month.

Eric ‘EQ’ Young is a musician of honor and integrity as well an incredible showman and talent.  in a world of "flash in the pan" artists and trendy quick fix disposable pop culture; EQ is as solid as they come, a rare musician who connects with his audience on a personal level, putting smiles on faces is what he loves to do. His career has expanded to a new level of industry recognition, Billboard-standard professionalism, with worldwide performing experience.

There’s no doubt that Eric “EQ” Young knows how to get funky, with a slap bass technique inspired by the great, Larry Graham and years on the road as Confunkshun's bass player & secret weapon. Eric is now known as one of the industry's most extraordinary bass sensation gaining the interest of Charlie Wilson, who he currently touring with.