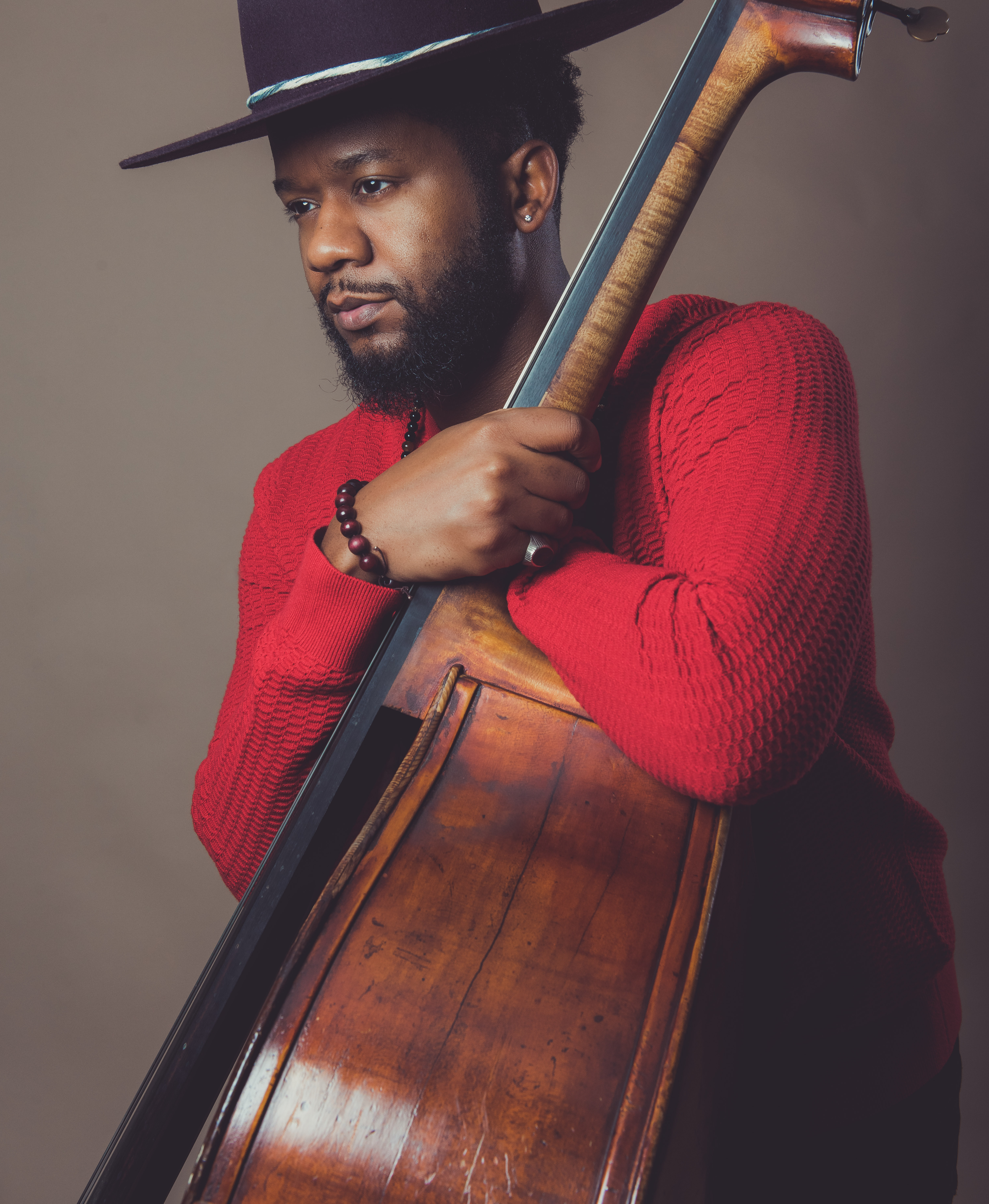 One of the most acclaimed and versatile bassists in modern jazz

For more than a decade, Williams has steadily become one of the most acclaimed and versatile bassists in modern jazz. In 2009, he won the Thelonious Monk International Jazz Competition. He has performed/recorded with such giants as Pat Metheny, George Benson, Stefon Harris, David Sanborn, Lauryn Hill, Wynton Marsalis, Robert Glasper, Maxwell, and Nicholas Payton. In 2013 and 2015 Williams received the DownBeat Magazine Critics Poll Rising Star Award for Bass. Williams became a “Rising Star” when he won the 2009 Thelonious Monk International Jazz Bass Competition Award that landed him his first record-deal with Concord Records. Thereafter, he recorded and released State of Art in 2011 with his band, Sound Effect. The Album received an impressive 4.5 Star Review in DownBeat Magazine and reached #1 on the charts of iTunes and the National BillBoard. He was named the 2011 iTtunes Breakthrough Artist of the Year in the category of jazz.

As a leader, Williams revealed his talents as a keen composer and bandleader on his first two Concord Records albums – State of Art (2011) and Coming of Age (2015). As gripping as those albums are, they don’t prepare you for Williams’ newest album, I AM A MAN, released Rainbow Blonde, a new imprint co-owned by singer, songwriter, and kindred spirit, José James. Sonically, the new album departs grandly from the mostly acoustic instrumental settings of his previous albums. Williams imbued his love for modern R&B and hip-hop and his socio-political awareness subtly on State of Art and Coming of Age. But on I AM A MAN, he brings them to the fore with mesmerizing vocal-centric songs that will surely raise his profile higher in modern soul and rap circles.

With the help from sound engineer Brian Bender, I AM A MAN boasts a humid and hazy sound that recalls Soulaquarian albums released by The Roots, Erykah Badu, Bilal, D’Angelo, Common, and Roy Hargrove’s RH Factor. “I wanted to make this not just a musical statement, but sonically, I wanted to dig into a different sound. We had the opportunity to work in the studio to craft some sounds. What you hear is Brian’s brilliance with engineering. I wanted this record to deal with the past, present, and future,” Williams says.