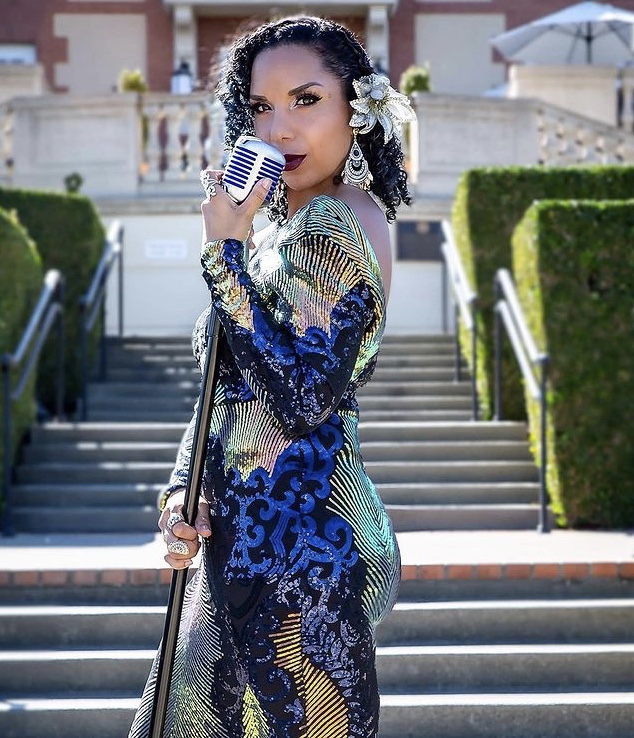 This is NO ORDINARY concert!!! Ariel Marin's soulful tribute to Sade will take you on a journey back to the jazzy vibes of DIAMOND LIFE, the rhythmic grooves of LOVE DELUXE, with other classic covers to entice your musical scenes. Ariel's infectious energy & stage presence displays her true passion to entertain, with a synergetic connection for all to feel & enjoy. Come experience this incredible 4 octave vocalist as she performs your favorite songs by the QUEEN OF LOVE, SADE & More!

The Ariel Marin Band is an award-winning multi-genre band directed by platinum producer & music director, James “Jae E” Earley. With 30 years of combined performance experience between them, they enjoy playing everything from Fleetwood Mac to Motown, sultry sounds of Sade to Top 40 classics. When it comes to Rock, Pop, Folk, Country, R&B, Gospel, & Jazz, they have you covered!! Ariel also enjoys performing songs from her new forthcoming CD “Peculiar People”.

Ariel Marin is a refreshingly eclectic inspirational singer with an angelic “four octave” voice. Having grown up in the San Francisco Bay Area she was exposed to a melting pot of cultures. As a result, her unique music is heavily influenced by a multitude of styles including folk, rock, r&b, gospel, classical, and pop to name a few. Her mother having been a professional rock singer, Ariel spent much of her childhood around recording artists including the Dinosaurs, Tony Saunders, Arlo Guthrie, and the Grateful Dead. Her original songs come straight from the heart and speak to the depths of the soul.

​Her refreshing new music can be found on iTunes, Amazon, SoundCloud, Spotify and all other streaming outlets. Home (arielmarinmusic.com)