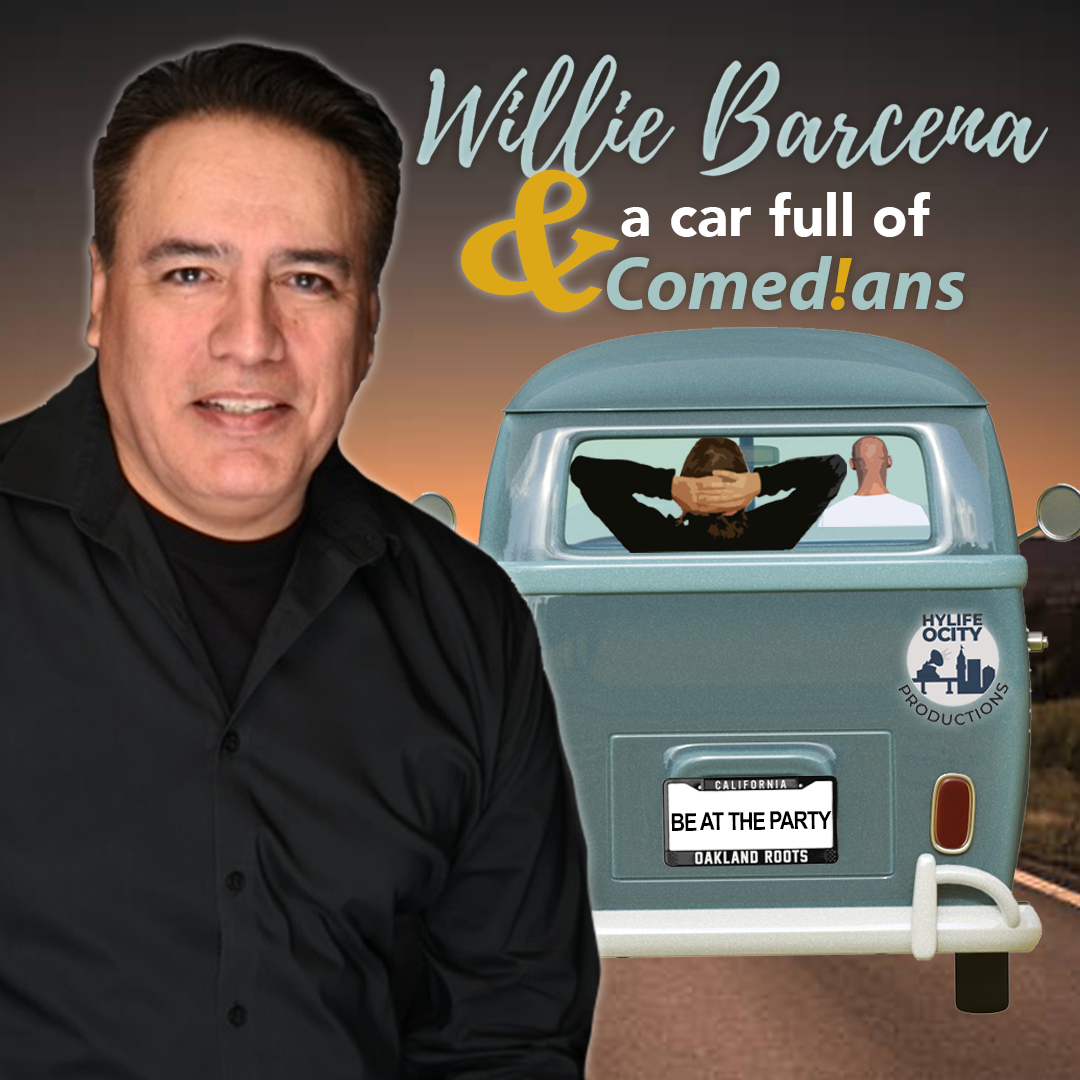 WILLIE BARCENA AND A CAR FULL OF COMEDIANS

First generation Mexican- American, Willie arrived at age six and grew up in East and Northeast L.A. with a tough single mom, no father, streetwise, among gang bangers and blue collar. Early on, Willie learned to question everything.

A devoted road comic for over two decades, Willie regularly headlines comedy clubs sharing his unique voice and provocative personality. Unrepentant and outspoken, Willie is reliably funny and twisted, an old school badass — and he’s garnered a widespread underground fan base across America from his live and TV appearances.

Between 1996 and 2011, Willie had eleven appearances on THE TONIGHT SHOW WITH JAY LENO (the most of any Latino comedian), and three broadcast one-hour comedy specials:

His fourth one-hour special is currently prepping for an early 2021 shoot.

Additionally, Willie has written a pilot for a half-hour comedy docu-series based around his experiences, called CRAZY’S NORMAL.

Willie’s real life as a husband, sports coach, and father of three millennial sons has been an endless source of material and a unique vantage point on society and its stereotypes.