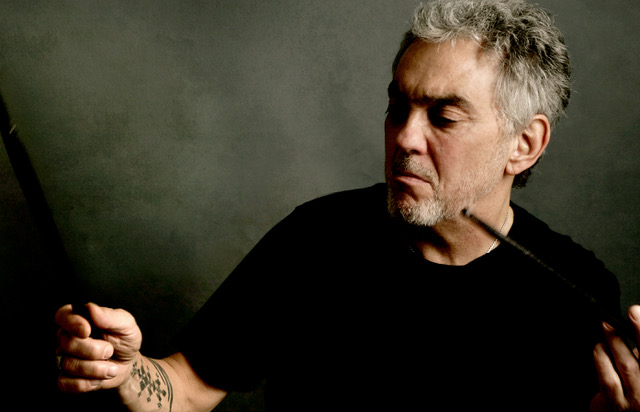 Steve Gadd is one of the most sought-after studio musicians, in the world. Regarded as one the most influential drummers in contemporary music, Gadd can play anything, easily bridging different musical styles. His feel, technique, and musicality on such tunes as Paul Simon's "Fifty Ways", Steely Dan's "Aja", and Chick Corea's "Nite Sprite" were so awe-inspiring and his concepts so innovative that they instantly assured his special position in the history of the percussive arts. Gadd attended the Manhattan School of Music for two years, and then went on to finish at Eastman School of Music. Prior to that, he studied privately with Bill and Stanley Street and John Beck. He established himself with the great Chuck Mangione, and then spent three years in the Army prior to coming to New York City for studio work in 1971. Gadd rapidly rose to prominence on the studio scene. His resume includes a variety of artists, including Carly Simon, Phoebe Snow, Aretha Franklin, Al DiMeola, Stanley Clarke, Rickie Lee Jones, Tom Scott, Frank Sinatra, and Stuff. After a period of touring and recording with his own band, the Gadd Gang, he provided the spark that ignited Paul Simon's South African inspired, Grammy Award-winning recordings and dynamic live touring band. Today, Gadd is as busy as ever, balancing frequent recording dates with a hectic touring schedule that includes high profile artists such as Eric Clapton, James Taylor, Kate Bush, and Paul Simon. He also has been equally passionate about producing some personal projects on which he also plays drums: The Gaddabouts (w/Edie Brickell, Andy Fairweather Low, & Pino Palladino), Mikarimba (w/Mika Stoltzman & Eddie Gomez), Steve Gadd & Friends, L’Image (w/Tony Levin, Mike Mainieri, Dave Spinozza, & Warren Bernhardt), Pedro Martinez Group, and…Steve Gadd Band!