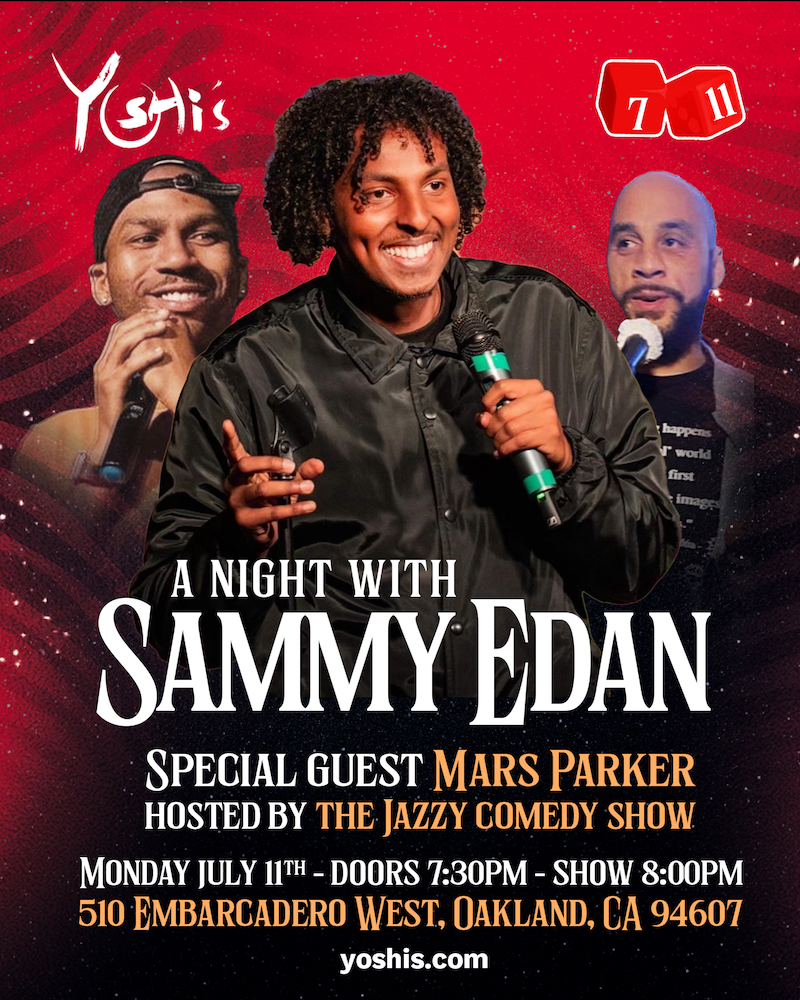 Sammy Edan is a Somali-American Comedian based in Sacramento, California. He was born in Oakland but was raised overseas for 18 years. He was raised in London, UK until he was 6 years old with his British Mother and Grandmother before his dad got a job in Qatar and moved the whole family to live in the Middle East until he turned 18.

Sammy moved back to America at 18, where he navigates the USA as an American Tourist and somehow ends up in the strangest situations.

"Over 80 million views in the last year on social media videos with 800K followers on TikTok!"